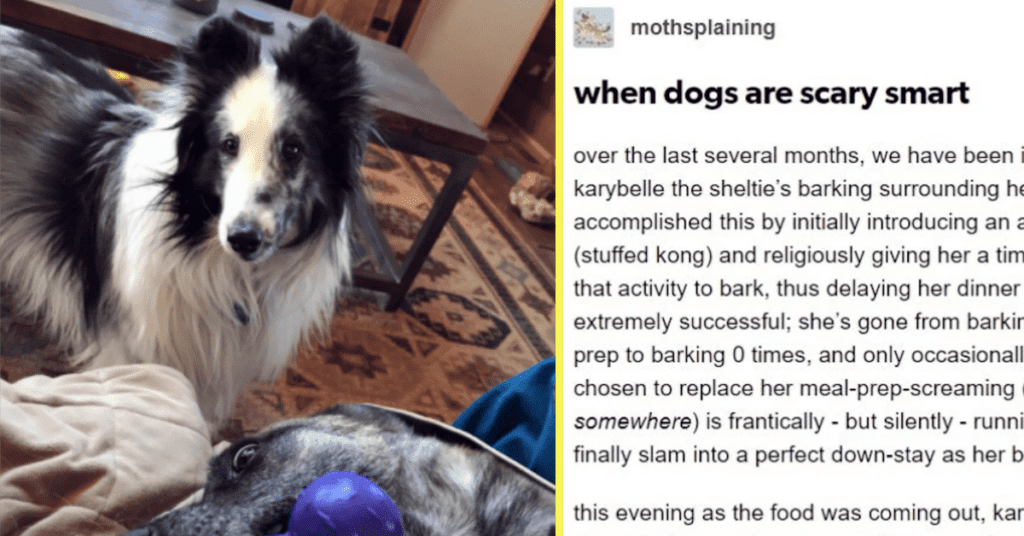 We all know that dogs are smarter than we are.

Exhibit A – my dog whines like a maniac if I work one minute past 5 pm.

But a recent Tumblr post revealed that sometimes a good boy is more than just smart.

Colorado based @mothsplaining has a couple of different Tumblr accounts dedicated to, among other things, gorgeous pictures of beautiful dogs.

One of them is a Sheltie named Karybelle… who’s QUITE a looker.

Over the last several months, we have been implementing a protocol to eliminate karybelle the sheltie’s barking surrounding her mealtimes.

We have accomplished this by initially introducing an alternate activity during prep time (stuffed kong) and religiously giving her a time out gated in the yard if she stops that activity to bark, thus delaying her dinner until she’s quiet.

Who knew you could give a dog a time out?

Something tells me this would not work with my dog, who is not trained in the slightest.

But for Karybelle, it worked!

This has been extremely successful; She’s gone from barking literally 100+ times during meal prep to barking 0 times, and only occasionally slips up.

Proving that Karybelle is a very good dog. But there’s always a trade-off, isn’t there?

The behavior she has chosen to replace her meal-prep-screaming (after all, that energy has to go somewhere) is frantically – but silently – running circles around the coffee table to finally slam into a perfect down-stay as her bowl is set down.

But sometimes even good doggos have to make a little noise.

This evening as the food was coming out, karybelle seamlessly slipped into her silent circling routine. except after a couple of reps, she abruptly changed course, yeeted herself out the dog door, barked once, and immediately jumped back in to resume her circling.

She actually PUT HERSELF into timeout for a second!

If that isn’t a demonstration of crystal clear understanding of criteria, i…don’t know what is lmao.

Fellow Tumblrs were appropriately amused. Even if they’re not Kong-using pet parents. 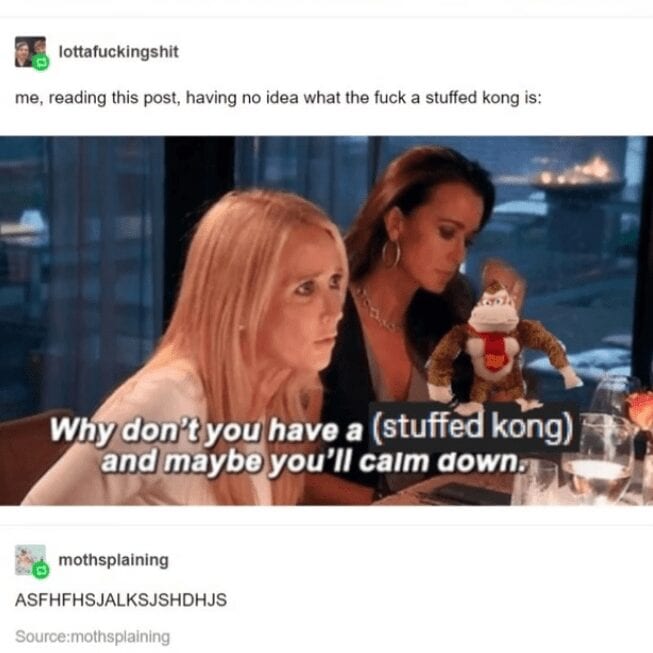 Others noted that the experience was all too human–one we are all familiar with. 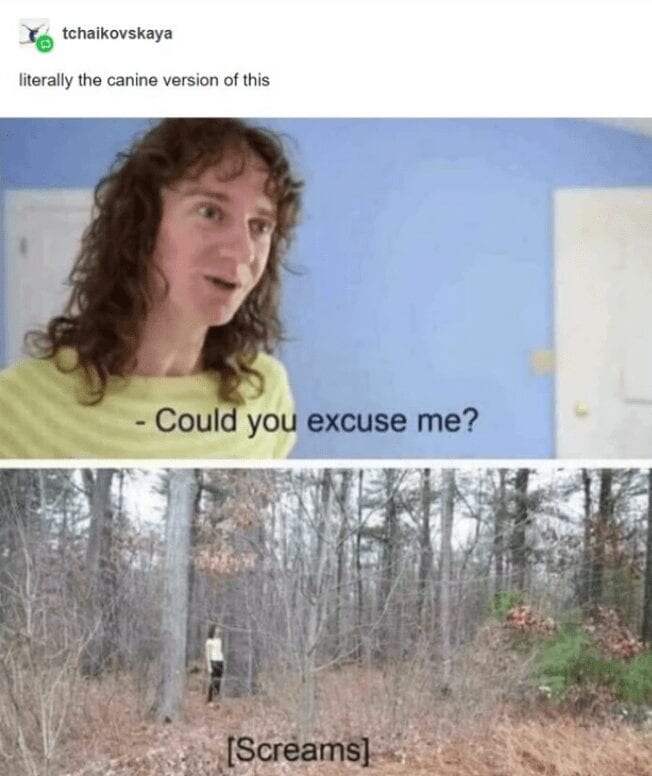 What do you think? Is Karybelle basically a genius?