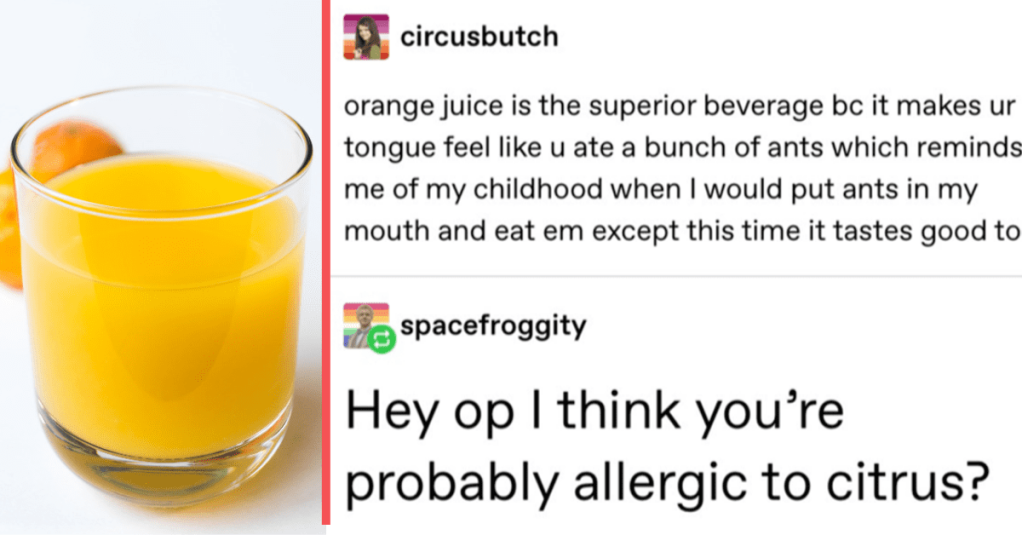 The thing about food allergies is that sometimes people don’t realize they have them.

Recently a Tumblr thread went viral with users talking about their physiological responses to certain foods and mostly making light of the allergies.

It started when user @circusbutch posted about their love of orange juice, and the nostalgia it evokes. 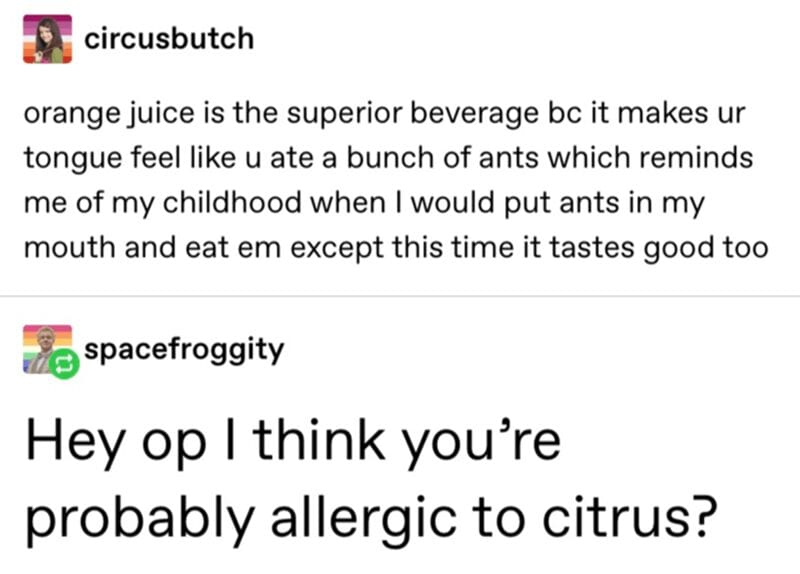 Good on @spacefroggity for not simply scrolling on by.

I have family members whose tongues itch when they eat certain fruits, otherwise I would not have known this was a thing.

Another user responded with either a mistyped question or statement about the OJ inducing itchy tongue.

Then another poster reposted an old conversation with @kramergate describing their their own potato allergy–and how, like many of us, it doesn’t stop them from enjoying potatoes! 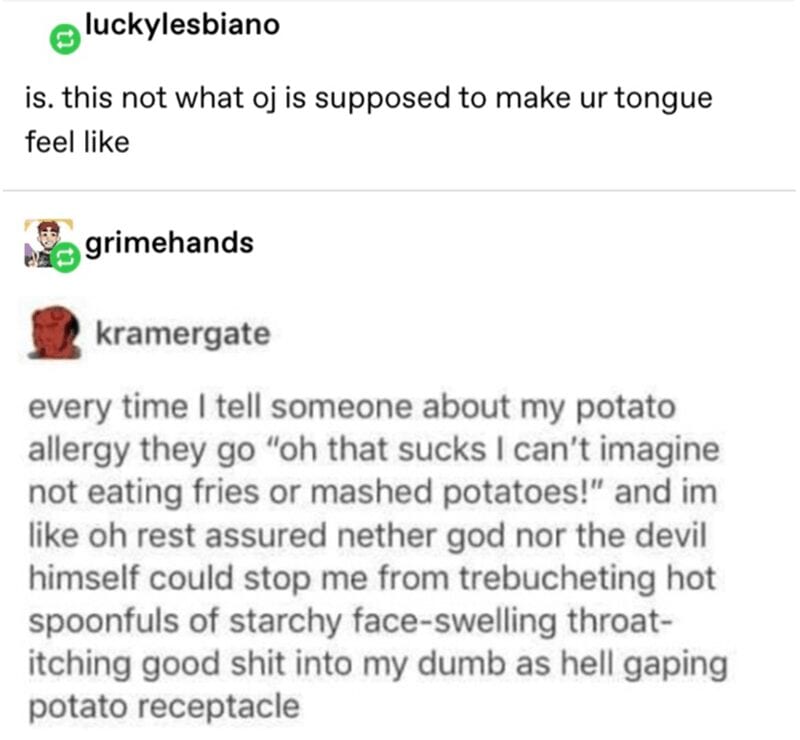 Potato sweats. That sounds pretty horrifying if I’m being honest. 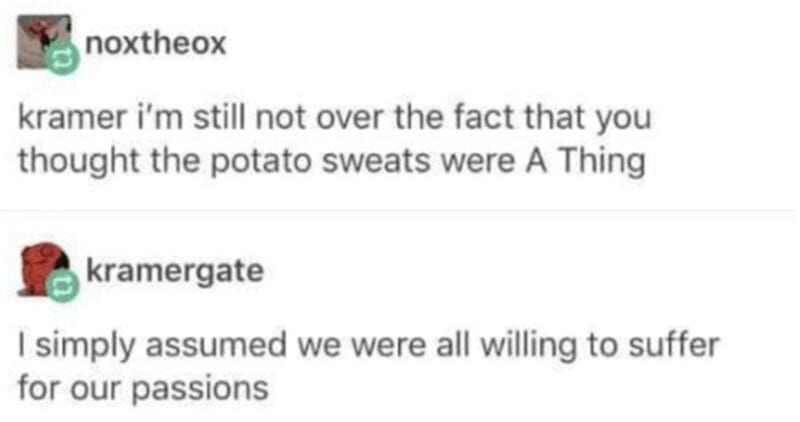 I mean, I like fries as much as the next person (or maybe not), but usually when I have an adverse reaction to food I’m less inclined to eat in the future.

Other users went on to describe additional bad reactions to different kinds of fruit.

@darkersolstice talked about kiwis which, fun fact, I learned were in the melon family when I gave one to my then-boyfriend and his tongue swelled up. 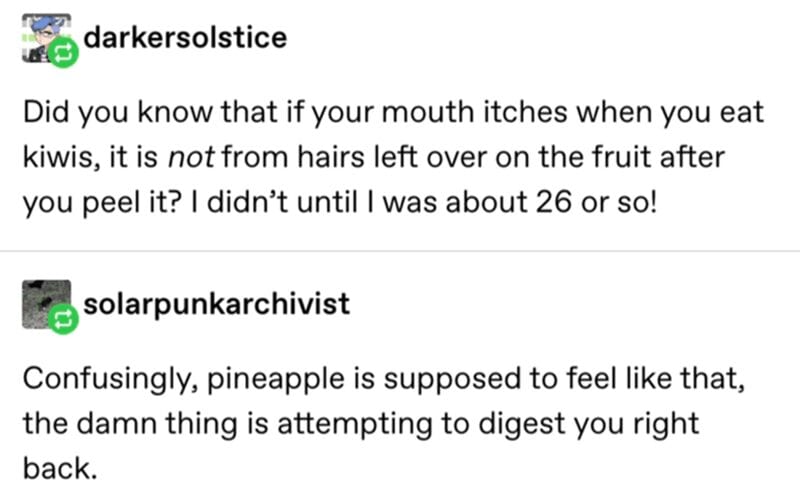 I had to go verify that claim, because depending on how fresh it is, I absolutely have that burning sensation with pineapple.

And @solarpunkarchivist is right! According to Spoon University:

Pineapple is the only food known to contain bromelain, an enzyme that digests protein. The truth is, pineapple hurts to eat because bromelain is digesting the tender skin inside of your mouth.
The pineapple is eating you.

Another user chimed in about peanut allergies and @demonsgold had enough.

But the very best comment came at the end of the thread.

I’m with you @calamity-ashley. That’s what I focused on too.

Do you have any foods that you didn’t always know you were allergic to? Tell us in the comments.