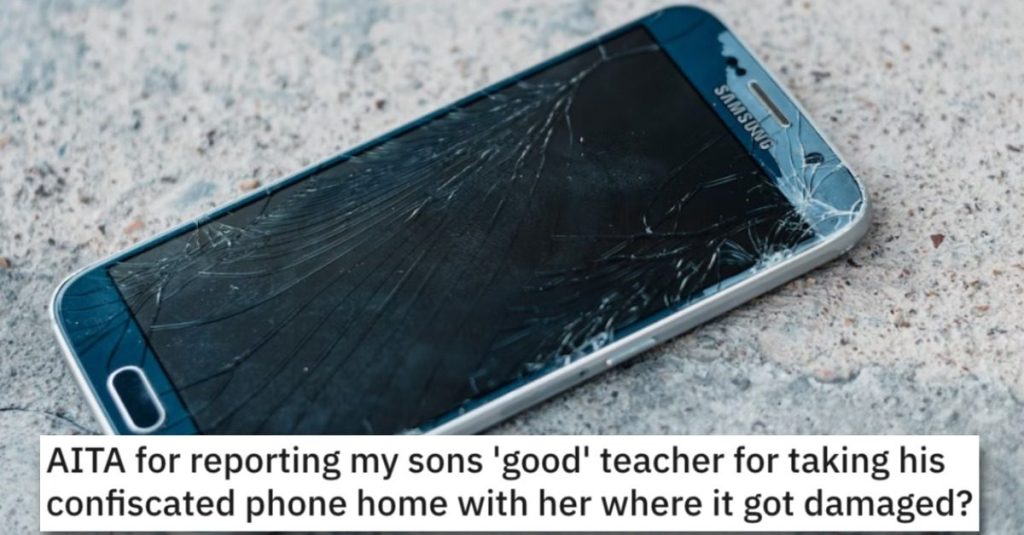 Was She Wrong for Reporting Her Son’s Teacher Over a Confiscated and Damaged Phone? People Responded.

I gotta say, if this happened to my child, I think I’d be reporting this teacher, too.

But don’t take my word for it!

Check out this story from Reddit’s “Am I the A**hole?” page and let us know if you think this parent went too far.

AITA for reporting my son’s ‘good’ teacher for taking his confiscated phone home with her where it got damaged?

“Last week Friday my son (10) got his phone confiscated at school.

He was mucking around with it during class and the school rules are clear about phone usage during class without permission so I totally understood. The normal protocol is that the phone would go to the office where it would be returned to the student at the end of the day or the next day.

His teacher however apparently forgot to stop by the office before going home after school so she accidentally took it home with her and through some negligence, the phone broke in the hands of her toddler. Admittedly she was very upfront about it and even came to our house personally to tell us what happened and apologise which I respect.

She suggested the repayment plan for the phone and offered an old phone of hers for him in the meantime but it was essentially a brick with a screen. After she left I sent an email to the school about everything simply because I think it something the school should also be involved in since she’s a teacher and easily took home a confiscated device albeit by mistake. Received a response Monday morning apologising for what happened and promising to address the issue.

So my SIL works at the high school but s**kes with the teachers at the junior school which is where she bumped into this teacher who was p**sed and said that we were being a**holes reporting it since she already promised to pay for the phone, offered an alternative and is a good teacher so we’re messing with her career unnecessarily.

This person said she’s NTA and the teacher’s little kid should not have been able to mess with it. 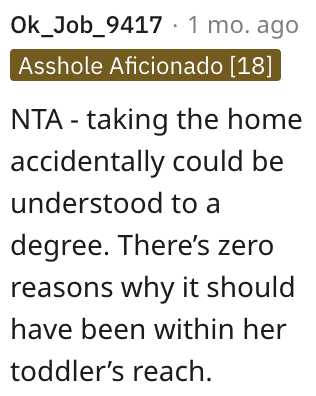 And this individual had a different take on what might really be going on here. 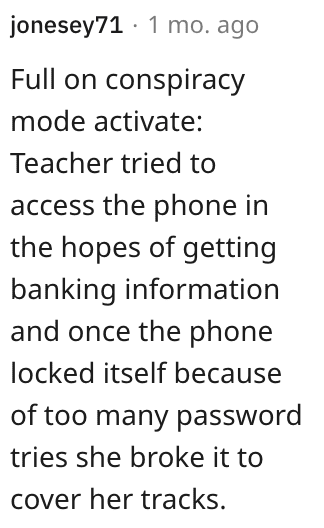 Another Reddit user said she’s NTA and that the teacher broke the rules, plain and simple. 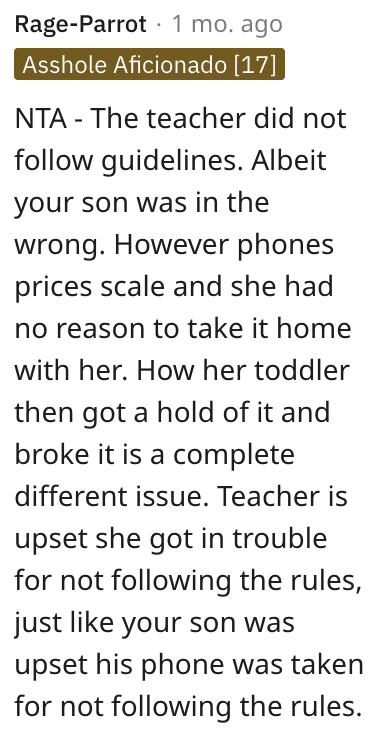