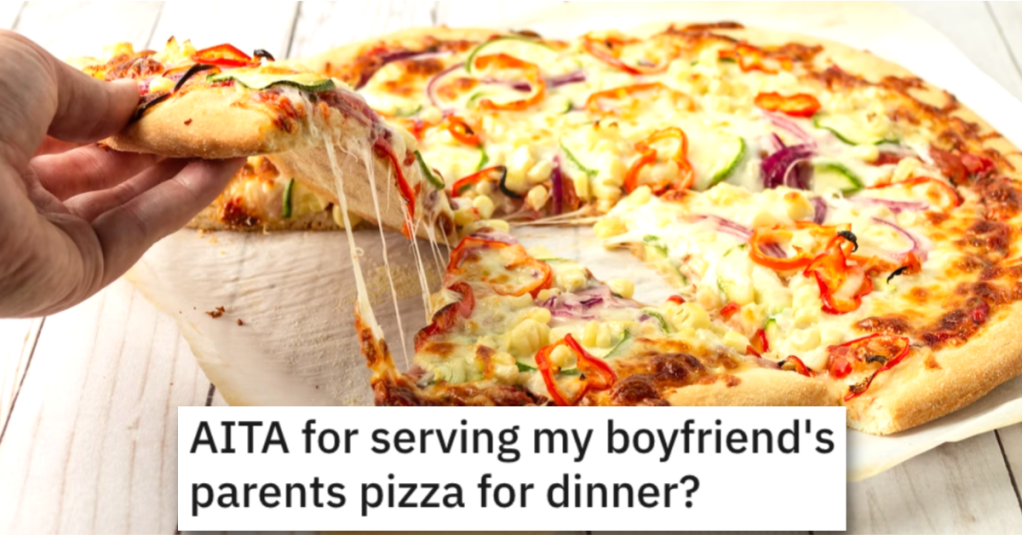 Was She Wrong for Serving Her Italian Boyfriend’s Parents Pizza? People Responded.

And, going a step further, who would be offended if someone served them pizza?

Check out this story from Reddit’s “Am I the A**hole?” page and see if you think this woman was out of line…

AITA for serving my boyfriend’s parents pizza for dinner?

“So this happened last night. I’m still hella confused by this whole thing.

So, I f28 have been dating my boyfriend m31 for 7 months. His family are of italian origins and they take a lot of pride in it.

They invited me over to their house several times. Last night, his parents came over to the apt for the first time. They said they were visiting a friend and decided to stop by for dinner. I freaked out when they said dinner because it was late, and I was working and had no time to cook. So I ordered pizza for all of us.

The second his parents saw the pizza they got pissed. His dad gave me a nasty stare then said that I “intentionally” served them pizza just because they were “italians” in other words he claimed I was mocking them and their food and assuming that just cause they’re italian then they’d only eat italian food which he called “r**ist”.

I was confused I said I didn’t think it was interepreted that way but he said “If you have asian guests over do you serve them sushi? how would you like if we only serve you macdonalds and fries every time you visit since that’s what americans eat?”

I was stunned by his words. basically, he was saying that just because they’re italian then I shouldn’t assume they’d like to have pizza but…who doesn’t like pizza?. He and my boyfriend’s mom got up and said they wanted to leave. My boyfriend tried to get them to stay and take it easy but they left eventually.

He blew up saying I messed by serving them pizza and “insulting them indirectly” he told me to call and apologize but I said no and that I didn’t have time to cook anything after they showed up unexpectedly. He got more upset and asked if his parents needed permission to visit him I backed off thinking he’d call down. nut he kept saying I insulted his parents and I need to apologize.

One person said she’s NTA and her BF should have just cooked for them if he was so worried about it. 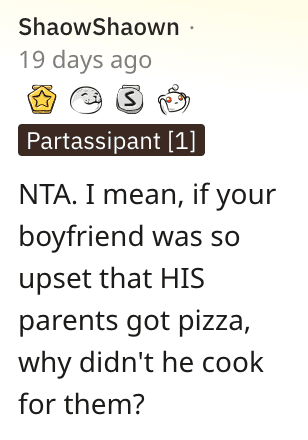 Another Reddit user he should figure it out for the next rude guests he has over. 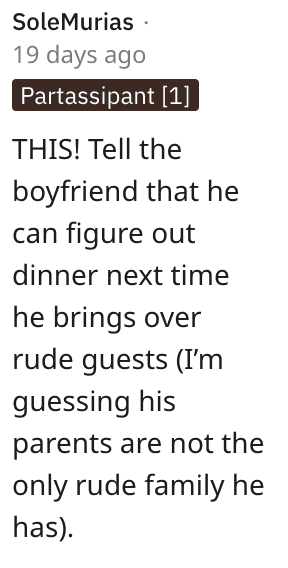 And this individual said this guy’s parents sound like they’re the a**holes. 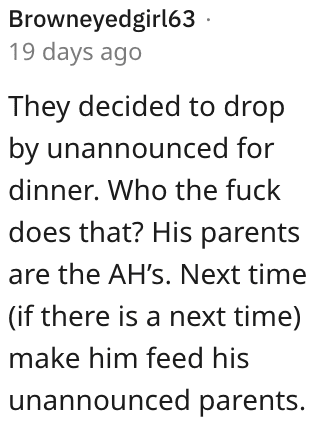