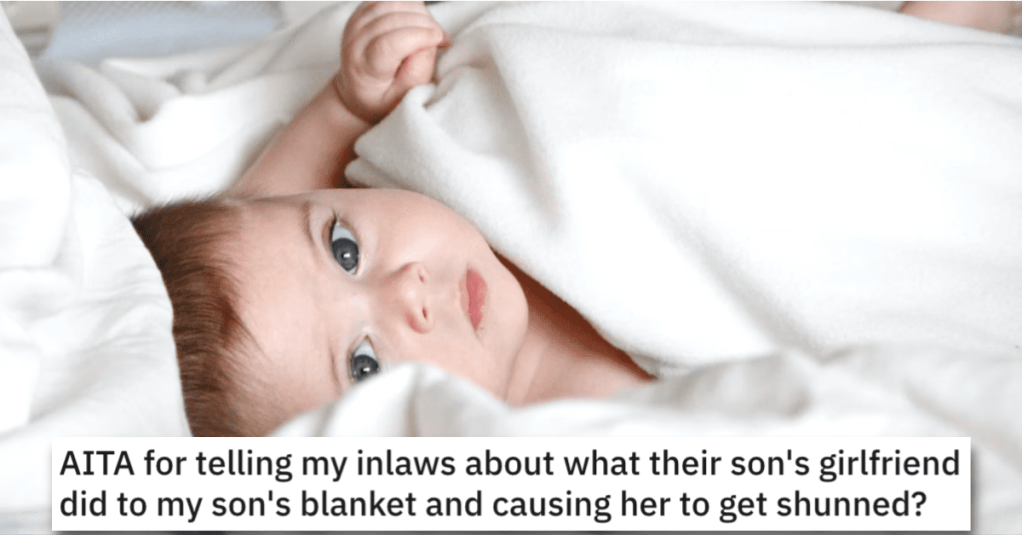 Being shunned is no fun at all…

And if you’ve been on the receiving end of the shunning game, you know that it can be hurtful and humiliating…

And in today’s story from Reddit’s “Am I the A**hole?” page, a woman wants to know if she’s out of line for causing someone to get shunned by her in-laws.

AITA for telling my in-laws about what their son’s girlfriend did to my son’s blanket and causing her to get shunned?

“I F,33 found out that my ex husband M, 37 was cheating on me when I was 7 months pregnant with our son.

I got a divorce and we share custody of our 3 yro old son. My ex husband’s girlfriend tried to get involved in my parenting several times, she even commented on my son’s name implying that we should agree on a name we all want not just what I wanted, and tried to dictate what he should and shouldn’t have. As a result she started throwing stuff of his that I paid for myself.

Honestly it’s frustrating because I’m barely getting by with the money I have and can not afford to buy replacement for all the stuff she throws put but my ex husband says it’s her “house” and she gets to decide what can and can’t enter.

I made a crochet blanket for my son with his name on it. This blanket is special to me, and the tools I used to be able to make it cost me money. Not to mention the time and effort it took to get it down.

I sent my son to stay with his dad days ago, and he wanted to take the blanket with him to sleep with it. I don’t know exactly what happened, but when I came to pick him up he told me his dad’s girlfriend took it away from him and threw it out leaving him with no blanket to sleep with at night as “punishment” for him for not accepting the one she offered.

I was furious. I called his dad but he hung up on me, I sent him a text explaining the situation, but he texted back telling me that I should stop the drama and go look for a job if I have so much free time on my hand instead of picking on his girlfriend.

I felt frustrated I visited his family who are good to me and told them about what their son’s girlfriend did, now it’s worth mentioning that she’s been working hard for their approval and to get on their good side. They were shocked to know about what she did they all flipped out on her and started calling her out. My SIL took it further by putting this on social media which made other family members see what she did.

My ex husband called me yelling about my “pathetic attempt” to turn his family against his girlfriend. I could hear her freaking out in the background while he was lashing out at me saying I ruined every chance she had to have a good relationship with her “future inlaws”.

I hung up and felt absolutely horrible, even though I was just venting to his family about what happened and felt frustrated. Maybe I shouldn’t have told them? I’m not sure anymore since the whole family aren’t speaking to her si that might have epa lasting impact on their relationship with her.”

Check out what people on Reddit had to say about this story.

One reader said she’s NTA and she needs to document everything that’s going on here. 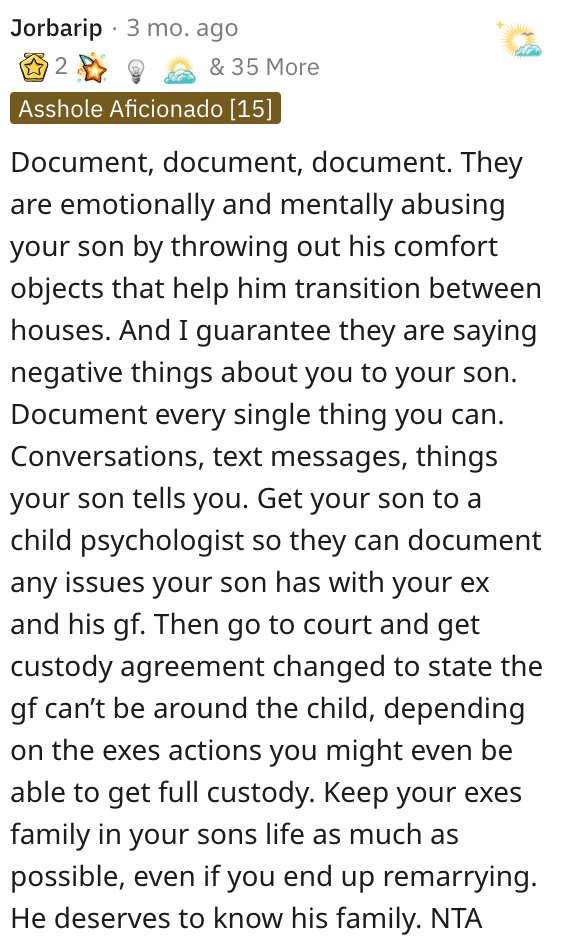 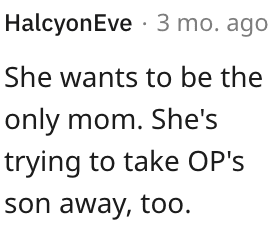 And this individual said she’s NTA and that every clan has a bad apple…looks like they found the rotten one in this bunch. 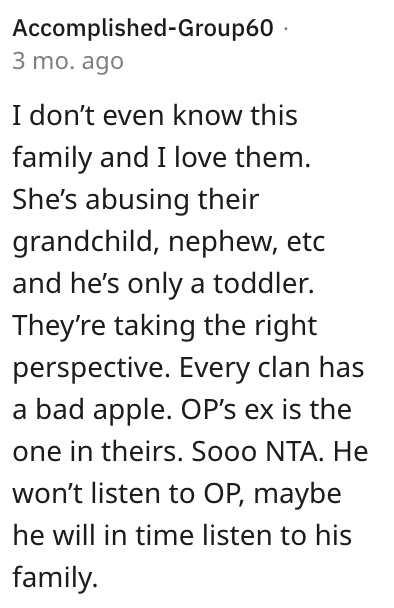