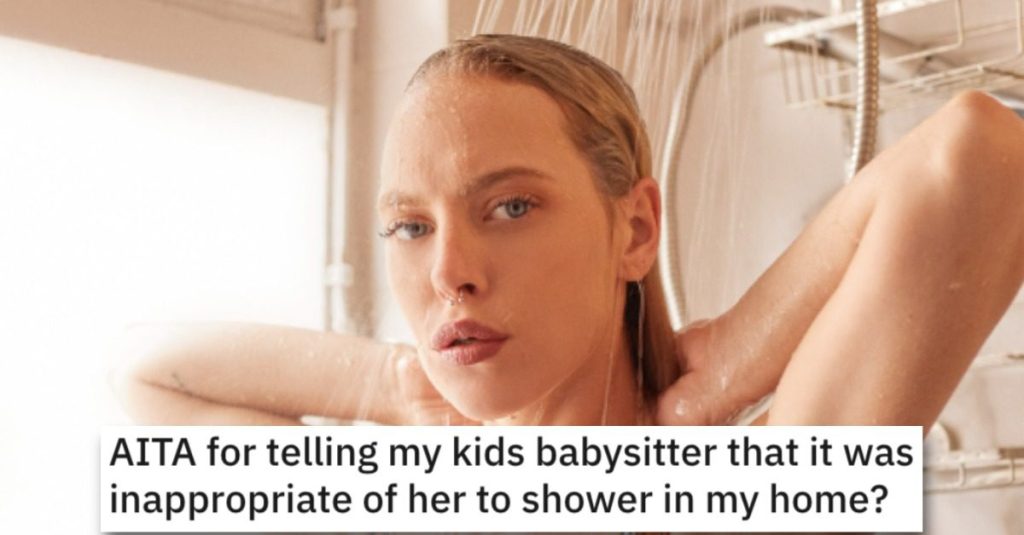 Was She Wrong for Telling the Babysitter It Was Inappropriate to Shower at Her House? People Responded.

Are babysitters allowed to help themselves to anything they want in other peoples’ houses?

And does that include the shower?

But check this story out for yourself and let us know what you think in the comments.

AITA for telling my kids’ babysitter that it was inappropriate of her to shower in my home?

“I hired a babysitter for my 5 and 3 year old kids 2 weeks ago. My husband works shifts while I work long hours at a marketing company.

So far we’ve had no issues til yesterday. I came home at 6pm and noticed the babysitter’s wet hair and new clothes. She told me she took a shower after one of the kids spilled milk on her. I was confused but visibly upset but she tried to “reassure” me the kids were fine, because my husband watched them while she took her shower which only lasted for few minutes.

I was more confused that my husband was home when he had a shift to cover. I told her I didn’t think it was appropriate of her to shower in my home like that. She argued that it was fine and that she had no choice and couldn’t leave the milk on her like that. We argued and my husband heard the commotion and got involved.

He said it was not as big of a deal as I was making it out to be but I told the babysitter that I did not appreciate how she basically ignored how I felt about this and dismissed my feelings still. She went home, but we still argued on the phone. She thinks she’s done nothing wrong and said I was being unfair when I mentioned potentially cutting from her salary after that.

My husband keeps saying that I’m overreacting and the “poor girl” couldn’t handle having milk stains on her body and clothes. But I couldn’t help feel it was inappropriate and she shouldve checked with me.

AITA for my reaction?” 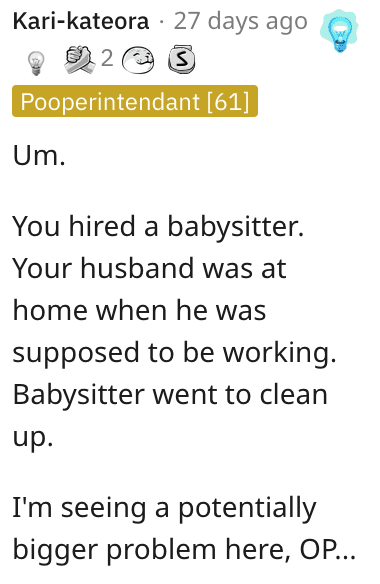 And another reader said this woman is taking out her unhappiness with her husband on the babysitter. 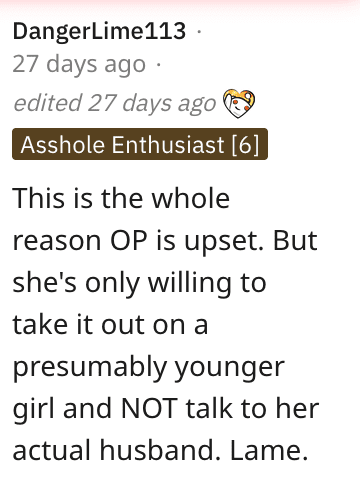 And another individual said EVERYONE SUCKS HERE…and they explained why.