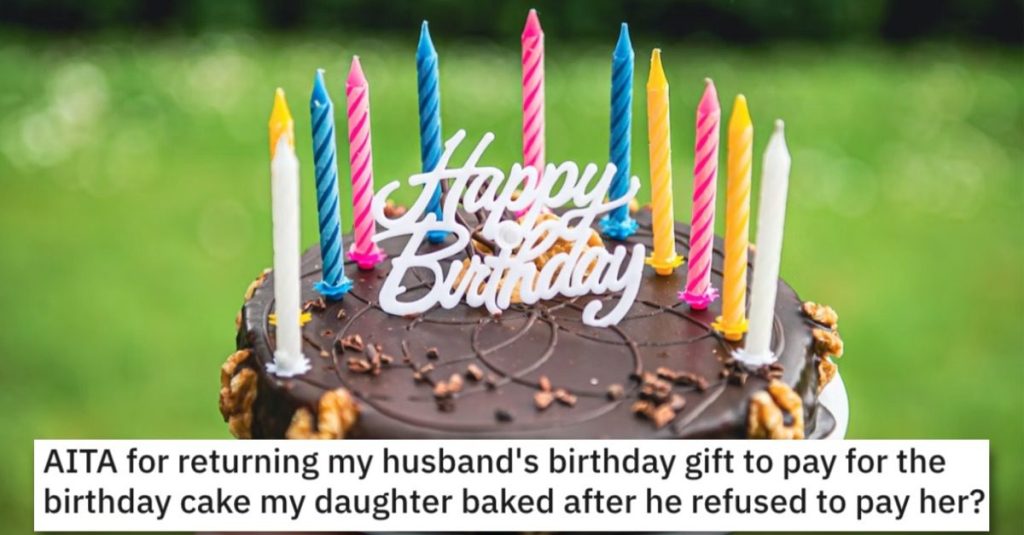 Ladies and gents, it’s time for yet another story from Reddit’s “Am I the A**hole?” page about things going a little haywire between married folks…

And this one has a unique twist on it!

So dig in and see if you think this woman was out of line for returning her husband’s birthday gift.

AITA for returning my husband’s birthday gift to pay for the birthday cake my daughter baked after he refused to pay her?

“My daughter (16) has a thing for baking, she bakes cakes and some (I said some not all!) sweets and makes money out of it by selling her work to relatives, friends and supposedly us!

My husband’s (Her stepdad) 45th birthday took place days ago. He asked my daughter to bake him the birthday cake and she agreed. I told him about paying her to which he responded with “pfff pay her? Get outta here, I’m her dad!”. I insisted seeing she’s “a yes” person and a people’s pleaser so won’t outright demand the money from him. He said he’d pay but days went by and he didn’t pay her a cent.

I decided to go ahead and sell the wrist watch I bought him as his birthday cake and pay her for her. He found out and went off on me. I told him he had enough time and should have paid her seven before he received the cake. He said that I was teaching her to treat familial relationship as “transactional” and raiding her to be “materialistic”.

I explained the time, effort and even money she put towards making the cake but he lashed out verbally calling me an asshlle for making this move and for enabling my daughter to expect so much from family that she’s supposed to help with nothing in return.

He’s furious and told almost the whole family about how I took back his birthday gift and returned it. I got enough shame from family members to begin to think that I might be an asshole for how I dealt with this.

Ya’ll, my daughter did want and expect to be paid. If she intended for it to be for free then I would have kept my mouth shut. And also the wristwatch isn’t expensive. I kept the rest of the money after giving my daughter her share.”

One person said she’s an a**hole and said…who does this? 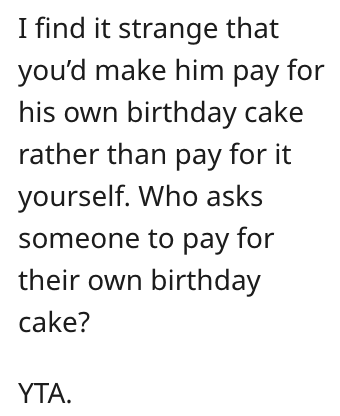 Another Reddit user asked why this situation turned out this way… 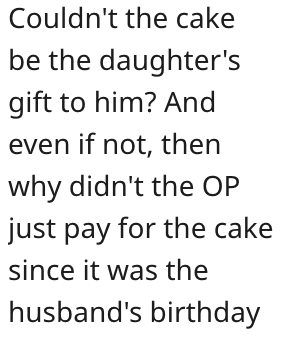 And this individual said she’s an a**hole and they wouldn’t want to be married to her.