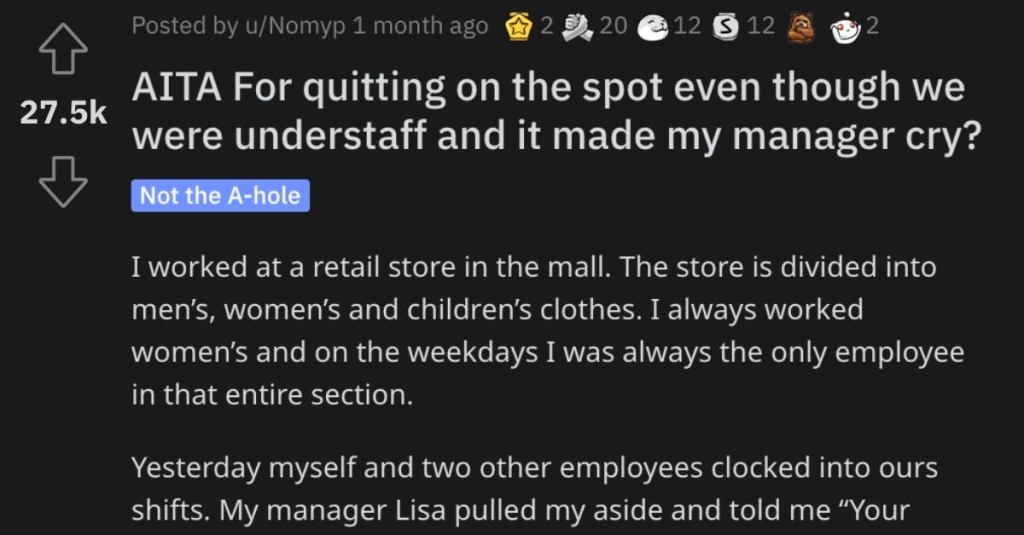 Was This Person a Jerk for Quitting Their Job and Making Their Manager Cry? People Responded.

The manager you’re about to meet in this story from Reddit’s “Am I the A**hole?” page doesn’t seem too bright, if I’m being brutally honest…

But we want you to read this whole story and make up your mind for yourself!

Take a look and we’ll see you in the comments!

AITA For quitting on the spot even though we were understaffed and it made my manager cry?

“I worked at a retail store in the mall. The store is divided into men’s, women’s and children’s clothes. I always worked women’s and on the weekdays I was always the only employee in that entire section.

Yesterday myself and two other employees clocked into ours shifts. My manager Lisa pulled my aside and told me “Your dads called the store five times asking for your schedule please tell him to stop”. I got extremely confused because that didn’t sound like something my dad would do.

I even texted him and he said he never called the store once. I had a bad feeling and asked Lisa if she gave “my dad” my schedule and she did she did. I then told her that wasn’t my dad and she had no right telling a strange man my schedule. She got annoyed and told me that it wasn’t a big deal and I was being dramatic.

I then quit on the spot which only left her and two other employee to watch the entire store. She kept apologizing and even burst into tears because they were understaffed.

This reader said that the manager in this story messed up in a major way. 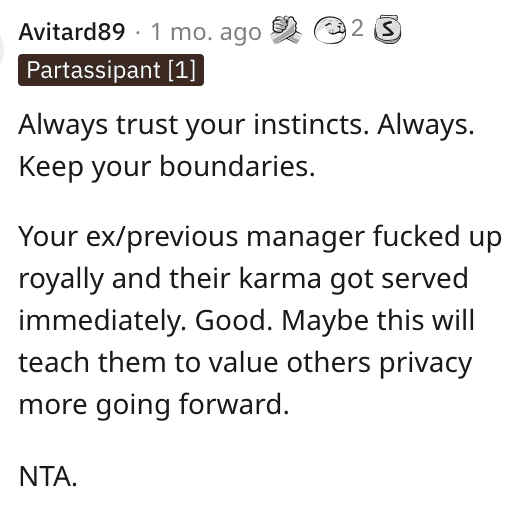 And this Reddit user said that this worker should have gone to HR because of this. 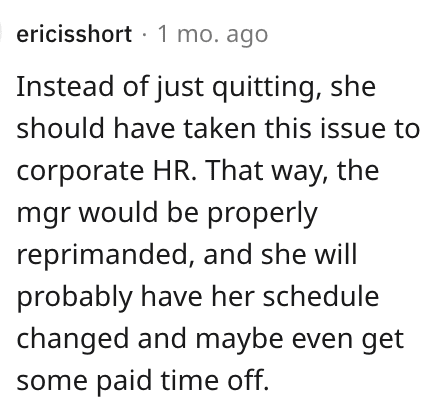 And this individual said that there are also employee safety concerns because of this manager’s actions. 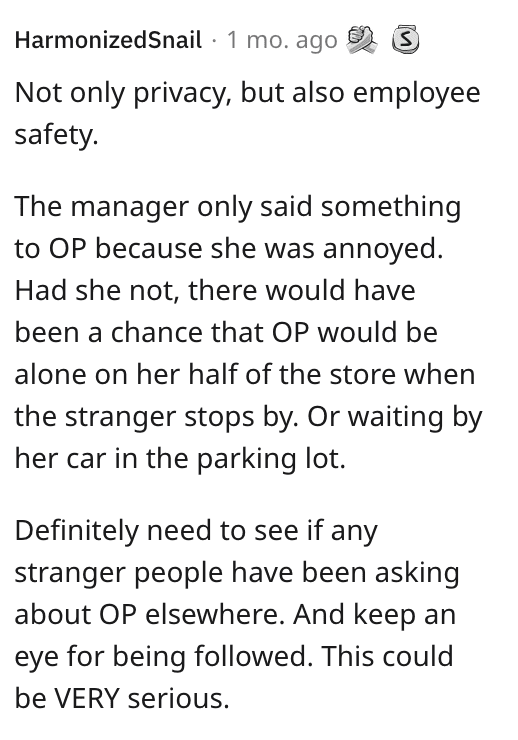