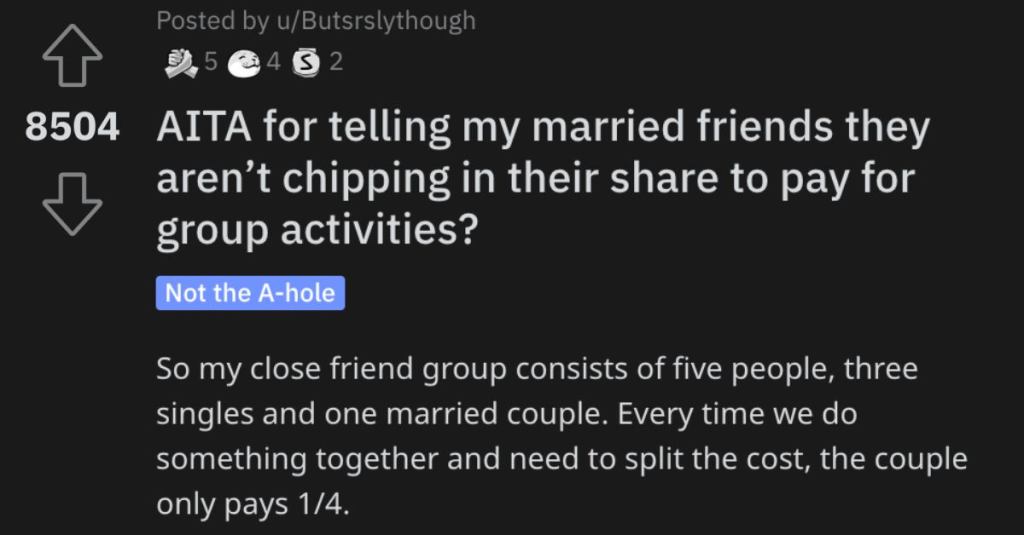 Was This Person Wrong for Telling Their Married Friends They’re Not Chipping in Enough for Group Activities? People Responded.

It’s time to say it once again…whenever money gets wrapped up in pretty much anything, things can get sticky.

And that includes friendships!

Take a look at this story from Reddit’s “Am I the A**hole?” page and see if you think this person went too far when they went on the offensive to some of their friends.

AITA for telling my married friends they aren’t chipping in their share to pay for group activities?

“So my close friend group consists of five people, three singles and one married couple. Every time we do something together and need to split the cost, the couple only pays 1/4.

A few months ago we all went on vacation together. When we were talking about splitting the cost of the rental house, I said something like, “It’s $1,300 divided by five people.” The wife said, “No, it’s divided by four since [her husband] and I will be sharing a room.” I wasn’t happy about it because they were also the only ones who got their own room.

The rental had one bedroom, a set of bunk beds built into the hallway, and a sleeper sofa so none of the rest of us had any private space. But I let it go because no one else seemed to object to that logic. Same thing happened when we rented a boat for the day on that trip and happens regularly when we all take an Uber together.

Last night we all ordered pizza. It was $60. I had rewards points that I was happy to share so we got $10 off, bringing the total to $50. So I said, “It’s $10 per person.” Again, my friend objected. This time, though, I was like, “If you guys together are going to eat only as much as one person then fine. Otherwise you should pay for the percentage that you’re going to eat.”

Married friend got pissy about it, the other singles “didn’t want to get involved,” and now I’m not sure if I’m being an AH about this. Afterwards, one friend said I should just let it go for the sake of peace because “it’s only a $2.50 difference if we split between four and five people.” True, but that’s not really the point.

I’m not trying to be a cheapskate, and I love my married friends to pieces, but like I said, it happens all the time. Not to mention, they’re married so have two incomes and they each make more than the rest of us do to begin with so why should they also get to pay less per person for group expenses?”

And here’s what folks on Reddit had to say about this.

This reader said that maybe they need to stop inviting these people to do things. 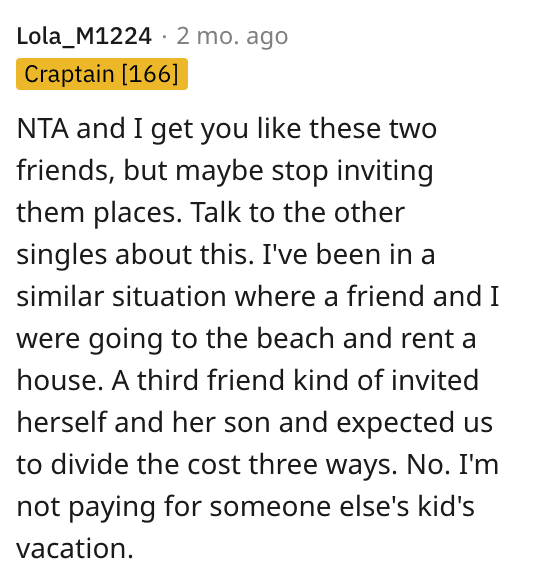 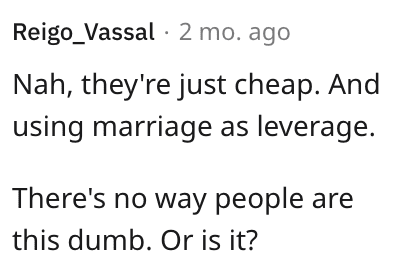 And another individual brought up some good points about these kinds of situations. 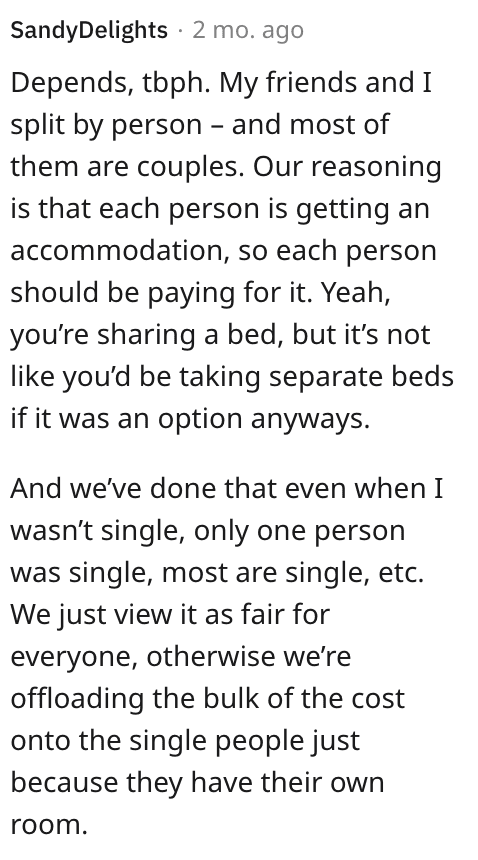