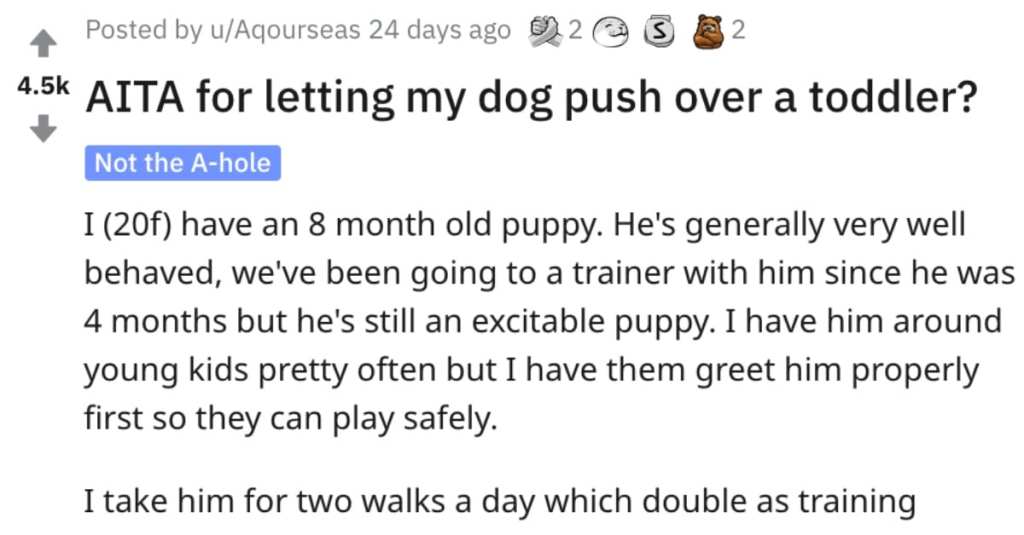 Was This Woman Wrong for Letting Her Dog Push Over a Young Child? People Responded.

You never really know what’s gonna happen when dogs get around kids.

That’s why both parties need to be responsible to make sure no one gets hurt. The most loving dog in the world might snap for some reason and bite a kid.

Or a child might do something to harm the animal. You just never know…

And a young woman took to Reddit’s “Am I The A**hole?” page to ask readers if they thought she was in the wrong regarding an incident with her dog and a child.

AITA for letting my dog push over a toddler?

He’s generally very well behaved, we’ve been going to a trainer with him since he was 4 months but he’s still an excitable puppy. I have him around young kids pretty often but I have them greet him properly first so they can play safely.

I take him for two walks a day which double as training sessions since he gets really hyped up outside and pulls/jumps which we’d like to stop even though he’s not particularly big and that means we’re frequently stopping and starting.

Today he started pulling near a local daycare, I stopped and he corrected himself so I gave him a treat and we went to head on when two young girls (2f, 4f) rushed over.

I knew them, they’re my neighbours and I generally get along with them so I paused to say hi, letting them know that my dog was okay to pat if they’d let me settle him down first since he gets a little excited and I didn’t want him jumping on them in case they got hurt. The girls seemed to understand but their dad came over and told them to “hurry up and pet the dog so we can go home”.

I tried to explain to him that I needed them to wait a second since he loves kids and if they wanted to pet him I just need to grab his collar and have him sit since he was still in training but he wouldn’t listen and told the girls again to “just pet him”.

So they did and my dog who was getting increasingly more excited about all these people immediately did what I warned and jumped up. The older one didn’t mind to much and let him lick her but the other fell over and immediately started screaming.

She didn’t seem hurt, just startled, but the dad immediately went off at me for having a “feral, untrained mutt” and told me I should never have my dog near kids before stormed off with his kids.

I did try and warn them but I love little kids and I feel awful about her being knocked over, especially since I probably could have grabbed him if I was paying more attention to my dog and less to the dad.

AITA for what happened?”

This reader said that the other dad in this situation is definitely to blame and that the guy is, quite simply, a d**k. 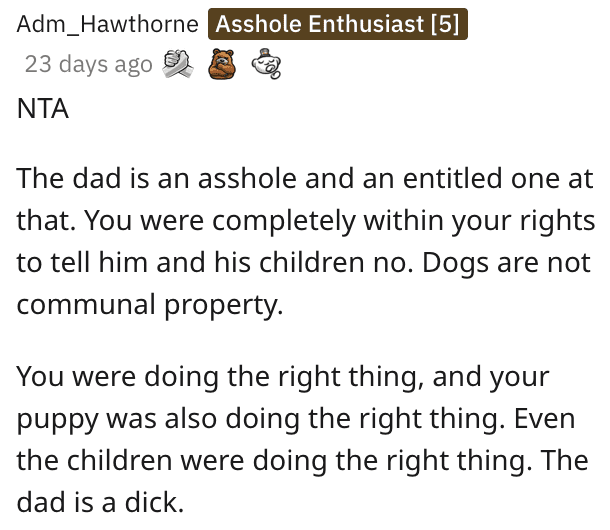 Another person said this boils down to one thing: entitlement from the dad in this story. 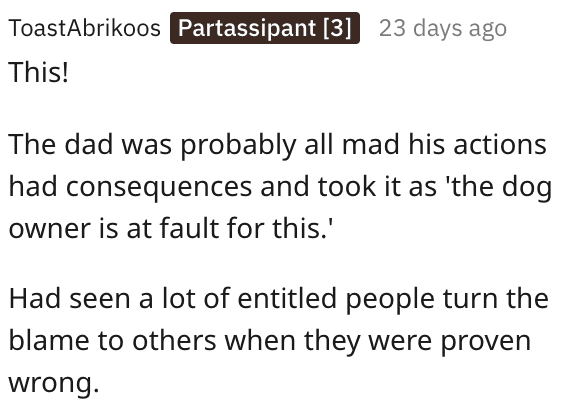 And this individual pointed out that the person who wrote the post tried but the father put his kids in danger by acting like this. 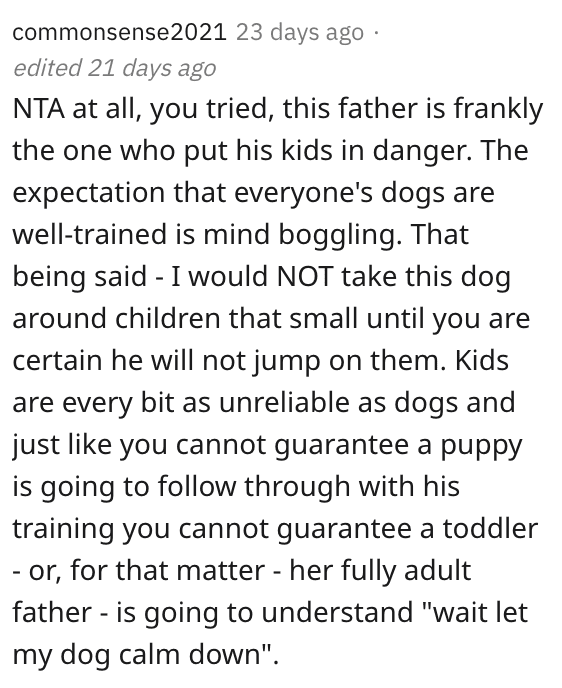 Finally, this Reddit user said that the person who wrote the story was trying to do the right thing and he did everything he could in this situation. 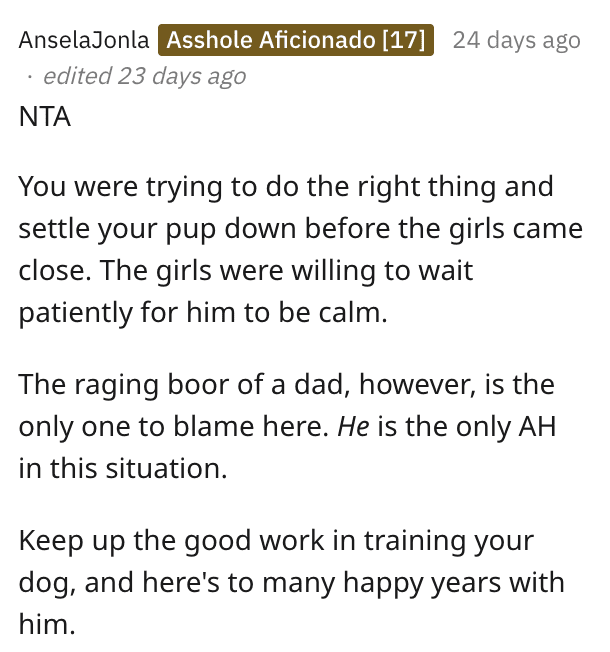 Do you think this woman acted irresponsibly?

Or did she teach this parent a lesson?