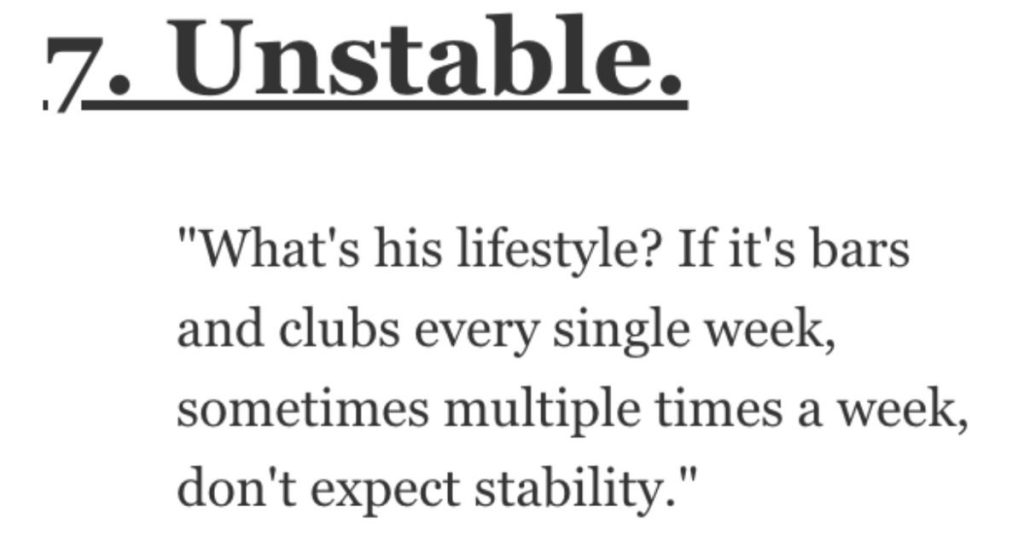 What Are Red Flags That Women Need to Look Out For? Guys Shared Their Thoughts.

Ladies, let’s get into some real talk today.

You’re going to hear from men who opened up about red flags that they think women to be aware of in other men.

Let’s see what they had to say about this!

Holes in drywall, being in fights despite “never looking for them,” or even road rage.”

“Whether he’s an actual adult. Does he own actual furniture like a bed? Does it have sheets?

Is he capable of feeding himself given groceries and a kitchen? Is his bathroom in a fit state to be used by humans?”

“If he’s an a**hole to everyone but you, that doesn’t mean he thinks you’re special.

It means he is an a**hole but knows how to not be an a**hole in order to get laid.”

To add onto this, many of these same men when presented with the proof of them being wrong they will either deflect or make it seem like it doesn’t matter and that you were “making such a big deal about this”.

We are all humans and we all make mistakes. I feel for many of these men they feel stupid and less “manly” if they are wrong about something. Being able to accept your mistakes and move on is a healthy trait.”

“If he’s cheating on someone else with you, he will absolutely cheat on you with someone else.”

“How does he speak about others? Especially past loves?

8. Rocky from the start.

“The beginning of ANY relationship is the easiest it will ever be.

If it’s a rocky start is more than likely gonna be a rocky ride.”

“Watch out for the individual who is always looking for what YOU can do for THEM but are rarely inspired to go out of their way to do something for others.

People like this (in my experience) seldom consider the fact that other people have feelings, wants, and desires of their own.”

“Being mean to animals.

If they’re not an animal person, that’s fine.

But there’s a difference between not liking them and being mean to them.”

“Don’t try to save or change them.

If they are a**holes, a**sive, and or addicts, walk away.

It may suck, but walk away.

Your mental, emotional, and physical health will greatly thank you.”

“Tell you what to do.

How you should think.

Who you should see.

What you should eat or wear.”

What red flags do you think women need to look out for?