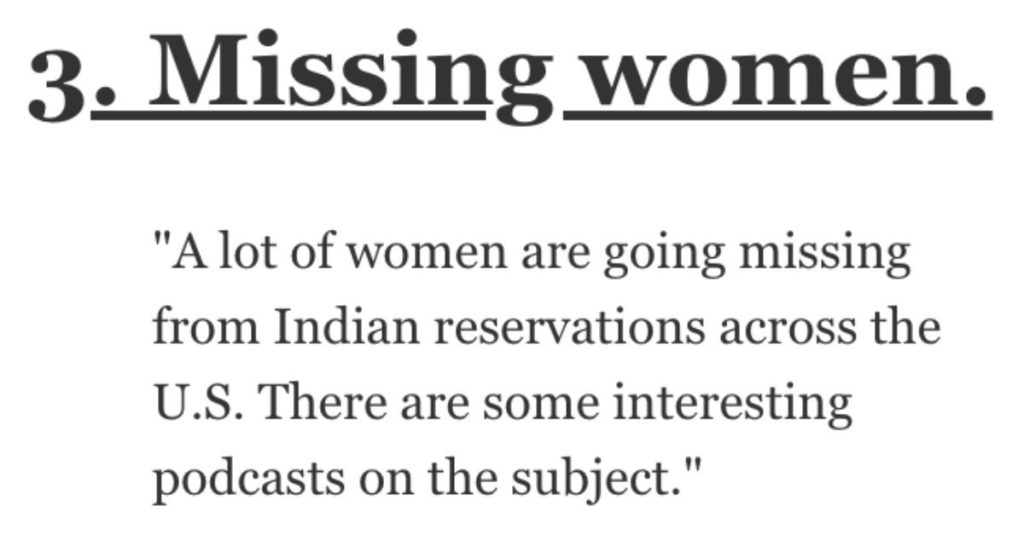 What Bad Things Are Going On Right Now That the Public Doesn’t Know About? People Responded.

It’s a fact of life that we live in a dangerous world filled with evil.

And it’s also a fact that most of us have no clue about a lot of this evil stuff that’s going on because we’re too busy with our own lives to even know about it.

But today we’re going to get a current events lesson from AskReddit users about bad things that are going on in the world today.

“70% of the world’s Chocolate comes from West Africa.

An estimated 1.5 million child slaves are engaged in chocolate production in Ghana and the Ivory Coast, alone — not counting Nigeria and Cameroon.”

“Random sniper k**lings actively going on in Lousiana on the I-10 freeway.

There’s somebody out there randomly shooting people on the freeway and there’s a pretty large body count. For whatever reason it’s not in the news.”

“A lot of women are going missing from Indian reservations across the U.S.

Many are young women and probably being used for s** trafficking.

There are some interesting podcasts on the subject.”

“Fast fashion is a human rights and an environmental disaster.

There are certain parts of the garment construction process that cannot be mechanized, so humans have to be involved in the production, and the vast majority of them are underpaid.

Additionally, fast fashion (especially in women’s clothing) isn’t made to last, so the fabric and the actual construction is shoddy and the clothes wear out quickly, but fabric recycling is rarely available, so most of those clothes end up in a landfill.

Natural fibers release greenhouse gases (ETA: this is an issue in landfills because organic materials decompose in an anaerobic environment in landfills vs an aerobic composting environment which creates more methane source) as they decompose, and synthetics release chemicals into the water table.”

“I’m a nurse I’m the U.S. the short staffing is worse than you think.

People think the healthcare system will collapse or is going to collapse but it’s not, it already has.

Just because you don’t see the hospitals on fire doesn’t mean there isn’t some severe staffing and supply shortages.”

“Saudi Arabia sentencing to d**th people who refuse to move out of their homes so that they can build Neom, their new mega city.

And their relatives being sentenced to multiple decades of prison time just for protesting or merely posting their support to the cause on social media.”

“A horrific percentage of the ships sailing around on our oceans are staffed by people who are either outright slaves, or working in extreme indentured slavery circumstances.”

“In America there are corporations such as Black Rock buying up tons of houses, whole neighborhoods really.

They’re paying higher than asking price, they will then be permanently renting them out and it will further destroy the middle class/working class.

They will make middle class people permanent renters. and our politicians on both sides of the aisle are letting this happen because they take money from these corporations.”

“The upcoming FIFA World Cup in Qatar is happening because FIFA is one of the most corrupt organizations in sports, and because A LOT of “indentured servants” were trapped in Qatar and died from heat and being worked to d**th building the stadium.

The temperature in Qatar at the time of the upcoming cup I believe is supposed to be over 100 degrees F. It is a huge humanitarian disaster but will likely be ignored and rug swept like it has been and FIFA and Qatar will probably still make wild profits off of this event.”

“Behind every polished business facade is a hodgepodge of systems that are hacked together to have to power to steal all of your data.”

“The civil war and humanitarian crisis in Yemen that the media ignores.

Been going on for years now. Funny how the media will rally their support around certain countries but not others.”

“The deforestation of Europe.

The last protected ancient forests in Europe (mostly in the east) are cut down by big furniture companies from Finland and Austria.

The people trying to protect the forests (activists, journalists, park rangers) are being intimidated, beaten and k**led, while the police is looking the other way (or sometimes even participating in the a**se).

Basically the same thing like in the Amazon basin, but with a lot less visibility.”

Do you know of some other bad things that are going on in the world right now?