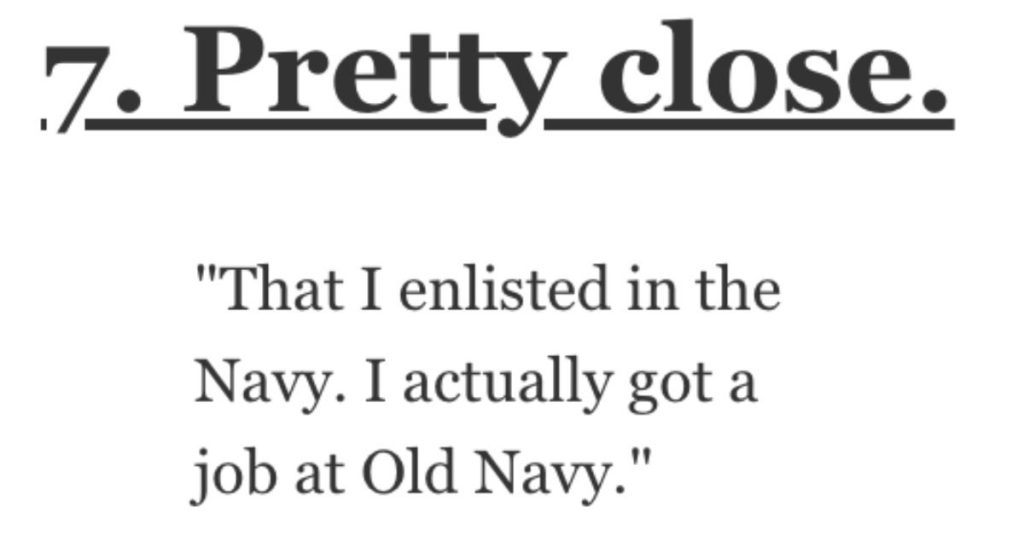 What’s the Weirdest Rumor You Heard About Yourself? People Shared Their Stories.

Have you ever heard a rumor about yourself that made you scratch your head and say…what the hell are you talking about?

It doesn’t happen all that often but when it does, it’s pretty confusing.

And these folks on AskReddit were nice enough to talk about the weirdest rumors they’ve heard about themselves.

“That I kidnapped my minor girlfriend, and fled with her across state lines after m**dering her parents in front of her younger sister.

About 20 years ago, a person a few years younger than me with the same last name, and similar first name did just that a few towns over. This happened on a Friday or Saturday. When I showed up to work on Monday people were looking at me like they had seen a ghost.

I was at work for less than 5 minutes when I got called into HR. When I walked in, the plant supervisor, GM, and most supervisors were there as well.

The HR rep just casually said “Hey, whatcha doin here?” Well, I was trying to go to work, now I’m wondering what the hell is going on.

I had to explain that while his name started with the same letter, it was in fact a different name, he was several years younger, and most importantly looked nothing like me (his picture was all over the news).”

“That I was breeding octopuses for their ink to use in my printer.

Spread it myself though as a joke in school, but it caught on and the whole year below me believed it and even asked about it to my friends.

Been a while ago but still makes me chuckle.”

“In Basic Training we woke up one day and the guy who had the bunk next to me was gone.

Rumors starting going around that he was really sick or something and had been taken to the emergency room. Never showed back up. People started acting weird around me.

After about a week we found out he had tried to k**l himself.

Turns out people had, for some reason, thought that I had poisoned him. I have no idea how/why that was the conclusion that people had come to but that’s the reason they’d been acting weird around me.”

4. Not a bad thing to worship.

“That I worshipped spaghetti.

I had a discussion with a group of folks about the flying spaghetti monster, and someone who didn’t like me ran with it to try to get people to think I was crazy and not worth hanging around with.”

“In high school, someone started a rumor that I had AIDS citing my short fingers as evidence. Of course I had short fingers. I’m 4’7 and change and my hands are appropriately sized for a lady of my stature.

Same high school. It was also rumored that I stuffed my pants with pillows to make my butt look big. After people kept taking handfuls of a**, I finally threw a fit and the guy told me he was checking.

A few acquaintances confirmed they hears the same thing so I’m pretty sure the random dude wasn’t making it up.”

“One time my entire workplace was buzzing with gossip about how a group of us all went to a swingers party but everyone except me and the host couple backed out so we had a three way.

No idea how that rumour came about.”

“That I enlisted in the Navy.

I actually got a job at Old Navy.”

“My grandma wanted to stir up some s**t, so when I was planning a solo trip to Europe she told my parents I was actually going with a secret boyfriend just to have s**. The “solo trip” thing was just an excuse so they wouldn’t suspect anything.

They just laughed in her face (or as much as you can do that over the phone) and said why would I go through all that when I can do that in my own home, without the need for a secret boyfriend or traveling thousands of miles?”

“That I was Superman.

I used to work in a school district as a network technician. I’m over 6 feet tall with a solid build, black hair and glasses. One day I was working in a kindergarten or early elementary classroom and overheard one kid say to another that I was Superman.

I didn’t say anything at the time, but couldn’t pass up this opportunity. I proceeded to purchase a superman t-shirt and kept it in my car just in case. I had another service call in that classroom a few weeks later so I put on the tshirt under my collared work shirt.

Sure enough, those same boys recognized me and started their chit chat. As I was leaving, I looked at the boys, took off my glasses and showed them the logo under my shirt. I’ve never seen two kids lose their absolute minds before.”

“I guess when I got called down to the principal office and searched for drugs by the school cop.

Guess everyone thought I was high all the time but I just have ADHD and was sleepy all the time from playing hockey late at night.

“I was a leasbian drug dealer pregnant with twins. I was a super shy virgin who carried Tylenol that I would share instead of making classmates go to the nurse.

Someone saw me outside the women’s clinic where I went because my menstrual cycle was super screwed and I had to get birth control to straighten out. Not sure why it was twins.”

“That I was using my bachelor pad to s**ke, drink and have s** with random women.

In reality I don’t s**ke, I did not drink back then and i did not have a single female step into the place (or into my life).”

Tell us about any weird rumors that you’ve heard about yourself!