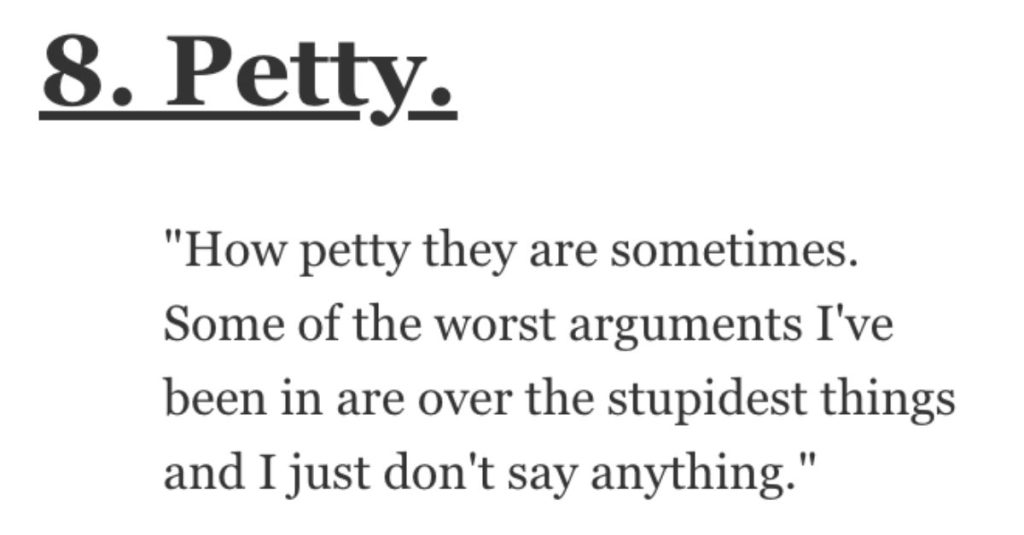 What Do Men Never Tell Women? Here’s What People Had To Say.

Listen ladies, no matter how close you may be with your male partner or a male friend, there are some things they’re just not going to tell you.

And that brings us to today’s article…

“That I’m incredibly sad and don’t have the energy to discuss it or try to rationalize it.

Even though I should, I can’t.”

“The fact I was in an a**sive relationship came up in conversation about past exes. The girl I was with told me she now seen me as damaged goods and that she didn’t know how she felt about that.

Turns out it makes me undesirable because she treated me as such after that point and dumped me before I could dump her. Never talking about exes again. F**k that.”

“We actually did notice every little detail of your outfit; we always do.

We just can’t put any of that into words because we don’t want to come across thirsty.”

I’ll just wait for you to tell yours and do whatever you like.”

5. Still attracted to you.

“Just because I can’t get a b**er tonight doesn’t mean I’m not attracted to you.

The mental block to getting it up is real and not talked about enough. Sometimes I’m stressed, sometimes I’m feeling down about myself, and sometimes my mind is just somewhere else.

We are crazy attracted to you, but sometimes my two heads just aren’t on the same page.”

“That I have no idea if you’re just a nice person or if you like me.

And it sits in my head and bubbles away at my soul.

And I don’t tell you I like you because I’m terrified of making you feel uncomfortable.

And so I sit in this limbo with my head on fire and my heart all f**ked up.

And I’ll never get better at it.”

“I lay down on the sofa after work because I am mentally and emotionally exhausted and I get that you are too but you are socially allowed to express that.

I’m not lazy when I don’t clean the dishes immediately or paint the walls or vacuum the floor. I’ve spent the entire day facing a tidal wave of bulls**t, bad bosses, anxiety attacks, worries about the sh**ty state of the world, financial matters and about my own perceived failings. I get it, you work hard too, but I process it differently.

Sometimes I just need 15 minutes to lie there and physically and mentally do absolutely nothing but nothing. I need it.”

“How petty they are sometimes.

Some of the worst arguments I’ve been in are over the stupidest things and I just don’t say anything.”

“That a lot of you, regardless of how attractive you are, are used to receiving attention.

And you really suck at giving attention.”

“How we actually feel.

It just gets used against us and doesn’t ever benefit us.”

“We read too much into situations that we end up getting the wrong idea sometimes.

For example, if we believe you’re uncomfortable around us then we’ll back off of you. Because a lot of times I’ve talked to other guys that they were just trying to be friendly and get to know a girl, but they stopped because they got the feeling she was creeped out by him.

So we back off because we don’t want to be seen as a creep.”

“The sense of humor we have with our buddies is likely 100x more depraved than what we show around you.”

Let us know in the comments. Thanks!