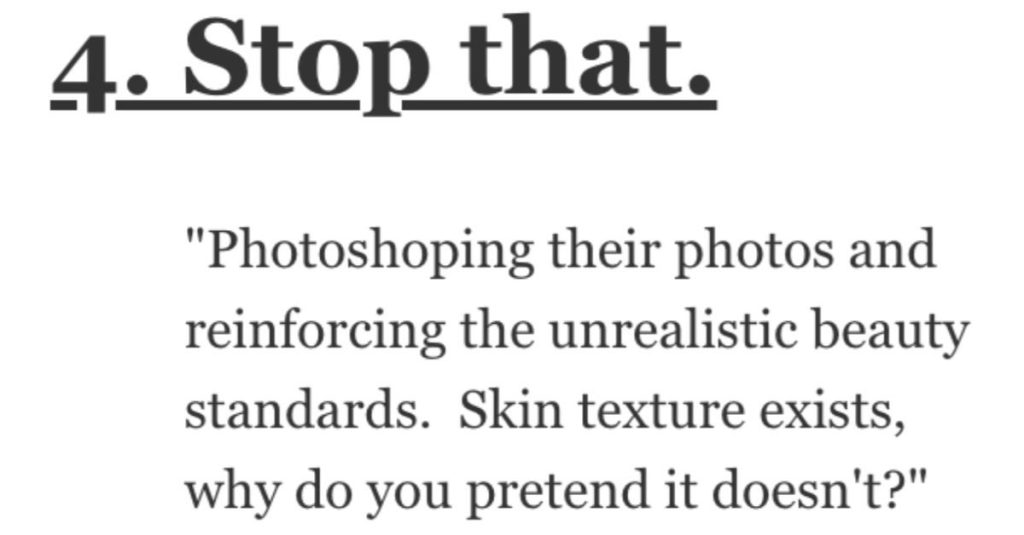 What Do You Wish Other Women Would Stop Doing? Females Spoke Up.

Alright ladies, now is your time to get your feelings out there in the open.

Because we’re going to hear from women on AskReddit about what they want other women to start doing.

“Being mean to other women in the workplace.

Even if we dislike someone, no excuse to go out of your way to be rude and nasty to someone.

“Someone else’s shine does not dim yours”.”

“Shame me for not believing in their own beliefs and look at me weird.

I live in Iran and I’m honestly disgusted to see how some religious females tend to shame other women and accuse them of being s**ts.

If you think your husband, brother or son may be seduced by seeing my ears and hair, they are the problem.”

“Photoshoping their photos and reinforcing the unrealistic beauty standards.

Skin texture exists, why do you pretend it doesn’t?”

“Just because you had a hard time climbing up the corporate ladder or getting into a good position, you do not need to make other women suffer the same.

I cannot emphasize it enough: hold the door open for the next one. Coach young female leaders. Help each other out.”

And this is just a small percentage of women but I mean why?

Cheating husbands are trash no exceptions but for some women to not take no as an answer from a happily married man is just sickening.”

“Talking so much s**t. Not everything needs to be gossiped about.

Such a downer sometimes getting sucked into a conversation that’s centered around other peoples flaws and mistakes.”

“Using zodiac signs as an excuse for their sh**ty behaviour.

No Tina, you’re not selfish because you’re a Virgo, you’re just a b**ch.”

“Sabotaging other women. Many women are insecure and they’re happy to be friends with another woman AS LONG AS she is not better than them in their opinion.

I’m tired of women sabotaging other women they think are more beautiful, successful, and happier than they are. Ladies, we’re all in this together. No one’s life is perfect and we can all help each other be better if we just all stick together.”

10. Not talked about enough.

“This is going to get lost in the shuffle but moms who ask their daughters to do more than their fair share of the household chores while the boys skate because they’re “immature.”

This is particularly bad among immigrant communities that hail from countries with more…traditional gender roles (basically the Far East, the Mid East, Eastern Europe, Africa and South America) but I know it happens in American households too.

The daughters are fed this garbage about being more mature/responsible so they have to help pick up the slack while the sons are frequently coddled and babied.

Women have asked me about both of my labors when I was postpartum, JUST to brag about their births. They’ll be like, “Oh wow, well I was in back labor for 32 HOURS. It was crazy.”

Literally no one cares. No one. No one gets a medal for giving birth, regardless of how you did it. You have a baby, I have a baby, it came out of us somehow, now STFU.”

“Messing up our children’s body perception with nothing but airbrushed, staged and photoshopped “life inspiration” pics.

Show our daughters, nieces and little cousins the reality as well, so they can love themselves, flaws and all. You’ll also get more love when they know how hard it is to get that perfect pic.

Help teach them they don’t have to be “perfect” and “on” all the time. Please.”