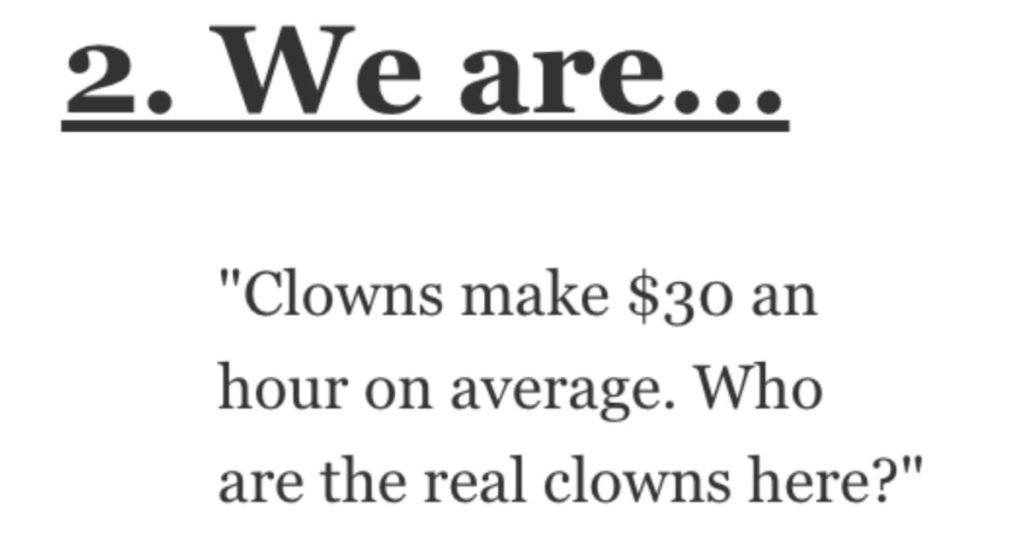 What Facts Are Not Fun at All? Here’s What People Had to Say.

We hear a lot of “fun facts” about all kinds of subjects, but today we’re gonna go in the opposite direction…

What facts are NOT FUN AT ALL?

Here’s how AskReddit users responded to this question.

“When a human body falls from a building they don’t go SPLAT and pancake.

Who are the real clowns here?”

“When you think of a blobfish, you probably think of the pink goopy boi, right? Actually, you’re thinking of a dead blobfish.

Because if they are extracted from their perfect habitat underwater, which is very deep, the lack of pressure causes their body to pop like a balloon. The goop coming out of their mouths is basically their melted organs. You’re thinking of a corpse.

Memes are showing pictures of corpses.”

“In some US states, some people can gather roadk**l for food.

In most cases, it’s actually cheaper for the city to allow people to eat roadkill then to clean it up themselves.”

“If you hurt or k**l a baby elephant, the mother will seek revenge.

“24% of people diagnosed with ADHD will be homeless by the age of 41.

The rate of the control group was 4%.

The s**cide rate of people with ADHD is 5x higher than the general population.”

“When you go somewhere new and try to sleep, you’ll sleep lighter.

This is because your brain is scared of new threats, so it keeps the body more vigilant through the night, in case you have to run from something.

I don’t remember the actual name for this, but I think it’s “The First Night Syndrome”.”

“There is a company that turns d**d bodies into an ocean reef.

For those who romanticize a burial at sea, the company Eternal Reefs offers an innovative solution. It mixes the cremated remains of a person with concrete to create a “pearl” onto which loved ones can etch personal messages, handprints or (environmentally friendly) mementos.

The pearl is then encased in a “reef ball” that is dropped into the sea, where it provides a new habitat for fish and other sea life, helping encourage a vibrant ecosystem. The circle of life at work!”

“If you are an identical twin it is possible that you and your siblings identity’s were swapped and your parents never caught it.”

“The garden at the base of the Eiffel Tower where people often share romantic moments and have picnics is the site of a historic massacre that occurred during the French Revolution.”

Tell us some more not-so-fun facts in the comments.