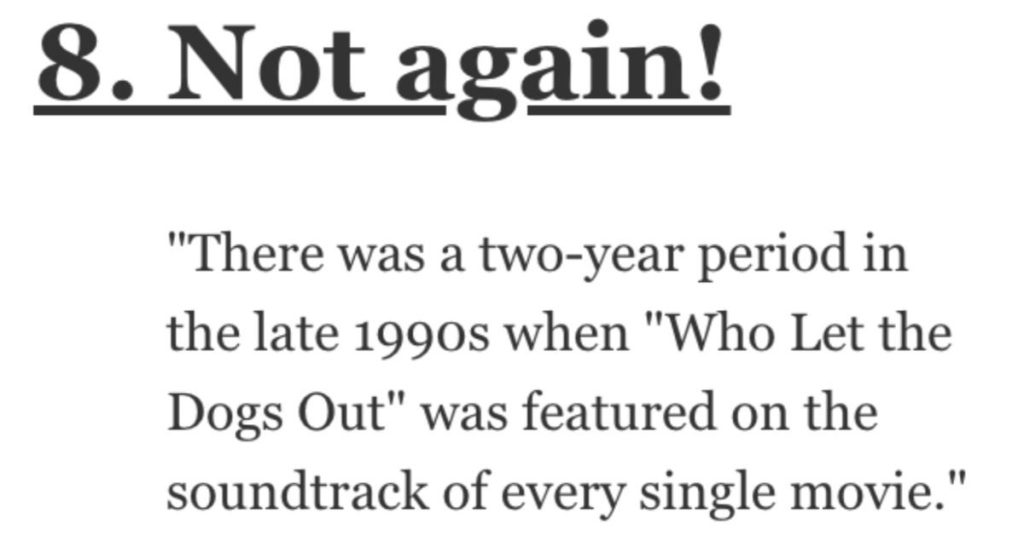 What Fad Are You Glad Is Gone? Here’s What People Had to Say.

Fads come and go all the time.

Some are good, some are bad…and some just need to go away forever.

What fad are you glad is gone?

Here’s how folks on AskReddit responded to that question.

I guess people would get extra points or some crap for inviting as many friends as possible and my notification box would be full of fifty invites saying; ‘Tim needs goons for his mafia. Join mafia wars now!’, ‘Susie needs seeds for FarmVille’!, ‘Tyler sent you five hundred silver tokens’, ‘Keith needs sixty bucks for a gram of blow!’ (that one may have been a legit request, but I just couldn’t take the chance on it being another game).”

Oh, and if you don’t upvote this post and tell five friends about it.

Then in 24 hours a little ghost girl is going to strangle you in your sleep.”

3. Fired up about this one.

Like it used to be a tasteful decor item to see in someone’s house like “oh that’s different and unique! Its nice!”

People did it without actually knowing what it meant.”

I liked this fad until I saw The Simpsons do it. That’s like watching your parents do the Harlem Shake.”

6. Did they really go away?

Who thought that was a good idea?”

So glad you hardly see that s**t anymore, though it did serve as a good way of identifying people that were best to avoid.”

“There was a two-year period in the late 1990s when “Who Let the Dogs Out” was featured on the soundtrack of every single movie.”

People lying at the bottom of buttered covered stairs with a broken leg and collar bone while someone from the top just shouts, “it’s just a prank bro”.

Oh it’s a prank? Tell that to the very real pain of broken limbs.”

“Fidget Spinners. Those things used to be everywhere.

I knew the fad was d**ng when I walked into Walmart and saw giant boxes filled with them for like 80% off.”

People just getting water from lakes and rivers because they thought it was better for their health. Also many people sold jars of it on instagram for 50 dollars.

My fam has many people who are naturalism wannabees. Meaning they say they are hippies but just like to preach about organic foods and not requiring a doctor or vaccines. But they all got sick off drinking raw water.

Their kids especially were ill. My five year old cousin was throwing up for days and I couldn’t take him to a doctor because my fam would freak out and take it out on both of us.

I didn’t want to leave him in case it got worse and they would just pray over him. I told myself that I would just carry him to the hospital if it continued but he ended up being fine after a few days.

He only drinks bottled water now. Not refillable water bottles because he dossn’t trust it. His parents are “devastated” but he’s ten now and hasn’t changed so they have to live with it.”

One strap off, shirtless, especially guys.

Believe it or not, this was a thing.”

“Being financially stable by your forties and being able to set money aside for retirement..

Pfwhew… that s**t was exhausting.

Working to barely pay bills until you d** the way to go!”