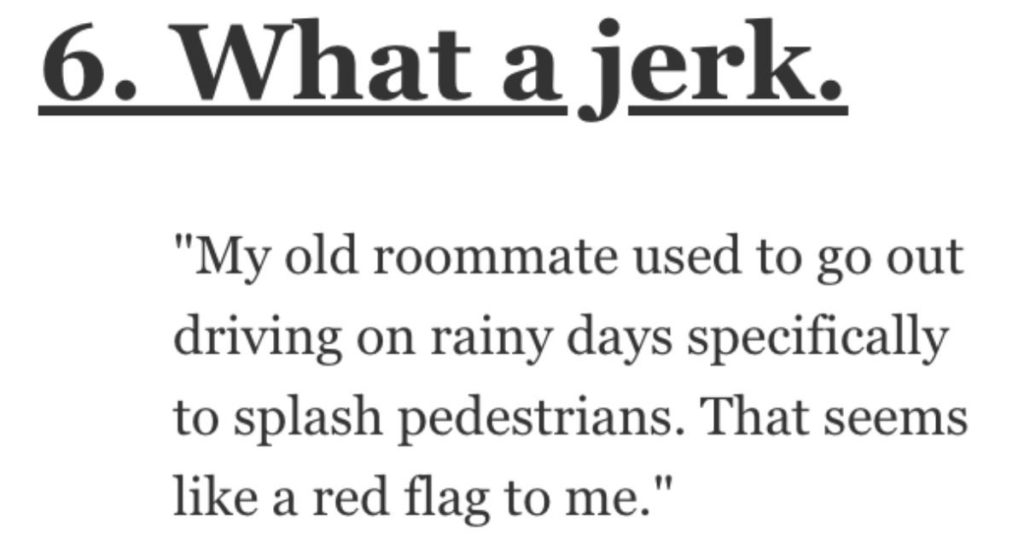 What Hobbies That People Have Are Red Flags? Here’s How Folks Responded.

I like to try to keep an open mind about pretty much everything, but I guess I have to admit that some hobbies that people have seem to throw off some major red flags.

And today we’re going to hear from AskReddit users about what they think of this.

“I had a friend in middle school that kept all his fingernail clippings. All in one bag. I found it looking for something in his closet.

I asked him what it was, it was terribly moldy inside, and he very nonchalantly informed me it was his fingernail clippings.

We didn’t hang much after that.”

“Spending tons of time on your phone looking people up just to talk s**t or find dirt on them so you can rejustify your own self worth/value.”

S**t tons of crazies treat this s**t like it’s their hobby, and it’s a massive red flag.”

Making any amount of money and into Warhammer? Red flag.”

That’s just a dumb college kid thing but if you’re 35 doing it… the train to Sadtown is chugging along.”

“My old roommate used to go out driving on rainy days specifically to splash pedestrians.

“Collecting vintage preserved human anatomical specimens. I actually worked with someone who did that.

“If their identity is centered around Disney.

“A person whose ONLY definition of having fun is parting and heavy drinking or end up wasted every time it’s out.

Emotional issues trying to be covered up.”

I’m not gonna enter a house full of dolls.”

“My brother dated a woman who collected animal bones and human teeth, but didn’t like animals alive.

“I can’t stand people who get really into astrology.

Like, they won’t date somebody because Leo and Aquarius signs conflict or whatever. Or judges a person based on their star sign.

They’re insinuating that there are only 12 different kinds of people/personalities based on when they were born within the year.. it doesn’t make sense.

At least with crystals, they make for a nice decoration.”