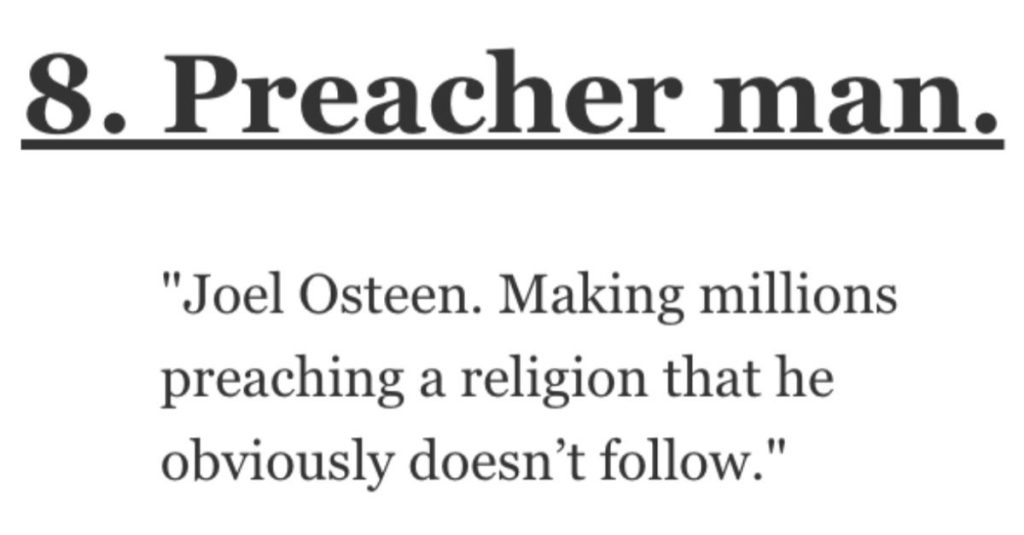 What Famous Person Needs to Be Completely Ignored and Shunned? Here’s What People Said.

Can we get the Kardashian family to go away?

How can we all band together to get this monumental task done?

Let’s work together on this one, friends!

And while we’re on the subject, what other famous people need to be completely ignored and shunned?

Here’s what folks had to say about this on AskReddit.

He’s a music producer who’s worked with most pop musicians like Katy Perry, Kelly Clarkson, Britney Spears and others and is still getting work now.

And the reason why he shouldn’t get any work at all is because the stuff he’s making now is nothing but using samples and changing up nothing about them.

And because he physically, verbally, emotionally and s**ually a**sed Kesha, which all he got was a slap on the wrist for.

And people still work with him like Doja Cat, Nicki Minaj, and other female rappers (mostly Nicki though).”

Shes needs to get off SM and away from her enabling mother ASAP.

She is so unwell.”

The man beat the absolute snot out of Rihanna and everyone just seems to have forgotten about it like it was okay.”

Dude he’s started a cult and no one is talking about it.

On the cult podcast “A little bit culty” they talked about how he has bought an island and is shipping women to the island for a “retreat” with 30 Seconds to Mars. They dress all in white and say things like they’re “proud to be in a cult”.

Apparently he’s always been extremely interested in cult leaders and executive produced a couple documentaries about cults and cult leaders.

I’m just waiting for the HBO series where we find out he’s human trafficking these women.

And that’s not even exposing all the things he did when he was a part of 30 Seconds to Mars!”

She recently got a Vanguard award like she doesn’t financially support her creep husband and even more of a creep brother.”

“Every single one of them except Mr. Rogers, Bob Ross and Steve Irwin.

Let’s rebuild our society based on their principles.”

I get it dude, you’re rich.

I don’t want to hear about you daily.

Making millions preaching a religion that he obviously doesn’t follow.”

Two idiots who don’t know how to STFU.”

Will, Jada, and their dumb kids.”

I used to work on radio. In 2006, he came to my station to do his show because we were the local ESPN affiliate and he was in town for a speaking engagement.

He was an absolute a**hole to everyone in the building and creepy as f**k. About halfway through his show his driver delivered a woman of questionable legal age to the studio to hang out with him.”

The creeper married the adopted child of the woman he was dating.

There’s allegations of him s**ually a**sing another one of her children (Dylan) too, and TBH, with the obvious lack of healthy boundaries you’d need to MARRY your EX’s CHILD, I believe it.

Why they’re still letting him make movies is beyond me. His movies aren’t even that good.”