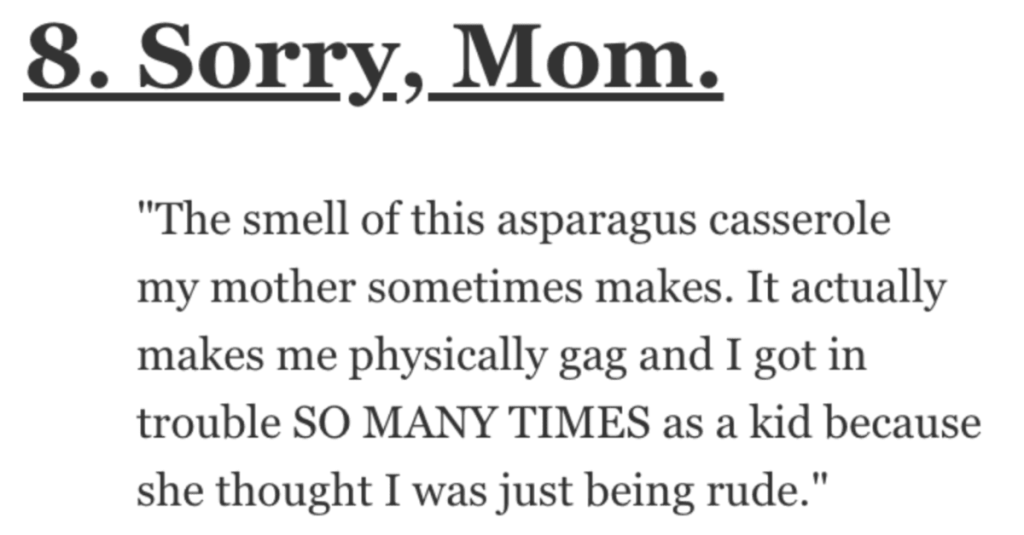 What Genuinely Disgusts You? Here’s What People Said.

I’m not gonna lie, there’s a lot to be disgusted about out there in the world today!

And those are just the big issues!

A lot of little things can disgust us, too.

Check out what AskReddit users had to say about what truly disgusts them.

“Hearing people eat, whether they chew with their mouths closed or not, it just disgusts me to the point of being angry

There is a name for it apparently.”

I always try and encourage my kids and keep positive even when I’m in a bad mood.”

“When you sit down on a public seat somewhere and it’s already warm.

Why the hell are you so invested in the lives of strangers that don’t know you?”

“People who dump/a**se their pets.

I live in a pretty rural area, cats are CONSTANTLY getting left or abandoned.

I feed two outdoor cats, one is a feral and the other is a cat who was dumped where I live, was almost emaciated to d**th.”

“People who belittle or talk down to other people at work.

I work in kitchen/restaurant settings and it is horrendously disgusting when anyone talks down to a dishwasher or something like that.”

“The smell of this asparagus casserole my mother sometimes makes.

It actually makes me physically gag and I got in trouble SO MANY TIMES as a kid because she thought I was just being rude.”

“When people stand too close to me behind a line.

I have severe anxiety and it takes my entire being to not dropkick someone when they’re hovering over my shoulder just to order coffee.”

The idea alone of listening to someone smack their lips at full volume makes me want to rip my ears off. Euuuuuuurrgggh.

It’s repulsive – and I do NOT get why people enjoy it.”

“The continuing belief that Christians in America think their religion and it’s followers have the right to enforce those beliefs on everyone else.

That, plus the fact their organizations don’t pay taxes which is against the consititution’s requirement of seperation of church and state.”

“The rich constantly getting bailed out, bankrolling our elections local and in DC, paying less taxes than us on millions in assets.

What genuinely disgusts you?