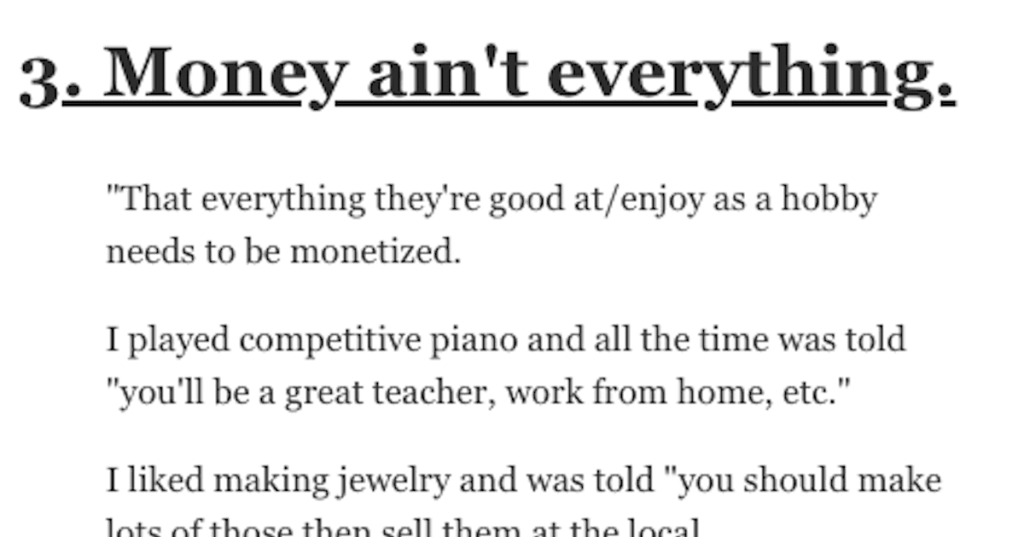 What Harmful Ideas Are Being Taught to Children? People Shared Their Thoughts.

If you spend any time with parents these days, you’ve probably heard at least a few of them talk about what their kids are being taught in schools.

And I don’t blame them for that because that’s obviously a very important issue for moms and dads.

But I think it’s also safe to say that there are a lot of conflicting opinions about this among parents.

Let’s hear from folks on AskReddit about the harmful ideas that they believe are being taught to children these days. And that includes in school and in the home.

“That children can’t be sad.

Children can be sad and as someone who had struggled with mental illness ever since I was 8, I can confirm. Children are humans just like us, they have emotions. You can be depressed even if your age isn’t in the double digits.

I would also like to add another one; the “It will get better” and “Just put on a happy face” mentality. Unfortunately, life is a b**ch. It will not get better. You get better. Depression doesn’t fade away just because you are smiling. I wish it was that easy, but it isn’t.

Stop trying to reassure and make excuses for your child’s mental health. Actually, get your a** up and help them.”

Just don’t set yourself up to make ones that can hurt or harm others (drink or drugs to the point where you don’t know not to drive or a**ault someone).”

“That everything they’re good at/enjoy as a hobby needs to be monetized.

I played competitive piano and all the time was told “you’ll be a great teacher, work from home, etc.”

I liked making jewelry and was told “you should make lots of those then sell them at the local market/online/etc.

I liked writing poetry and short stories and was told “you should be a English tutor/newspaper columnist/sell your short stories /publish a poetry book”.

I have pretty much stopped doing all of those things, and if I do something creative nowadays, I keep it to myself because otherwise, me just enjoying something to enjoy it is judged as a waste of time if I’m not making money from it.”

“That they’re dumb and don’t know anything.

Kids are incredibly bright and will call you out on your nonsense.”

“Lack of conformity and daring to express yourself can result in lost education.

Kids being suspended from school because they dared to express their individuality. Whether its clothing, dyed hair or whatever. None of it really matters compared to sending kids away from their education.”

6. Don’t forget about your permanent record.

“That they need to have everything lined up by age 16-18 and if they don’t, it’ll have serious consequences.

Bad grade? No one will ask about it in a couple years. No friends/social life? Get some new ones in college. Don’t know what to do with your life yet? Join the club, honey, we got jackets, most of us grownups aren’t sure either.

The amount of high school kids I’ve seen beating themselves up, even having full breakdowns over all these things is honestly worrying. 18 is not a deadline. Your life isn’t set in its tracks forever by 20. Who on earth is teaching them these things?!”

“The “be yourself” trope.

It’s fine for things like hobbies or interests, but some people are just inherently toxic whether it’s genetic or a learned behavior. And then people justify their bad behavior by saying they’re just being themselves and if other people don’t like it that’s their own problem.

There’s no incentive to curb harmful behavior and kids are being taught that it’s okay to act out because it’s just who they are.”

“If you don’t play five different sports and make straight As in the process, you are a failure in life.”

“That your right to privacy no longer exists. Lack of privacy is being normalized on all levels of society.

Parents posting every little picture of their child up til adulthood is so fucked up imo. They can’t consent to that and then their whole life history has been willingly given up by their own parents.

Government and big businesses should not be allowed to know every tiny detail about us. Listening/recording us will hurt all of us.”

That kind of mentality is what leads adults to say nothing when they hear/see domestic v**lence and various forms of neglect, because its “not their business”.”

“That different is bad.

That if I don’t understand it, there must be a conspiracy.

If I don’t win, the opponent cheated.”

Seriously, teens are going to have s**, even when told not to.

Teaching them to be safe while doing it is not going to increase the odds of them fu**ing…. It is just going to decrease teen pregnancy and s**ually transmitted infections.”

Do you think harmful ideas are being taught to kids?