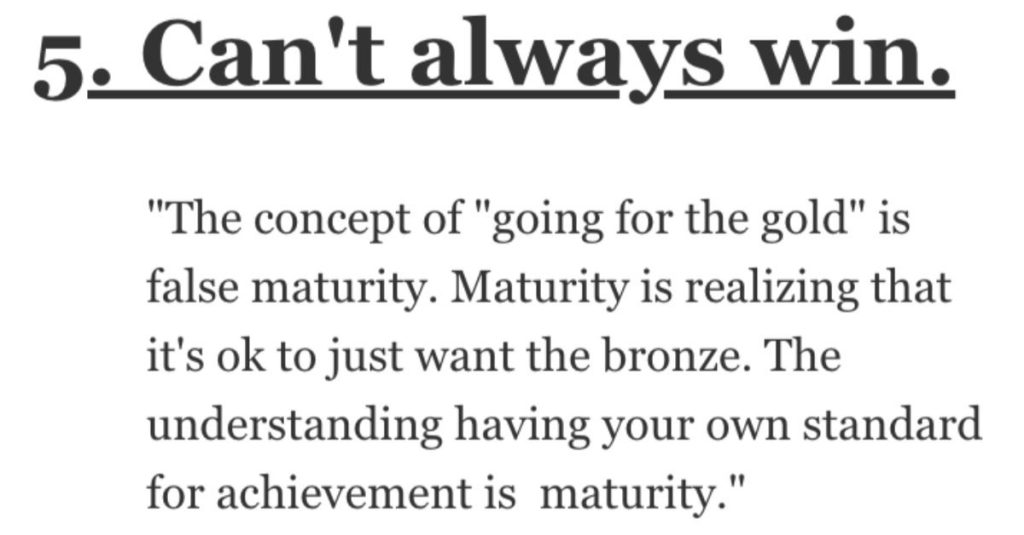 What Is Falsely Seen as a Sign of Maturity? People Shared Their Thoughts.

There are a whole of folks out there these days acting like they are mature…when they definitely ARE NOT.

So the question needs to be answered…what is falsely seen as a sign of maturity?

Check out what folks said about this on AskReddit.

Arrogance is “they will like me”. Confidence is “I will be okay if they don’t like me”.”

“Being too old for something you consider “juvenile”.

Nothing screams immature to me like ignoring something you love or putting someone else down for what they love because you think it’s for kids.”

I know doctors and lawyers who are incredibly emotionally immature.

Their kids are usually good evidence of this “hidden” secret.”

Yes, it’s true that you can’t always get what you want, but so many people just accept s**tty jobs, partners, homes, etc because “Grow up. Step into the real world. This is just how it is.”

The expectation of constant instant gratification is immature, but it’s perfectly fine to pursue the things you want and have a firm, unchanging standard for what you will and won’t accept.”

“The concept of “going for the gold” is false maturity.

Maturity is realizing that it’s ok to just want the bronze.

The understanding having your own standard for achievement is  maturity.”

It doesn’t mean they’re speaking the truth, really believe in it, or practice what they preach.”

“Having a spouse and kids.

My family thinks I am skirting responsibility by not having kids. I know a lot of people who had them thinking they were obligated to, and neglect them.

I remember telling somebody I know from college I don’t want them ever, and she said, “My boyfriend’s not afraid to take responsibility and have kids,” as if I wasn’t a real man for not having them lol.

For some, it’s a sign of virility and maturity.”

Met a lot of people in high positions that were just children outside of work.”

Apparently at least some of them didn’t even like the s**, they just wanted to be cool and adulty by doing it.”

When kid’s experience trauma and neglect, it’s said that they act more mature.

In reality, they can develop a large range of psychological disorders.”

“How much you travel.

Traveling a lot doesn’t magically make you a well-rounded person with plenty of seasoned perspective.

Plenty of trust fund babies and people withdrawing from the First National Bank of Mom and Dad that stay in luxurious hotels and treat locals like zoo animals to be hand fed and photographed.

You aren’t better than people who don’t have the time, money, or health to hop on a plane every few months and take pictures of landmarks for Instagram.”

“As a man, holding your tears or not asking for comfort and company when you feel burdened or sad.

It shouldn’t be like that, grownup or not when you need consolation and time-out you should get it.”