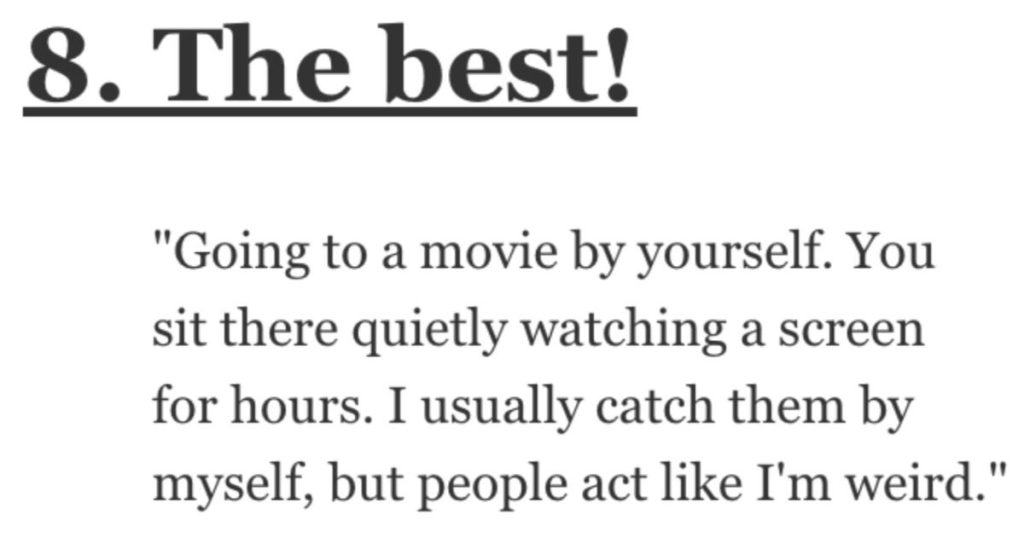 What Is Frowned Upon for No Reason? Here’s What People Had to Say.

And I agree with him!

Why all the negative feelings toward the King of Flavortown?!?!

I think he seems like a genuinely nice guy who helps out a lot of people.

But you know how people are…

What is frowned upon for no reason?

AskReddit users shared their answers to this question…

“Taking all of your earned PTO.

As if by scheduling 10 days off in a year you are somehow taking advantage of the company.”

2. All jobs are important.

If you tell someone you’ve been a janitor for 6 years there’s a good chance their response will be a frown.”

“People look down on my husband cuz he doesn’t have a college degree and manages a restaurant.

The thing is he’s been working food service for 20 years and makes $39/hour which is more than a majority of the people that have given him s**t for working in a restarant make.

He works so hard every day and I’m so proud of him, but apparently I shouldn’t be because he “just” works in food service.

“People who choose to sleep late.

My mom thinks it’s some kind of reflection of bad moral character if my younger brother who does a physical job lies in on his days off.”

“Getting the cheapest bottle of wine on the menu.

On one of my first dates with my now wife I asked the bartender for a glass of their house wine to make it seem like I knew what I was talking about.

He replied in just about the rudest way “What, you mean the cheapest one?”

Yes, that’s what I meant, but you didn’t have to call me out like that.”

“Not having an opinion about something.

This is a good one. As a software engineer, I’m meant to get involved in all sorts of BS arguments about code style, editors, everything. But I just don’t care.

It’s like people don’t take you seriously as an engineer unless you have a passionate opinion on whether a tab size of 2 is better or worse than 4.”

But, they took it as me being a snob.”

“Going to a movie by yourself.

You sit there quietly watching a screen for hours.

I usually catch them by myself, but people act like I’m weird.”

All my friends and relatives think I’m weird, but I just want to have some good time with nobody I know around.”

“Not being a part of hustle culture.

If you want to work restless towards something, that’s great, but don’t h**e on somebody because they don’t.

For me, I value sleep and want to have time to myself where I don’t have to think about working and just enjoy doing nothing.

There’s no problem needing time to rest and literally not work yourself to d**th.”

I’m 26, in a stable relationship, lived with my SO for a few years, yet when I go to buy tests the people behind the counter (often women 50-60ish) become sheepish and try to do their best to conceal it.”

“Being a night owl instead of an early riser. I’m not lazy, just have a different body clock.

I’ve always felt guilty about it, though.”