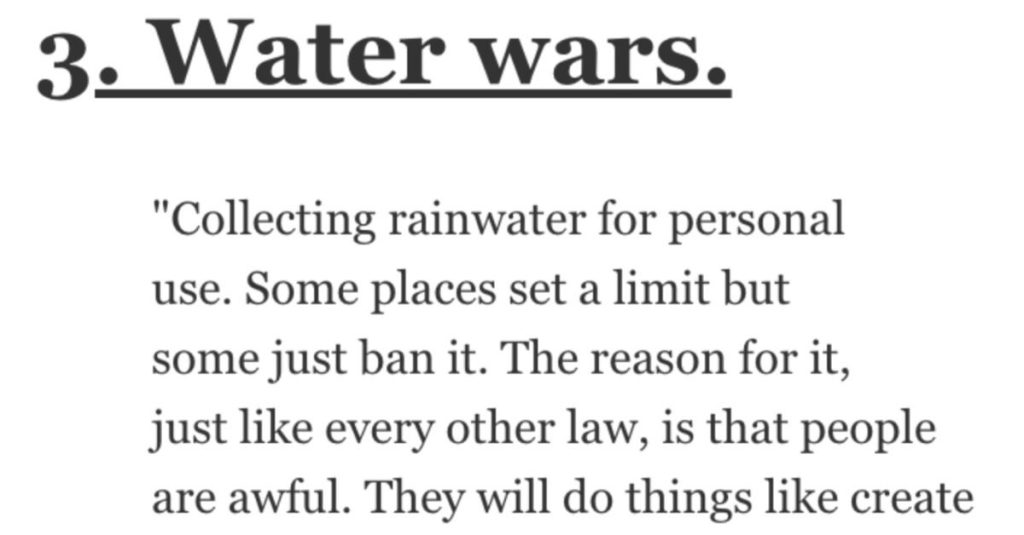 What Is Moral but Illegal? People Shared Their Thoughts.

Well, this promises to be an interesting conversation!

Because you know that people are going to have pretty strong feelings about what they believe is moral but illegal.

Read on to see what AskReddit users had to say about this.

This just reminded me that there was a set of meters at my college where the max time was 45 minutes and MWF classes were 50.

“I got in trouble for defending my friend who was a**aulted in school.

My parents were called in for an emergency meeting regarding my behaviour which was immediately followed by an emergency trip to McDonald’s.”

“Collecting rainwater for personal use.

Some places set a limit but some just ban it. The reason for it, just like every other law, is that people are awful.

They will do things like create retention ponds to hoard it which can destabilize the ground, disrupt underground water flow which can create or destroy springs, cause floods, spreads disease, and alter water flow paths.

In high density places even small amounts are normally banned because you have access to the water grid so isn’t necessary and many people in aggregate taking a small amount can add up to catastrophic damage. There are many good reasons for most of the regulations we have.

People just get outraged because they have a narrow view and don’t bother to think it through.”

Giving away food to charity/homeless if unsold.

Assisted s**cide (depending on where you live).

Camping in public parks if homeless.”

They’re both healthier for you than alcohol, and there is an exploding new field of research around psychedelics that is showing they have huge potential to effectively treat treatment resistant depression, anxiety, OCD and more.

The idea that they “fry your brain” is a complete myth.”

Seriously, it’s BS that it exists in the first place.”

“Time theft, especially from big corporations that are paying you jack s**t compared to the value you generate for them.

“Getting charged for manslaughter in a k**l or be k**led situation where you were attacked for no reason.”

“Giving leftover food at the end of the day to people in need instead of throwing it out.

I’ve never worked at a food establishment and I’m not sure if this is literally illegal or just management who forbids it. Just inhumane.”

“Giving aid to people trying to immigrate into the US.

“Camping on public property, perfectly normal for our ancestors for 1000s of years.”

The amount of basic freedoms being lost due to people passing laws against the homeless is insane.”

“Prostitution in most cases.

Obviously if it involves coercion or underage people it’s wrong both morally and legally. But I don’t think that in general, it’s wrong. People trade s** for dinner and a movie. They trade s** for lots of things.

I don’t see a problem with cutting the unnecessary steps out and just charging money for it. It’s probably more ethical than one or both parties pretending there is or may be a romantic relationship.”

What do you think is moral but illegal?