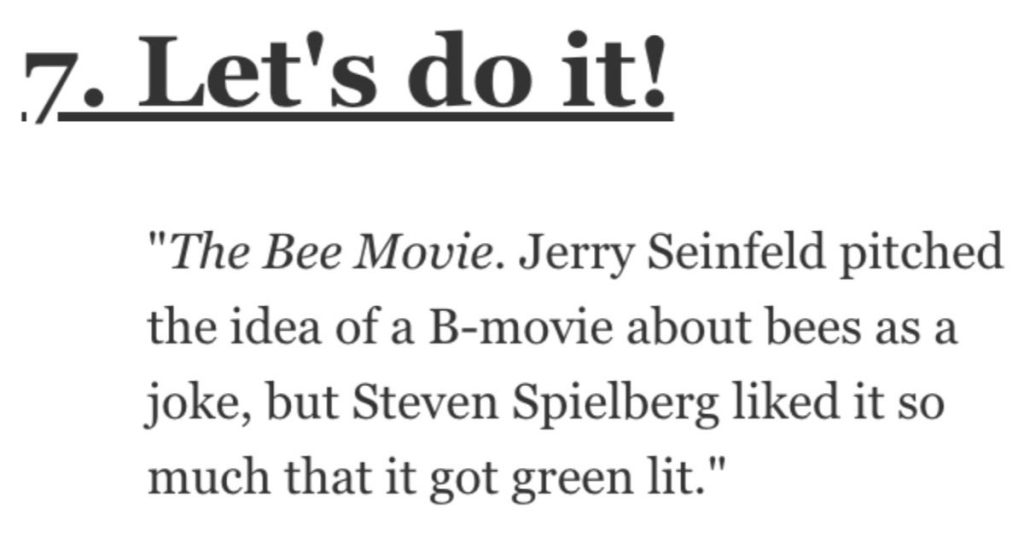 What Started as a Joke but Went on to Become a Legitimate Thing? Here’s What People Said.

Trust me, it was completely ridiculous…

But they actually got better and started to take it seriously and did pretty well for themselves…which is pretty hilarious, when I think about it.

So you just never know…

What started as a joke but became a legitimate thing?

“Weezer covering “Africa” by Toto happened because a 14-year-old girl made an account whose sole purpose was making this request.

And the account gained enough popularity that they caught on and thought it was funny, so they did it. For her.”

“People making fun of razors with multiple blades and Gillette actually making it. This happened twice.

SNL predicted a three blade razor in one of their fake ads in 1975 (it was called the triple-tac). At that time one blade was the standard and three blades just seemed unnecessary and ludicrous.

Well, Gillette followed suit and released the MACH3 in 1998. Then The Onion ran a story called “f**k it, we’re doing five blades” by the CEO of Gillette and 18 months later the Gillette Fusion with five blades was released.”

“Someone on Wikipedia wrote on the Pringles Wikipedia page that the name of the Pringles mascot was named Julius (full name Julius Pringles, I believe he named it in honour of Julius Peppers the football player).

There was a cartoon (The Far Side) that had a caveman showing a picture of a dinosaur with a spiked tail. He is pointing at the spikes and the caption says “this is called the thagomizer, after the late Thag Simmons.”

5. Inspired by the movie.

“The Catalina Wine Mixer from Stepbrothers.

It was made up and in the movie it was actually shot on the mainland and you can see the island of Catalina in some scenes.

It wasn’t until several years later that they actually started holding a Catalina Wine Mixer on the island, which was inspired by the movie.”

“The Wing Fest in Buffalo from Osmosis Jones started as a gag, and now they are celebrating 12 years.”

Jerry Seinfeld pitched the idea of a B-movie about bees as a joke, but Steven Spielberg liked it so much that it got green lit.”

“My dad was a member of the Flat Earth Society in the 1980s.

He thought it was the funniest thing ever to pretend that anyone would actually believe that s**t.

I wonder what he would think if he were alive today.”

“Bugs Bunny’s carrot started as a joke about a scene in a 1934 movie called “It Happened One Night.”

Now, almost a century later, the joke has been lost and the carrot has just become part of the character.”

Started off as a ThinkGeek April Fools product, and then they started selling them.”

“Pitbull’s concert in a tiny town in Alaska.

I actually gained a lot of respect for Pitbull from that.

He could have backed out of it, or gone somewhere else due to the votes being obviously manipulated, but instead he went to a remote location and gave the people there something really special.”

12. Weird that it actually happened.

No seriously, they were a joke team in a Disney movie about hockey – The Mighty Ducks.

Then they became a real NHL franchise as the Mighty Ducks. And won the Stanley Cup as the Anaheim Ducks.”