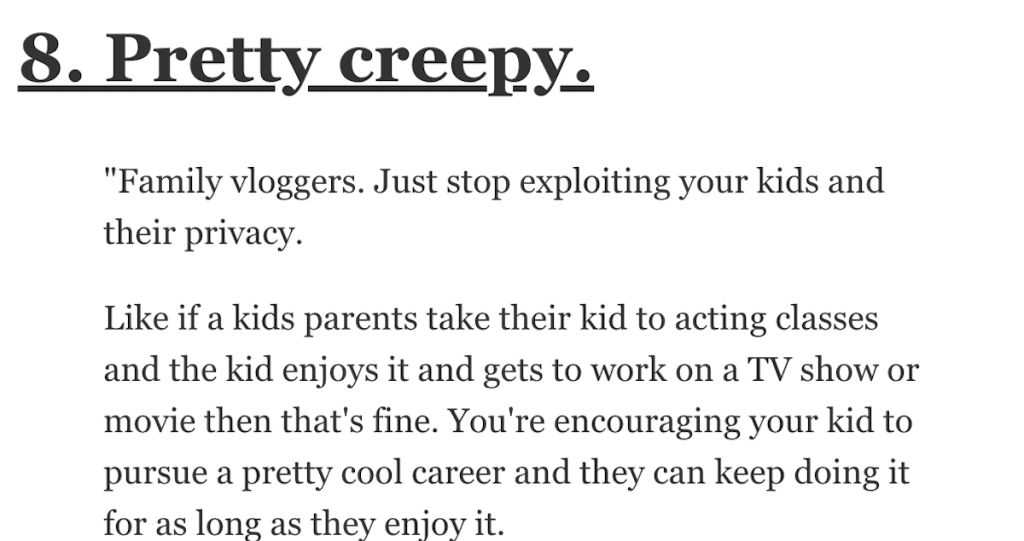 What Types of People Do You Have Zero Respect For? People Shared Their Thoughts.

I know that different personalities make the world go ’round and all that, but that doesn’t mean that we have to like everyone, do we?

We all have people that we have zero respect for.

And today we’re gonna get the straight dope from folks on AskReddit.

“People who make fun of others who are trying.

Trying to get fit, or dance, or whatever.

Yes, sometimes I get the cringe but I keep it to myself.”

I once saw someone throw a piece of trash out of their car and immediately get pulled over by a cop.”

“People that constantly feel the need to put others down to make themselves look/feel better.

I used to work with someone like this, when I 1st met her I thought we could be friends as we had so much similar on the surface but after a few hours of actually working with her I realised I very seriously wanted to punch her in the face every time she spoke.

I’m not a v**lent person but she was just a d**k, through and through. She would make fun or put someone down every chance she got, its a horrifically ugly trait. I then made it my mission to say something nice about everyone i came into contact with at least once a day just to p**s her off. I was overwhelmingly relieved when she left a few months later, I think I would have left if she hadn’t, seeing her name on the same rota as me made my heart sink.

I actually had to block her on social media as even seeing her made me go urgh way too hard. She just made whatever was around her less enjoyable.”

4. You can be wrong sometimes.

“People who don’t admit they were wrong when they clearly were.

It’s okay to backtrack or change your mind.”

“People who gaslight by saying you’re wrong and then say you never take accountability for your actions when you try to defend yourself from false accusations.”

“People that flaunt wealth that they didn’t work for and then think they are better than everyone.

They married a really rich old guy and suddenly are coming into work with super expensive clothes, handbags and jewellery. They are always boasting about how wealthy they are now.

It’s so uncomfortable to be in their company as in our line of work you won’t get rich. Most people are struggling to get by and they rock in with shoes and bags worth 8,000. Read the room or quit the job you ignorant cow.”

Always have to be on top.”

“Family vloggers. Just stop exploiting your kids and their privacy.

Like if a kids parents take their kid to acting classes and the kid enjoys it and gets to work on a TV show or movie then that’s fine. You’re encouraging your kid to pursue a pretty cool career and they can keep doing it for as long as they enjoy it.

If you’re eating breakfast and your parents are just constantly vlogging and making sure you’re all presentable for the camera then you’re just using them and neglecting them. They’re going to possibly grow up narcissistic, emotionally stunted, materialistic or just hating you for not being a proper parent and showing their whole childhood off to the world.”

“When I was in Turkey, there were a lot of stray cats. A little kid ran up and kicked a kitten.

The guy supervising the child laughed like it was funny. That guy. I have zero respect for that guy.”

“Cell phone users who talk in speakerphone mode in public or when people play music on their phone speaker.

Like I want to hear their sh**ty music choices.”

““Street racers” that weave in and out of traffic and put everyone on the road at risk.

They give the car community and the real racing community a bad name.”

“People who don’t return the shopping cart when they’re done.

Just park next to the cart return if its so difficult to walk.”