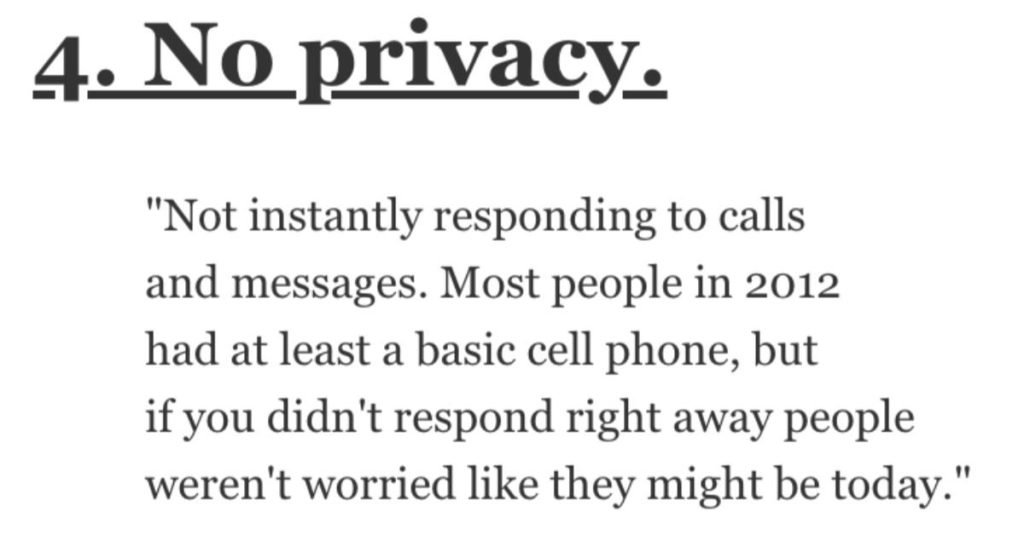 What Was Acceptable 10 Years Ago but Isn’t Today? People Shared Their Thoughts.

Things sure do seem to change in a hurry, don’t you think?

One day things are totally acceptable and then BOOM!, they become taboo and looked down upon.

What was acceptable 10 years ago but isn’t today?

“Having a political discussion with someone that has different beliefs without it ending in a shouting match or someone being labeled r**ist or -phobe.”

“Being an NRA member?

I don’t feel like the change happened overnight but it happened pretty fast.”

“My body as a whole.

God I’m falling apart at 30 I’m so screwed with these weak genetics.”

“Not instantly responding to calls and messages.

Most people in 2012 had at least a basic cell phone, but if you didn’t respond right away people weren’t worried like they might be today.”

“Liking super heroes, or most things in geek culture really.

I remember loving super heroes when I was younger and being made fun of constantly.

Nowadays it’s so mainstream its inescapable.”

Today you’re just toxic, insecure or some sort of “phobic” if you say what you think.”

But you got to be careful even then since you might be creating a sociopath if the kid is smart.”

“20 years ago all of you back pain sufferers could have gotten a complementary oxy script.

“Speaking your fucking mind on the internet.

Nowadays everyones so ready to be offended it rustles my jimmies.”

“Having an open mind, willing to listen all sides and being tolerant of something others do you may not personally agree with.

Now it’s toe the line or see claws and fangs.”