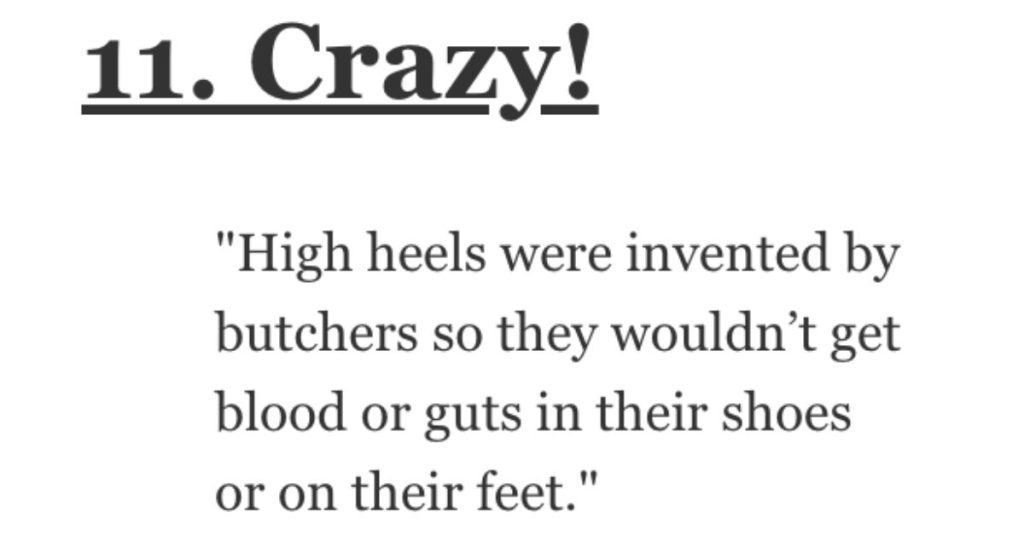 What Was Supposed to Be for One Gender, but Is Far More Useful to the Other? People Responded.

Have you ever used something A LOT that was supposed to be for the opposite gender?

I’m pretty sure we all have!

And today we’re going to hear about what was meant to be for one gender but ended up being way more useful to the other gender.

Let’s take a look at what AskReddit users had to say about this.

I quit using women’s deodorant because it doesn’t work.

To me men’s deodorant smells better and works better.”

“I (female) will only wear men’s boxer briefs unless it’s a really skin-tight outfit.

They are so much more comfortable than panties.”

Don’t get me wrong, women look great in them, but fells, you ever had the support of a thong or jock strap just gently cupping and lifting your nuts up and away from your thighs, especially when you’re lifting?

That s**t is life changing.”

“Chainsaws, apparently designed at first to aid in childbirth and are now used to cut down trees.”

“The color pink was a man’s color, then in WWII Hitler made gay men wear a pink triangle, so it got associated with that.

So men gave women the “gay” color and took blue as their “color”.”

They were developed to exaggerate the upper body, but ended up being used by women more.”

“The fashion changes, but earrings were either for men or for pirates. Not girls.

Also in my country tattoos were either for prisoners, pirates or sailors.”

“Kilts were invented by the Scots to hide more knives on their bodies.

And women have been wearing skirts for a long time since then.”

“Tampons. They were originally designed to plug bullet holes in WWI.

After trying most of the other medical equipment, they settled on the tampon. And then they realized it’s actually multipurpose.”

“Wrist watches were considered feminine until soldiers in WWI realized it was safer to use than fishing for a pocket watch, which requires you to remove your hand from your firearm.”

“High heels were invented by butchers so they wouldn’t get blood or guts in their shoes or on their feet.”

My gf a long time ago forgot her razors when we were abroad so she used mine. She said it was the best shave she’s ever gotten.

Her legs are always super smooth for longer after she switched to my brand.”