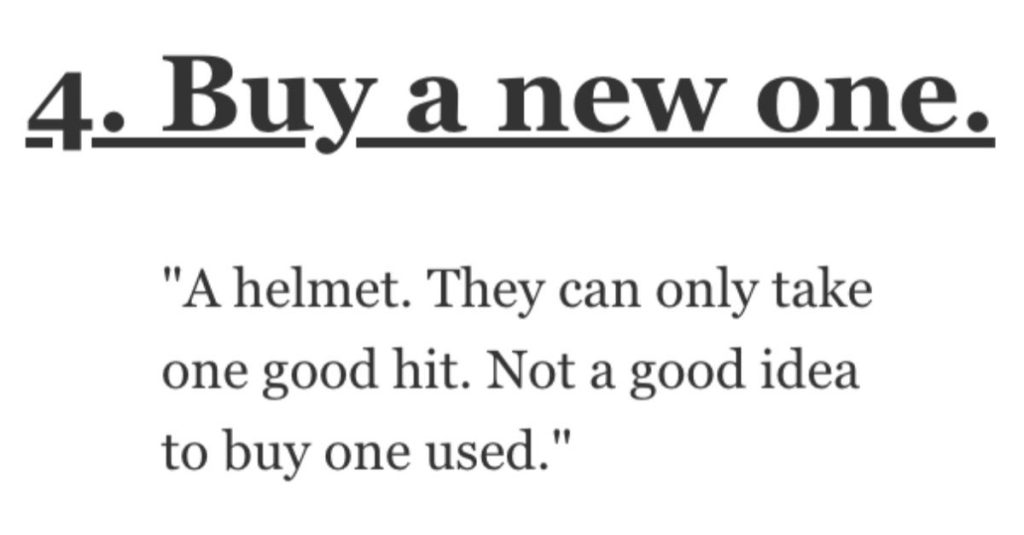 What Would You Never Buy Secondhand? Here’s What People Said.

Secondhand and vintage clothes and products seem to be all the rage these days, but that doesn’t mean that there still aren’t some things that people would never, ever buy if they were used.

And today we’re gonna get some real talk from AskReddit users about this topic.

I used to work at a pest control company, and the #1 thing that brought them in was used furniture, but usually a couch.

Those f**ks are terrifying- they hide in tiny cracks and crevasses during the day and then come out to feed on you at night. You don’t notice until it’s too late. You’ll start waking up with itchy bites, see little red sprinkles in the seams of your mattress, and eventually see them.

One single pregnant female on a throw pillow is all it takes. The male stabs the female in the abdomen (literally) one time and she’s pregnant for life and off to make your life miserable. Then you have to pay $2500+ for a company to treat them. And if they miss one pregnant female…”

“Bed sheets. No thanks. Hard pass.

We don’t even bother trying to give them away to other people.

Best we can do is donate to animal shelters so the furry ones have something soft to snuggle around in.”

You never know what they’ve been through and when they explode they cause serious damage.”

They can only take one good hit.

Not a good idea to buy one used.”

The fact that there is even a market for used ones is highly disgusting and disturbing.”

I’m a huge germaphobe and always smell things before I buy them in the thrift store. Not a deep sniff, just a gentle one.

So far every pair of shoes I come across at thrift stores smell foul. Could just be me being picky.”

I bought one from a thrift store once. I gave it what I thought was a thorough cleaning on the inside. Then, for the next week, I suffered awful flu-like symptoms.

Runny nose, headaches, the works. Turns out it was mold poisoning from the AC. Took that unit out and was fine by the next morning. Never going to risk that again.”

The used nature of the batteries isn’t worth the cheap cost of the car, if it is. Get those new and use it. Run it till it falls apart. The market for the batteries is going to be the cost of a new car anyway.

So might as well make that car last as long as possible. It’s why I haven’t set foot into the market of Tesla, Hybrids or any EV as of yet.”

My father wanted to save money when I was a kid, and that’s how I ended up with a broken leg in the hospital after the binding on one of the skis jammed.”

“Any kind of kitchen utensil.

You don’t know who used it last or what their standards of sanitation were like.”

I work in a hospital, and when they do a fecal transplant, the orders are for the family to bring their own blender.”

As someone that has recently started shopping for my first VR headset, I have never considered buying used.

The idea of putting it on after some random person has sweat in it for however long (years?) seems gross.”