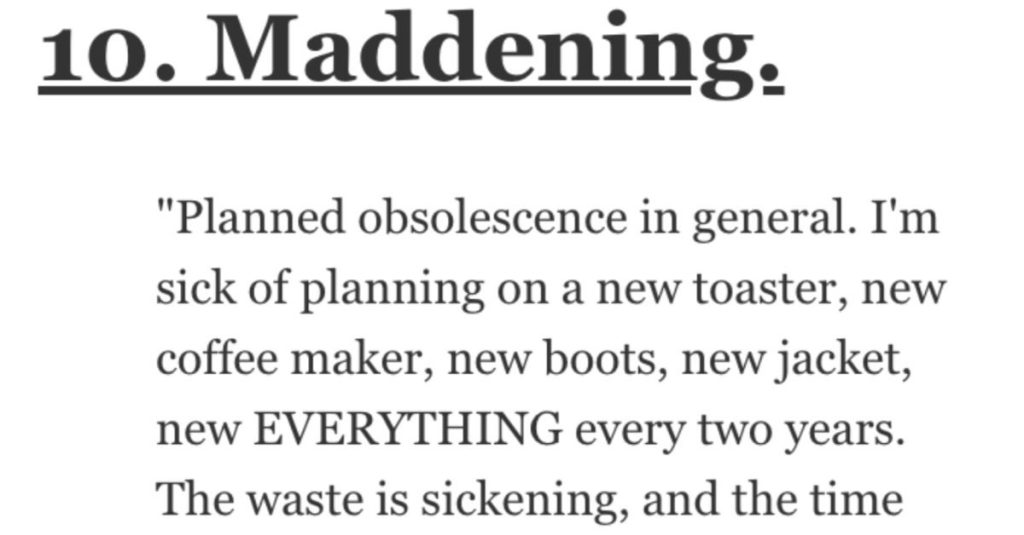 Scams, scams, everywhere there are SCAMS.

So you gotta keep your eyes open and be on the lookout!

Pay attention to what these folks on AskReddit had to say about what they think are the biggest scams in today’s society.

“The cost of textbooks is absolutely absurd, even 20 years ago. I was fortunate enough to have a work study job in the library and was able to get almost all of my books there and keep them for the full quarter with some “creative” system updates. I knew it was wrong, but if I actually paid for my books, I wouldn’t have been able to eat/afford basics even though I was working two jobs.”

“Recycling in general was mostly untrue marketing. Growing up in the US, no one talked much about the “reduce” or “reuse” vs. “recycle”.

The fact that most recycling is sent to the landfill, wasn’t even talked about much until recently. No one talked about having clean and dry items, not greasy cardboard or wine with corks still in etc. Single-use plastics as is a cultural and geological issue.”

It is legalized fraud, plain and simple.”

The waste is sickening, and the time  to find out what is being offered.. what companies have declined in quality, what the latest model of iron looks like. I don’t need any more improvements to pajamas.

Leave some of these things alone at some point and improve things that matter.”

I saved $800 on my wedding cake by insisting it was just for a party. Like, my mother asked the traditional way and was quoted $1,100.

I said ‘oh hell no’ and called back for a quote on the same dimensions and flavors minus the W-word and the cake was magically only $300.”

“Allowing politicians to trade stocks while also having a legal avenue for corruption (lobbying).

“Being a company man.

Every company you work for, you are only as good as your output to them.

There are exceptions for small family type companies, but looking at the fortune 500 types, it’s 100% metrics on what have you or your group done for me lately.”

It’s great how you can pay for something every month to get nothing out of it, then if something happens you pay even more.”

Our politicians spend each term mostly planning for the next election, rather than working together to help make lives better.

“Getting myself reelected” is the politician’s greatest talent. Being a good steward of public trust and responsibility barely enters the equation.

Don’t reelect ANYBODY. They are all failing at doing what we elected them to do.”

“The rich convincing the middle class that the poor are taking their money.

“See that guy over there with an iPhone? He just bought that with his tax refund. You pay taxes don’t you? Doesn’t that mean you basically bought him that iPhone.

Your taxes are so high because he wants an iPhone. You should kick his a** for that.” R Says the rich guy right before he drives away in his Ferrari that is a tax write off.””