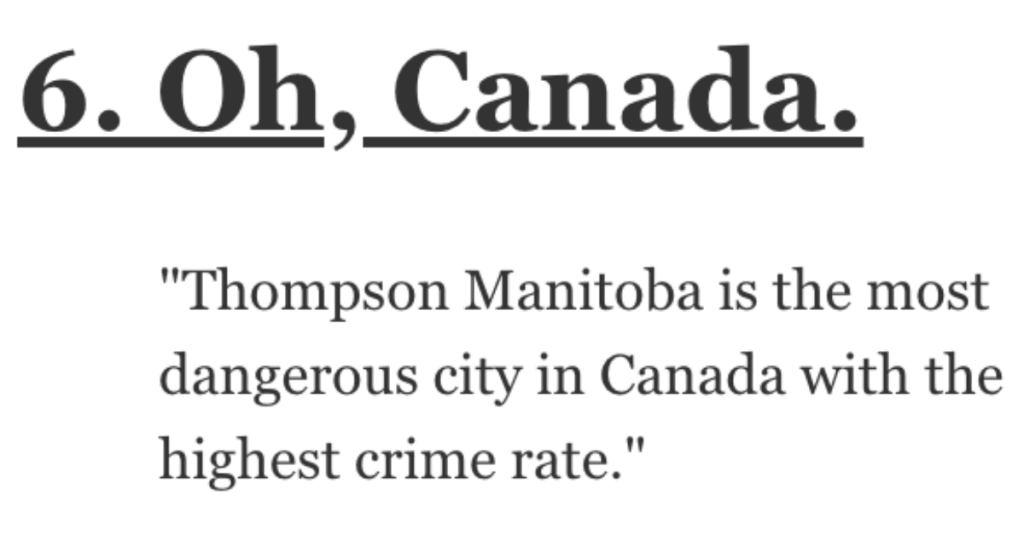 What’s the Most Dangerous Place in Your Country? Here’s What People Said.

What comes to mind when you think of the most dangerous places in America?

There sure are plenty to choose from, that’s for sure…

AskReddit users talked about the most dangerous places in their countries.

“La Modelo. A prison in Bogotá.

A few years back they cleaned out the remains of over 100 individuals butchered and then thrown in the sewers below it.

Probably Svalbard where you could get lost or get eaten by a polar bear.”

Everywhere. Not even safe in our own house.

There are many cases that soldiers come to your house at night and arrest a family member and then send back the d**d body in the morning.

And if you are a teenager, you have a high chance that you can get arrested because most of the protesters are teenagers even if you are not a protester.”

Salties, box jellyfish, stone fish and cassowaries all readily available to mess up your day.”

“Thompson Manitoba is the most dangerous city in Canada with the highest crime rate.”

“Here in Brazil, we have the Ilha de Queimada Grande (or “Snake Island” as it became better known).

It is the place with the highest concentration of venomous snakes in the world and is considered by some people as one of the d**dliest islands known.”

“In the eastern part of Kazakhstan, there is a place – D**d Lake. It is small in size, surrounded by beautiful scenery, far from residential buildings, but it has a bad reputation.

People drown in the lake almost every year. Locals try to bypass this strange place, which attracts tourists. The water in the d**d lake, even in the summer heat, is simply icy, there are no fish, no algae, trees along the shore do not grow, and even mosquitoes.

Divers who decided to dive say: – in a couple of minutes they catch their breath, there is not enough air, for some unknown reason.”

“Finland; this is kinda hard…

Maybe some train stations on the weekend after midnight?

“Probably rural Moldova in Romania, of the ghetto in Bucharest at night (Ferentari).

I mean there is a small chance that someone will pickpocket you (never happened in almost 25years)but no one is going to go stabby stab or shootty tooty on you.”

Lots of places there and owned by the Mafia and it’s not very intelligent to go there.”

They had a free g**s-for-cash exchange at a police station a few years back.

Someone handed in a grenade launcher.”

13. The rundown on Australia.

“NT for crocs, QLD for jellies, NSW for spiders, VIC for kangaroos.

What are dangerous places in your country?