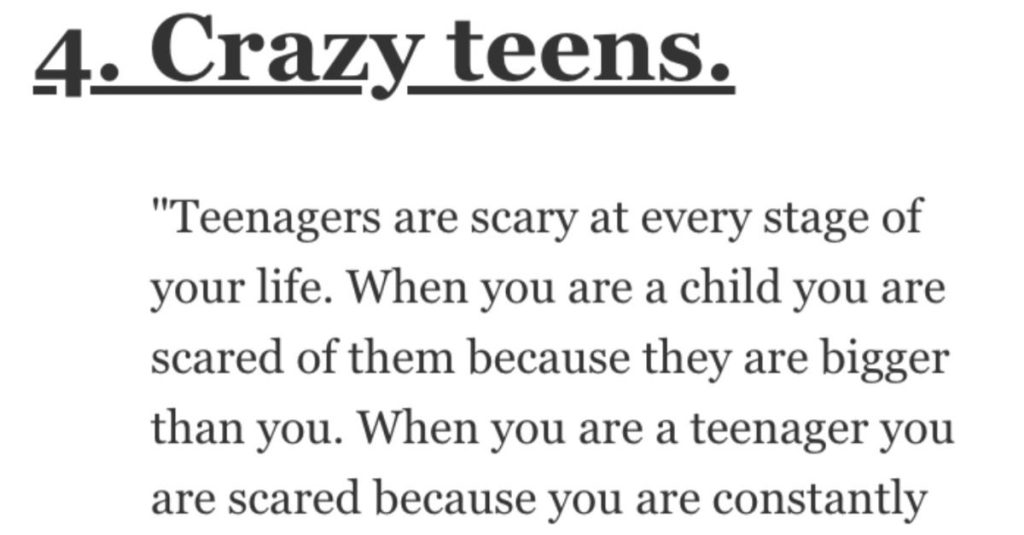 Who Are the Scariest Types of People? Here’s What Folks Said.

The world is a scary place, no doubt about it.

And it’s filled with a lot of scary people.

And today we’re going to hear from folks on AskReddit about what they think are the scariest types of people.

“My mom was married to a psychopath narcissist for almost 50 years and she’s always told me “charm is a choice.”

Now I RUN when I meet “charming” people.”

“Weak people in positions of power.

My boss is spineless and won’t defend the people under him to the people above him.

“Something about delusional people that lie but then truly believe their own lies, they live in a completely different world mentally.”

“Teenagers are scary at every stage of your life.

When you are a child you are scared of them because they are bigger than you.

“People who lie about anything and everything, especially things that do not matter or things that are easily disprovable.

If they lie on something so inconsequential or knowing they’ll get caught and just don’t care, what other types of lies are they cooking up that we can’t disprove or don’t know about, and might not get caught for?”

“There are three things all wise men fear: the sea in storm, a night with no moon, and the anger of a gentle man.”

David Foster Wallace, hitting the nail on the head.”

“I’ve hung out with drug dealers, k**lers, gang members, thieves, dope fiends, p**stitutes, and just about every other criminal type you can think of and only one type of person scares the s**t out of me…..

It’s the people with the look that instantly tells you they are insane. It’s hard to describe but their eyes kind of have this stare that goes right through you. Like when they look at you, the look in their eyes is more like they are looking through you rather than at you.

Like, when you look into their eyes you can just tell that they are completely out of their mind. I’ve met two people in my lifetime that had the look.”

“People who can justify anything to themselves

I did not hit her

And if I did, it wasn’t that bad

And if it was, I didn’t mean it

And if I meant it, she deserved it.”

Whether it be religious and/or political fanatics, cartels, etc.”

“My friend owns a dive bar and gets a rough crowd.

He says the scariest people are the ones who have nothing to lose.”

“I know a guy who’s a legitimate sociopath. Doesn’t give a f**k about anyone.

He has “friends” per se, but they’re more just people he keeps around because they benefit him in some way or another. Easily convinced he’d watch someone die without helping if he didn’t see himself getting anything out of it. It’s actually a trip spending time with him listening to him talk and seeing how he acts around people.

He kinda reminds me of Christian Bales character from American Psycho. Tall, handsome as f**k, pulls girls like crazy, but he could k**l someone if he needed to and not bat an eye. I should mention that he’s aware of all of this, doesn’t deny it, and actually finds joy in the fact that he’s that way.

People are drawn to him because of his charisma but don’t hang around once they actually get to know him. He couldn’t care less. I only met him through a buddy that grew up with him, who no longer hangs out with him either. Hilariously enough, he’s in sales and is amazing at it.”

What types of people do you think are scary?