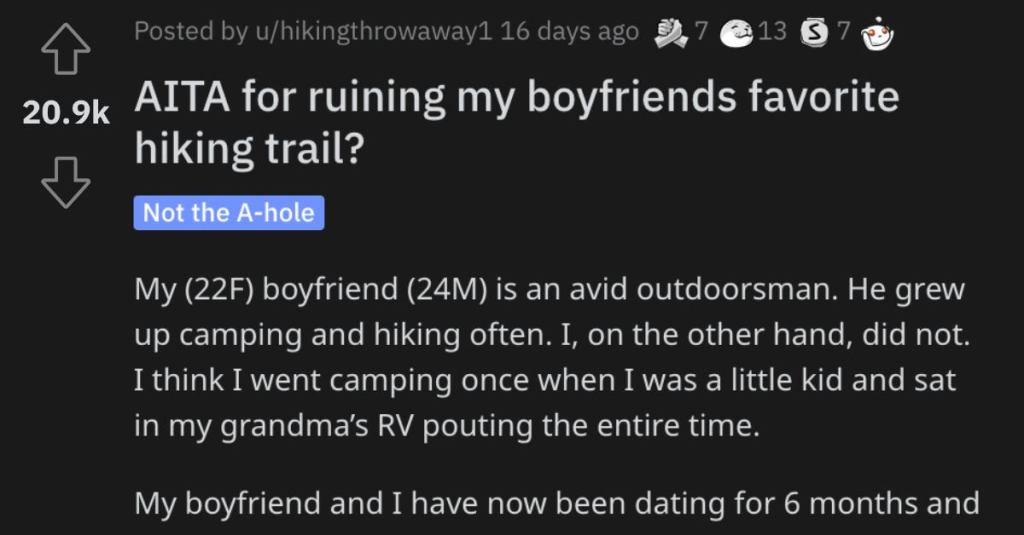 Some people are outdoorsy and some people really aren’t.

See if you think this woman really “ruined” her boyfriend’s favorite hiking trail in the story below.

“My (22F) boyfriend (24M) is an avid outdoorsman. He grew up camping and hiking often. I, on the other hand, did not. I think I went camping once when I was a little kid and sat in my grandma’s RV pouting the entire time.

My boyfriend and I have now been dating for 6 months and as our little “anniversary” present, my boyfriend wanted to take me to his favorite hiking spot. We live in a warmer state, so hiking this time of year isn’t abnormal. I was a little nervous about it, but agreed because I definitely see him as the person I’m gonna marry, which means adapting to his lifestyle as well.

So we went on a sunrise hike up a mountain that was a little over an hour away from us. The hike was just over 3 miles total and wasn’t too difficult for beginners. Before going, my boyfriend gave me the safety run down and pushed that I drink a ton of water.

When we got to the trailhead, I needed to pee slightly and mentioned to my boyfriend finding the bathroom at the beginning of the trailhead (which I believed to be just around this little hill) he brushed it off though and suggested we get going so we don’t miss the most beautiful part of the sunrise, so I agreed.

During the first half of the hike, my boyfriend kept pushing for me to drink water to the point where I felt like I was gonna throw up (and my bladder was gonna explode). When we got to the best part of the hike, we sat there for a few minutes before I mentioned heading back down because at this point I reallyyyyy needed to find that bathroom.

My boyfriend insisted we stay for a few more minutes until I finally dragged him up. Listen, I’ve never peed outside my entire life. But I must’ve drank so much water my bladder just couldn’t take it. Before we even made it back down, I knew I was about to pee my pants. I kept mentioning it to my boyfriend and he kept comforting me, saying it was okay, saying I can make it.

Unfortunately, I could not make it. I apologized profusely but told him I had to duck behind a big rock a little ways off the trailhead to pee or I was going to pee my pants.

He was angry, scoffed and huffed as I asked him to stand watch, but instead he just stood by the trail, angry as ever. And to make matters worse, an older couple that was cutting through some of the brush walked right by me, but didn’t say anything.

So yeah, my boyfriend is understandably furious with me, not only for exposing myself on our hike, but also for rushing our beautiful view. This is his favorite hiking spot and I ruined it. I feel terrible, but I also feel like it was something that I couldn’t control.

This reader said that the boyfriend is being totally ridiculous in this situation. 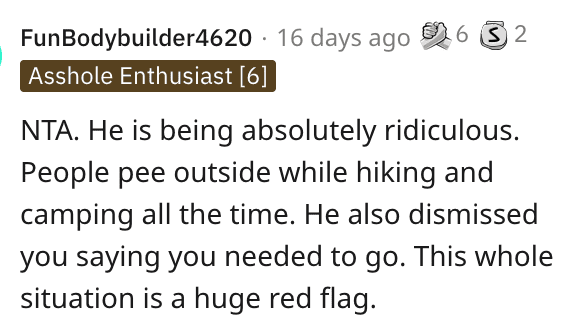 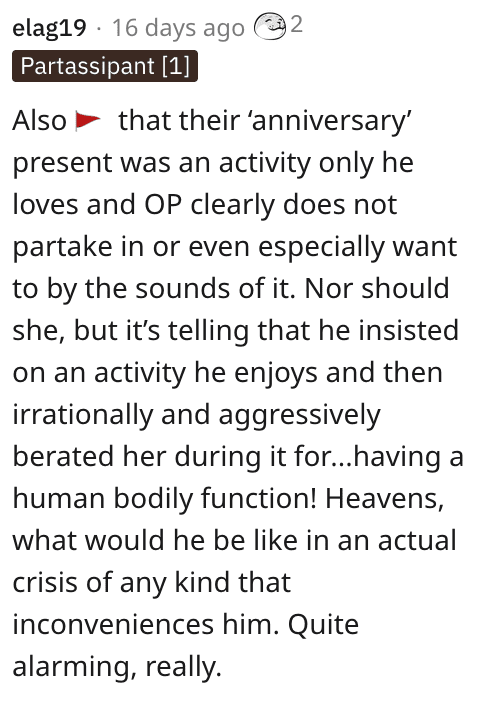 Another individual thinks these two are definitely not a match made in Heaven. 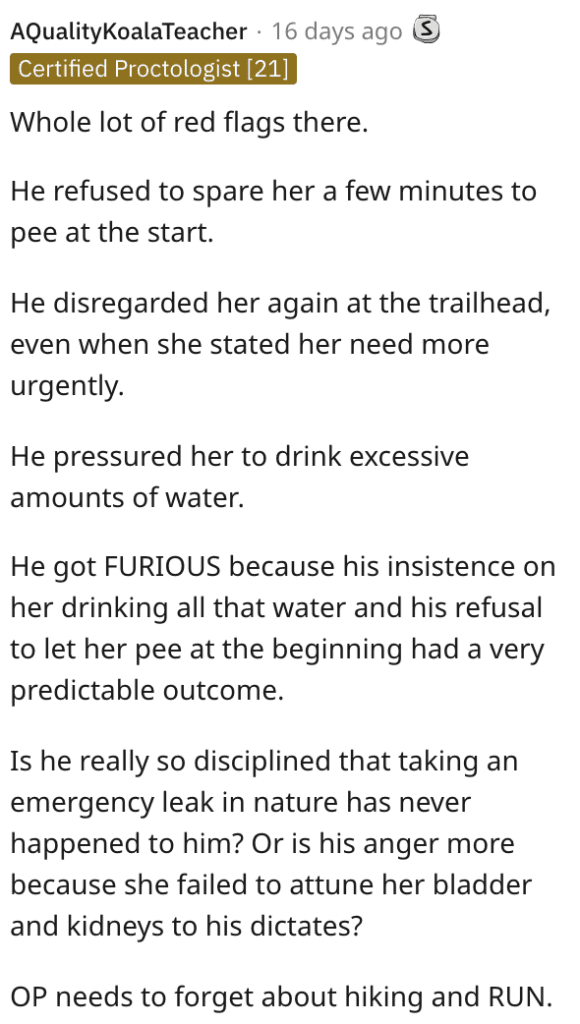