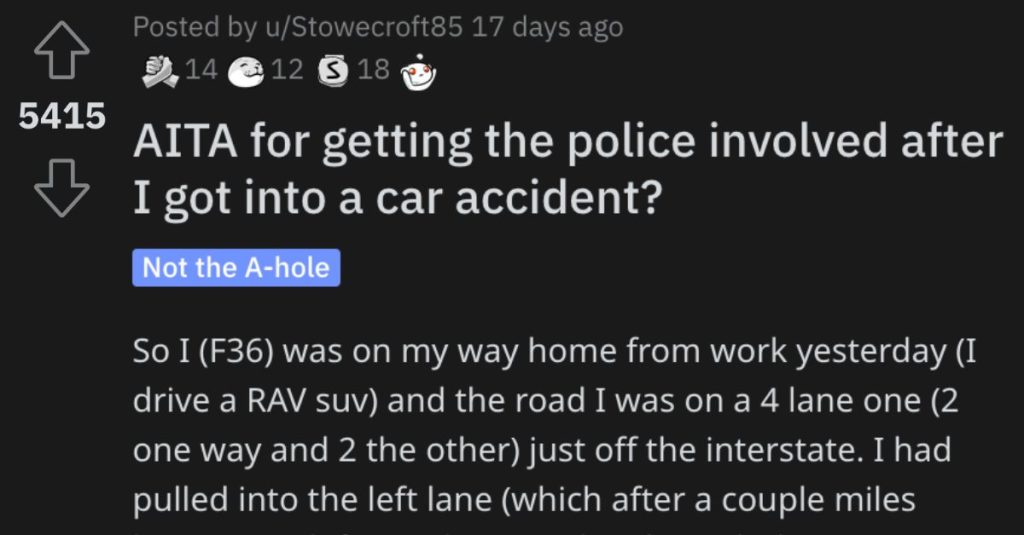 Call me crazy, but I thought you kind of HAD TO call the police after a car accident.

Wel, I guess not everyone thinks that way because a woman asked readers on Reddit’s “Am I the A**hole?” page if she was wrong to get the cops involved after getting into a wreck.

AITA for getting the police involved after I got into a car accident?

I had pulled into the left lane (which after a couple miles becomes a left turn lane) and in the right lane next to me was a smaller car. I didn’t think anything of it when they sped up but then they cut across my lane and were trying to U-turn (which because of where we were at the time was not only illegal but really dangerous) and I slammed my breaks but unfortunately couldn’t stop in time. I ended up slamming into the side of the other drivers car.

As we were both stopped in the middle of the road I got out of my car and went to check on the other driver and their passenger, they were teenagers (a boy and girl). I asked if they were ok, and thankfully no one was hurt.

They got out of their car and looked at the damage on their car and mine and I was already calling 911. Luckily there was an off duty EMT from the local fire dept behind us so he turned the lights on in his truck and pulled up to check on us. He had seen the whole thing.

The kids begged me not to get the police involved because the boy that was driving would lose his license and offered to pay me off so they could leave. I was shook and trying to stay as calm as I could.

This is where I might be the AH, when they were begging me not to call the police I sternly told them no and that the accident needed to be reported and that I needed the report for my insurance company.

The kids started freaking out and the girl called her father and told them a Karen was calling the cops on them. The boy was just sitting in his car and barely said a word.

When the state trooper showed up he gathered our licenses and registration and asked what happened. The EMT and I explained that the kids had cut in front of me and I told him how they had tried to pay me off so they could go, and the kids admitted to trying to pull a U-turn because they got off on the wrong exit.

The cop chewed them out for reckless driving and pulling an illegal U-turn and went to his car to run the licenses. The father of the girl shows up not long after and doesn’t say a word to me (which was fine by me) but stares daggers at me while taking pictures of the front of my car.

After the trooper was done he goes over to the kids and gives them a copy of the accident report and tickets the driver, then gives me a copy of the report. Thankfully they were insured so I can have my insurance company deal with that.

The damage to my car wasn’t as bad as theirs, it was drivable but it still busted up the front right side enough to need repair, plus as I was getting closer to home I started smelling something burning so I had to stop and have it towed to the dealerships repair garage. My car isn’t even 6 months old.”

This reader said that this woman simply followed the law. Not the a**hole! 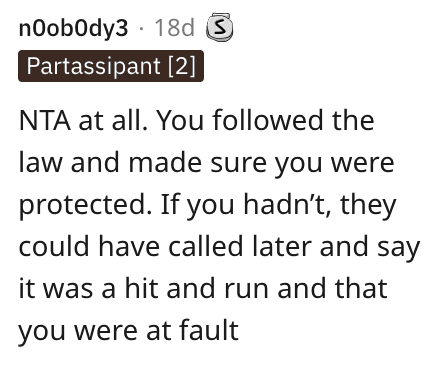 Another Reddit user who works as a claims adjuster said you should always call the police if there’s been an accident. 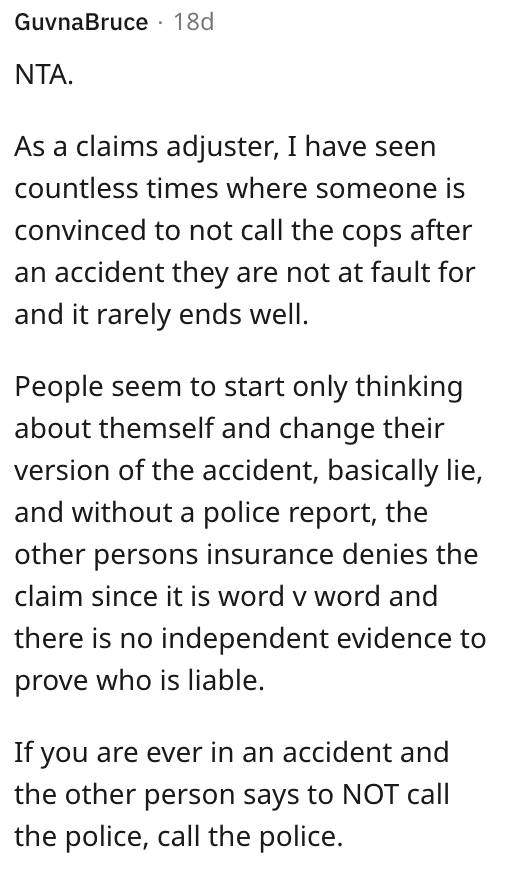 And this individual pointed out something that is pretty ironic… 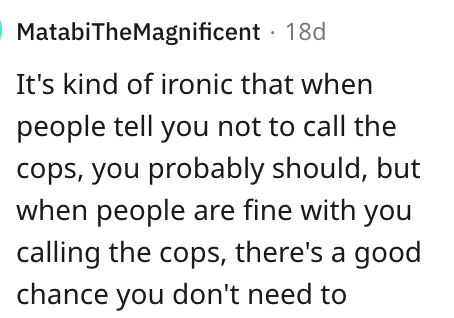 Finally, this Reddit user said they made the mistake of not calling the cops after an accident and it ended up costing them big time. 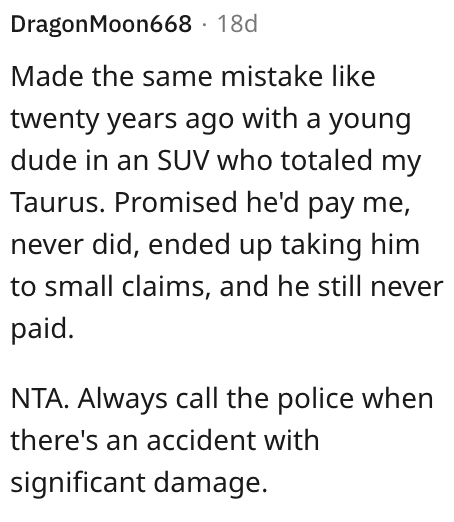 Do you think this woman did the right thing?

Talk to us in the comments and let us know! Thanks!