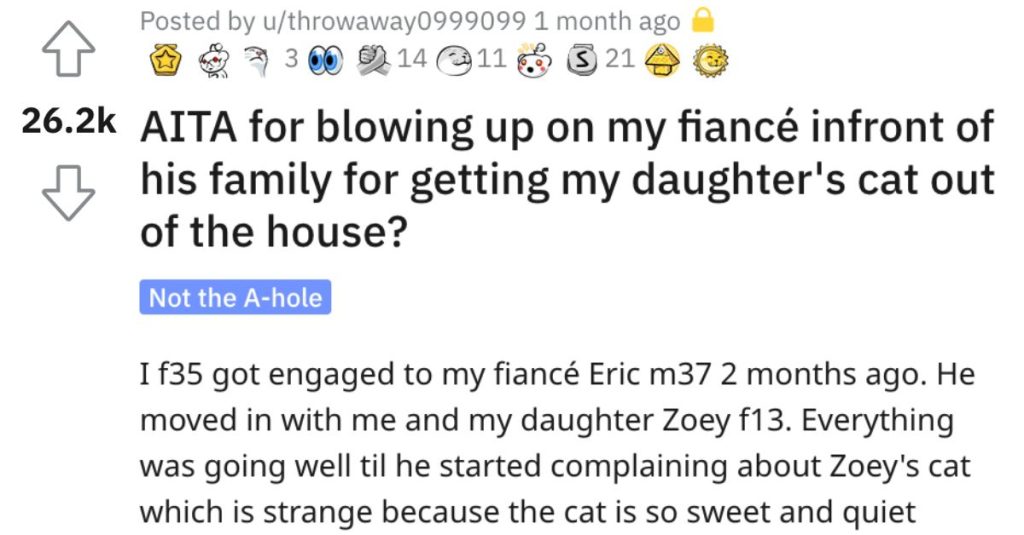 Have you ever blown up at your significant other in front of other people?

How about in front of THEIR family?

Check out this story from the “Am I the A**hole?” page on Reddit and see if you think this woman was out of line.

AITA for blowing up on my fiancé in front of his family for getting my daughter’s cat out of the house?

He moved in with me and my daughter Zoey f13. Everything was going well till he started complaining about Zoey’s cat which is strange because the cat is so sweet and quiet most of the time and so I had no idea what the issue was exactly.

Anyways, he went from complaining about the cat to making demands about her. He gave Zoey a list of places the cat can/can’t go, things she’s “allowed” to touch, banned her from places like kitchen and sofa (Zoey’s favorite place to cuddle with her cat).

Zoey showed me this list and I had an argument with him telling him he needed to stop this because it was ridiculous. He ranted about this being his house too and how he expects things to change after we get married.

Few days ago, I was at work and got a call from Zoey crying saying her cat wasn’t in her room and in the house. I freaked out too and went home to look for her. Zoey and I looked for 2 hrs before a neighbor of ours brought her and told us that he saw Eric leaving her outside and getting in his car and leaving. I was surprised and quite angry.

Zoey took her cat and went back inside. I immediately drove to my future inlaws home where Eric said he’d be. The second I saw him sitting with his family I went off and blew up at him in front of everyone. His mom asked what was happening and I told her her son got my daughter’s INDOOR cat outside the house probably hoping for her to get lost.

He argued about wanting me yo stop spouting nonsense and go home and we’d talk there but I refused. It got worse and I ended up leaving after his family flipped out at him.

He’s been staying with a friend and has stopped calling and texting.

AITA for blowing up on him in front of his family?”

One reader said she’s NTA…but she will be if she stays with this guy. 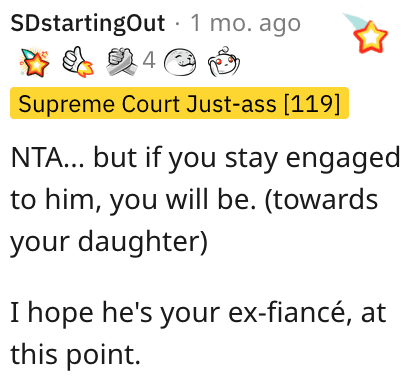 And another Reddit user agreed and said this guy is very controlling. 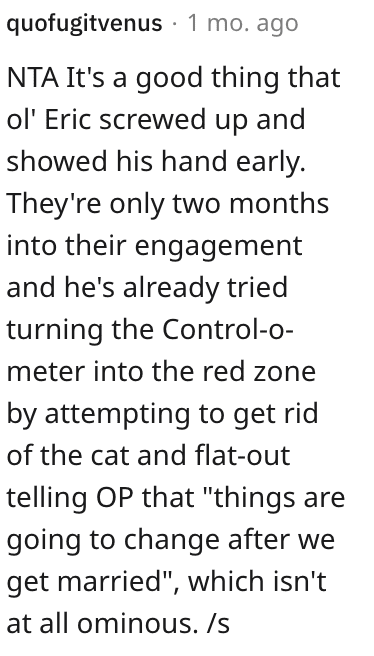 Another individual said she needs to kick this guy to the curb. 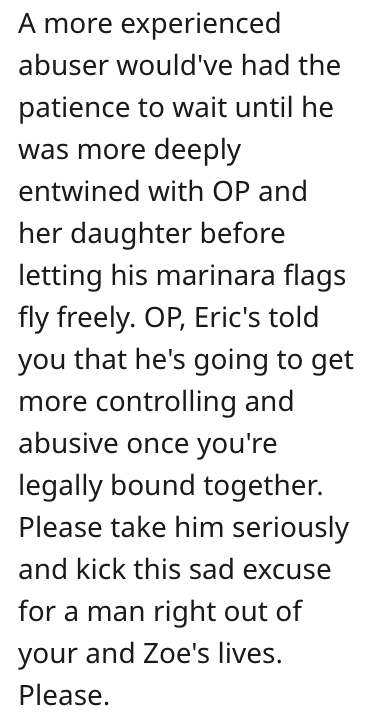