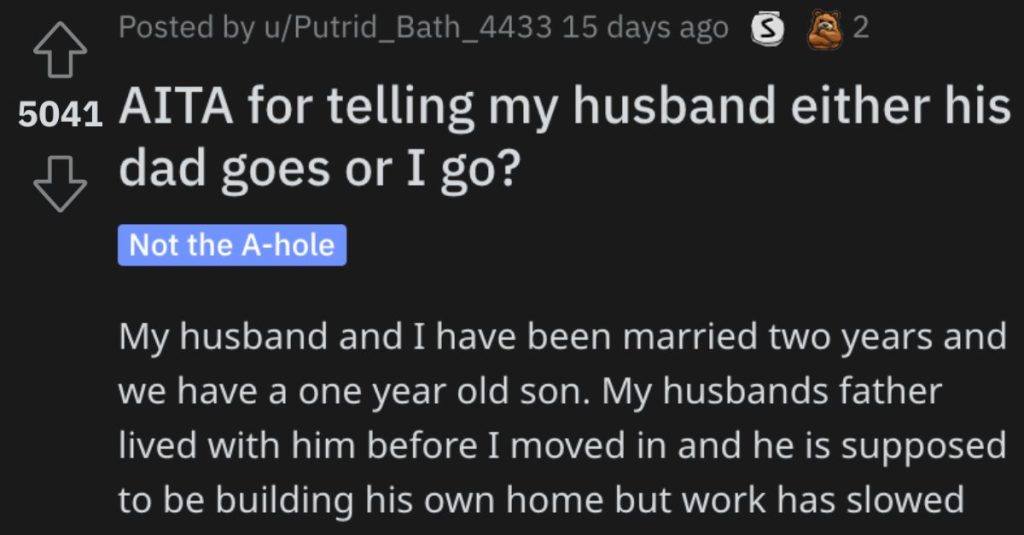 Should I stay or should I go…?

That’s the question a woman is asking herself in this tale from Reddit’s “Am I the A**hole?” page…

Read on to hear her story and to see if you think she’s behaving badly.

AITA for telling my husband either his dad goes or I go?

“My husband and I have been married two years and we have a one year old son. My husband’s father lived with him before I moved in and he is supposed to be building his own home but work has slowed and he is still with us two years later.

When I moved in I asked my husband to get him to stop s**king in the house. He stopped for awhile. Then I caught him s**king again. Told my husband who reminded him again that it’s outside now. Then another time and my husband again told him he needs to s**ke outside.

I just got home from the grocery store and in my sons baby bowl are three cigarettes and ashes and I have had it. I want him gone. He doesn’t respect me, the house or the kids. I told my husband he needs to go because he can’t follow one simple rule because he’s to lazy to go outside.

My husband says he can’t just kick him out and it isn’t that big of a deal. It’s a big deal to me and I’m done. I told him either I go or his dad goes.

This reader said that what the FIL is doing is very dangerous, not to mention disgusting. 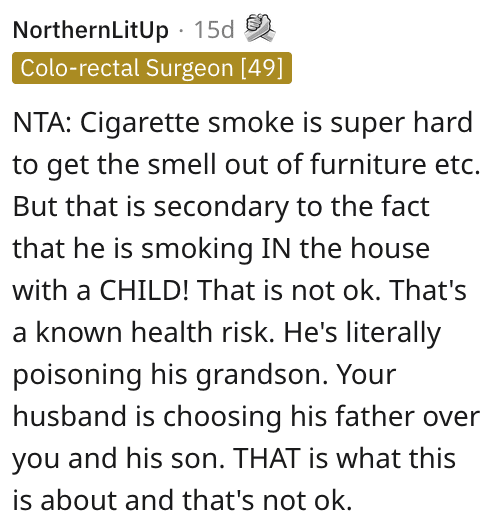 Another Reddit user said that sm**king IN SOMEONE ELSE’S HOUSE is just plain crazy. 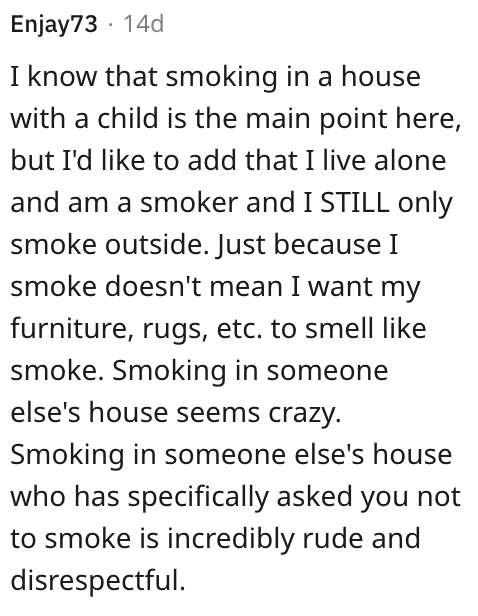 This person said that this woman might have to take some bold action if this behavior doesn’t stop. 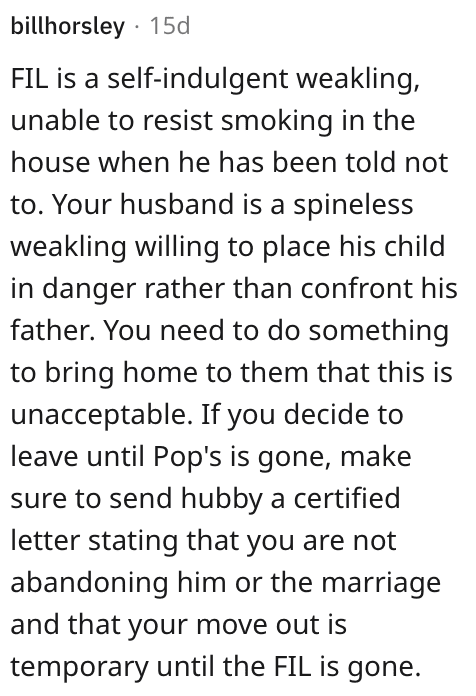 And this reader said that this is a serious issue and that the FIL needs to grow up. 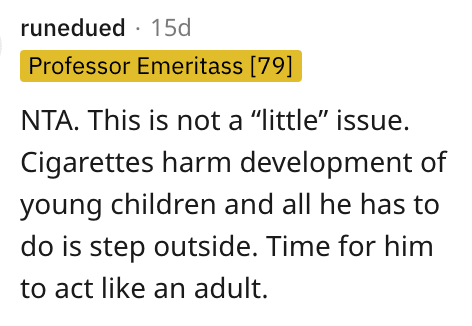