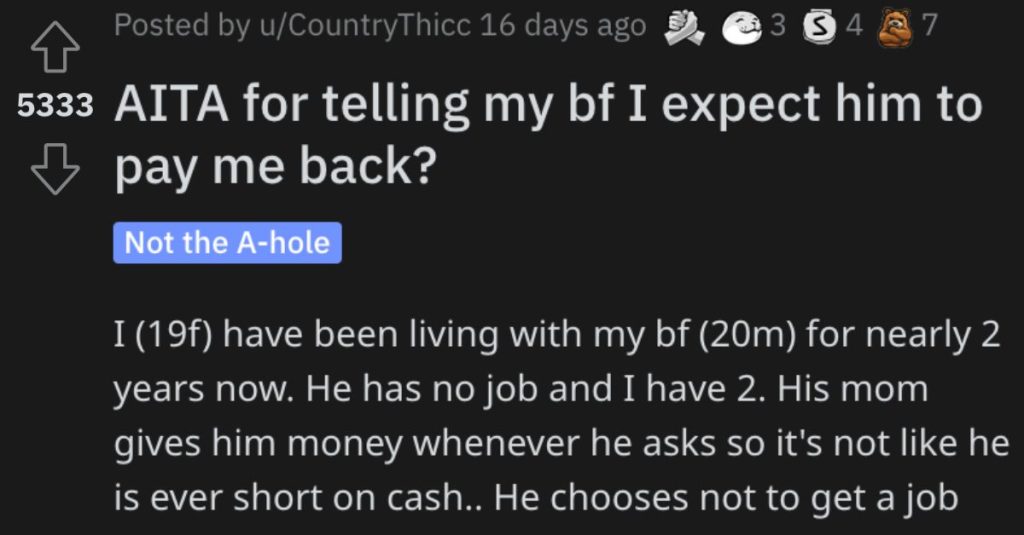 Young Woman Told Her Boyfriend She Expects Him to Pay Her Back for All She’s Done for Him. Was She Wrong?

You better pay me back!

I’d like to think that everyone intends on paying back the money they borrow, but I guess you never know…

Read on and be the judge about whether this woman is acting like a jerk for expecting her boyfriend to pay her back.

AITA for telling my BF I expect him to pay me back?

He has no job and I have 2. His mom gives him money whenever he asks so it’s not like he is ever short on cash.. He chooses not to get a job and I usually dont say anything about it because he typically does stuff to help around our house. I pay for all our bills (rent, electric, car payments, ect.), groceries, and anytime he wants to go out and do something together.

The other day my bf and I went to town to pay the bills and get groceries. When we were done I had $30 to last a week for gas so I can get to and from work. He asked if we could stop and get something to eat instead of going home and making something for dinner. I told him I didn’t have enough for that and explained why.

He told me that it was ok. That he would pay for it and I could just pay him back whenever I get my next check. For 2 years I have paid for everything he never had to or was never asked to pay for anything. This comment pi**ed me off. He went to get something to eat and I refused to order anything. His comment had really dug deep and got on my nerves.

He asked me why I wouldn’t eat. He got mad when I told him this way I wouldn’t owe him for a d**n thing. He said it was no big deal that I could pay him back whenever. Repeating himself only pi**ed me off more. I told him that if he expects me to pay him back for a meal then I want him to start paying me back for everything I’ve spent for the past 2 years for us.

I didn’t really mean it I was just stressed and pi**ed. So now he has been at his mom’s house for the past 3 nights and I have gotten multiple texts and calls saying I’m an a**hole and I should’ve just agreed to pay him back and called it good.

This reader said that this woman needs to RUN away from this relationship. 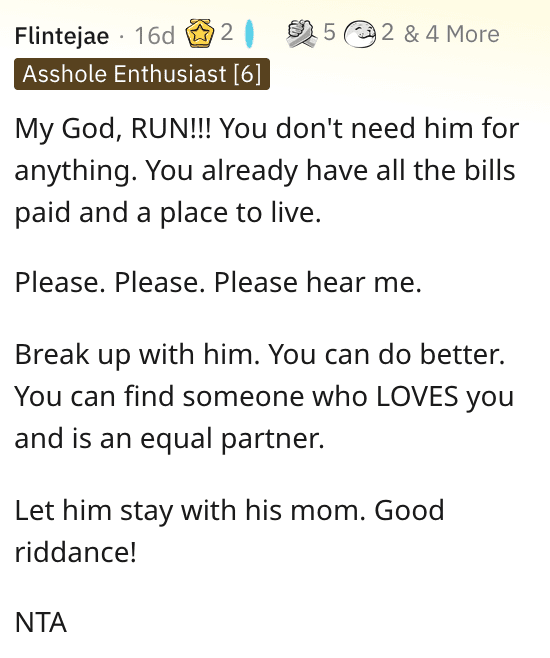 Another individual agreed and said she needs to get out of there. 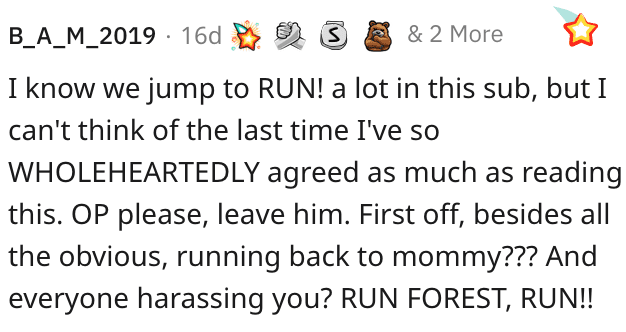 This Reddit user said she needs to change the locks and get a divorce. 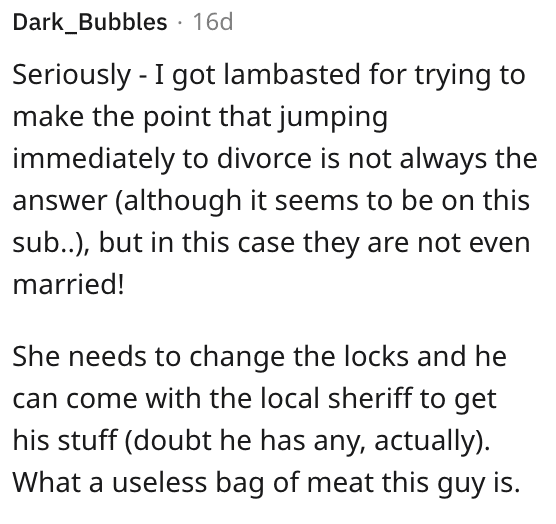 Lastly, this reader said it sounds like she’s an adult and she’s dating a kid. 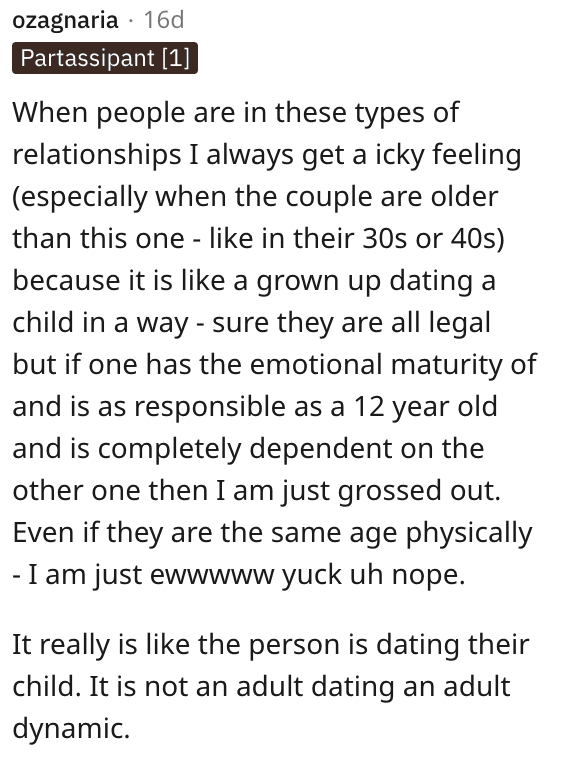 Now it’s your time to shine.