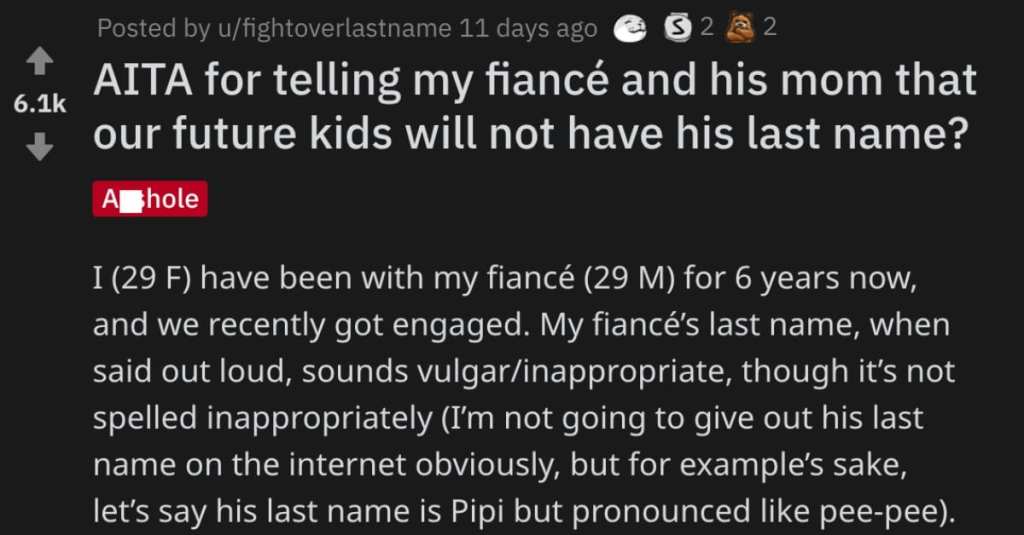 Uh oh…it’s another story about people getting all worked up over their kids’ names.

You see it all the time!

And this story that a woman shared on Reddit’s “Am I the *sshole?” page has a little twist…because her and her fiancée don’t even have kids yet…

Let’s see what this woman had to say.

AITA for telling my fiancée and his mom that our future kids will not have his last name?

My fiancé’s last name, when said out loud, sounds vulgar/inappropriate, though it’s not spelled inappropriately (I’m not going to give out his last name on the internet obviously, but for example’s sake, let’s say his last name is Pipi but pronounced like pee-pee). I told my husband after we got engaged that I would be keeping my last name because I preferred my last name to “Pipi.” He was ok with that.

However, the topic got awkward during a discussion yesterday with his mom. She was talking about our future children, and I offhandedly mentioned that I liked the name Hannah. She said “awww, Hana Pipi, isn’t that adorable!”

And I said that our children would take my last name because I’m not going to give my kids a last name that would result in them getting bullied. My fiancé was shocked because we hadn’t had this conversation yet, and my MIL was mad that we would be “untraditional” by not giving the kids their father’s last name.

I think it’s s*xist for the kids to HAVE to have their dad’s last name, even if that name is objectively worse than their mother’s. But my MIL yelled at me about it and my fiancé is upset that I told her before talking about it with him.

It’s turned into a big fight and my MIL called us again today to yell at me, and my fiancé is acting quite cold.

A few notes: my husband did get bullied for his vulgar-sounding last name, and he still gets comments on it, but he claims that he doesn’t want to change his name or take on my name.

And I don’t want to hyphenate the kids’ names because then Pipi would still be part of their last name. Also, our names hyphenated together would be quite long.

So AITA for telling my fiancé and MIL that our kids will have my last name?”

This person doesn’t think the woman is wrong for not wanting her kids to have the man’s last name…but they do think she’s wrong in some other regards. Take a look. 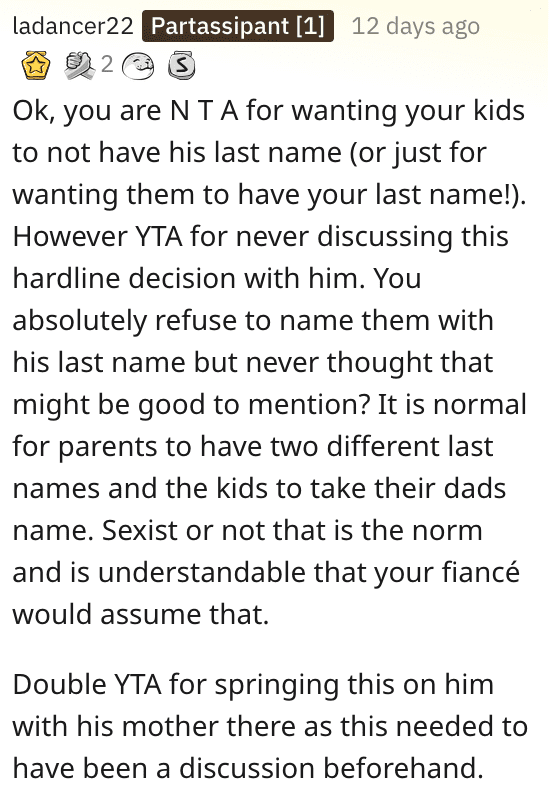 This Reddit user said that since kids aren’t even in the equation yet, maybe they just need to hold off on having this argument at all…for a while, at least… 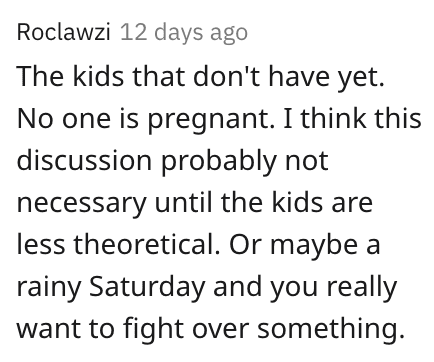 And this reader said she knows kids who actually alternate their parents’ last names.

That’s a new one… 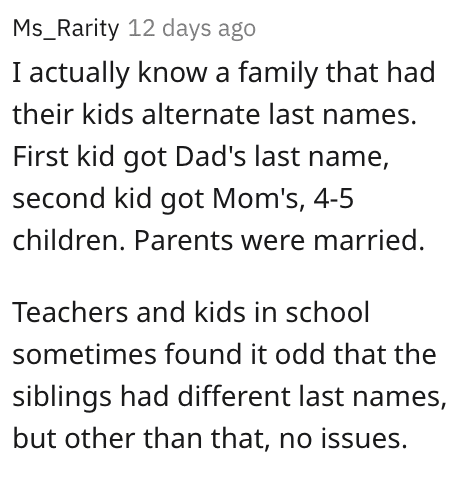 And lastly, this person said that the woman is very disrespectful because she didn’t even discuss this with her fiancée. 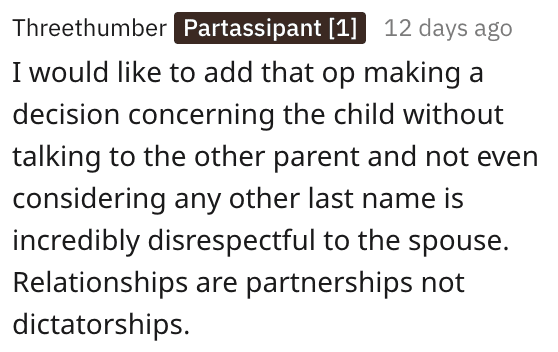