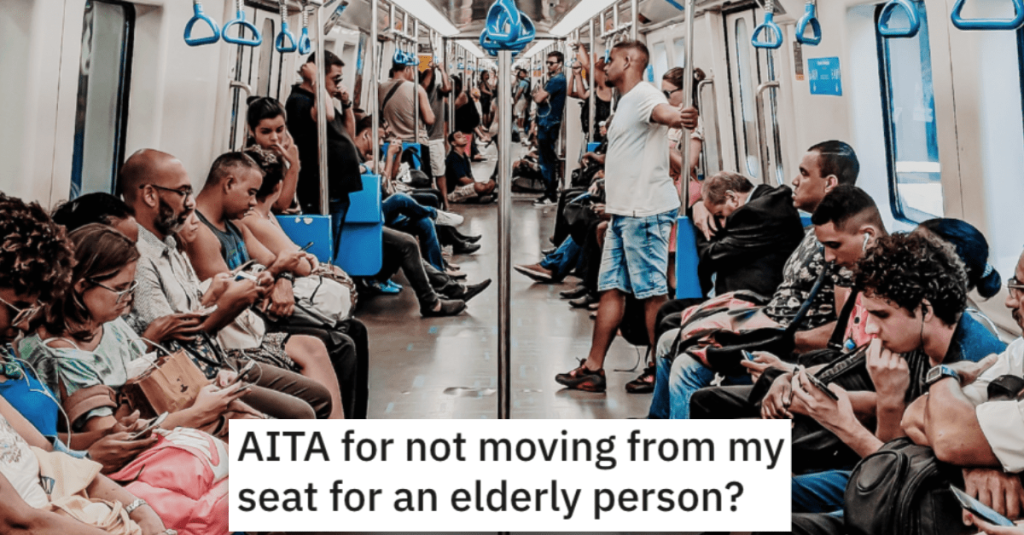 If you pay for a specific seat on a plane or a train, is it rude to not give it up if someone asks you to?

What if the person who asks is disabled?

I guess it depends on the situation, right?

Let’s see what happened in this story from Reddit’s “Am I the A**hole?” page and you can let us know what you think in the comments.

AITA for not moving from my booked seat for an elderly person?

“I (32f) recently got a train across the UK from London to Aberdeen. It’s a seven-hour journey so I booked myself a first-class seat well in advance. First-class seats on trains in the UK can be expensive, but I decided to treat myself because:

I was making the journey the day after returning from a two-week-long work trip abroad and I knew I’d be exhausted/ totally unable to function.

I knew I’d have work to do on the train, so I wanted to make sure I had space/ comfort to be able to work.

On certain trains in the UK, the first-class carriages have “individual seats” which means you’re not sitting next to or sitting opposite anyone. The space is entirely your own and you can spread out over the little table. I specifically booked one of those seats to enable me to work.

I got on the train at London and sat in my seat. The seat they’d assigned me was also the “priority seat”. “Priority seats” are the ones at the end of carriages for people with mobility issues due to age or disability etc. A woman got on after me who was around sixty-years old and pointed at the sign above my head and, quite rudely, told me to move because she was elderly.

Eventually, a train guard came over to try to help. The lady had booked a return ticket, but she hadn’t reserved a specific seat. For those who don’t know how trains work in the UK, if you have an “open ticket” and haven’t also booked a seat reservation, it means you can travel on any train, but you aren’t guaranteed a seat unless there’s one available.

He asked if either of us would consider moving to standard class if he could find us a seat. I again refused, explaining I’d booked the seat well in advance and that I needed it. He asked if anyone in the rest of first class would mind changing and no one agreed. Eventually he took the woman to standard class and I assume found her a seat there.

I felt bad, but I also don’t think I needed to put myself in severe discomfort because someone else didn’t think ahead and reserve a seat.

This reader said she’s NTA and that the train company screwed up here. 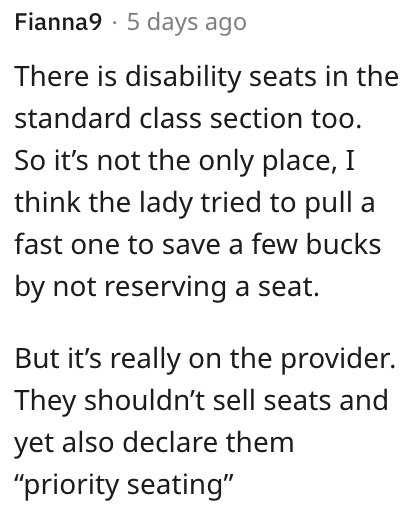 And this Reddit user said she’s NTA and that this has happened to them many times. 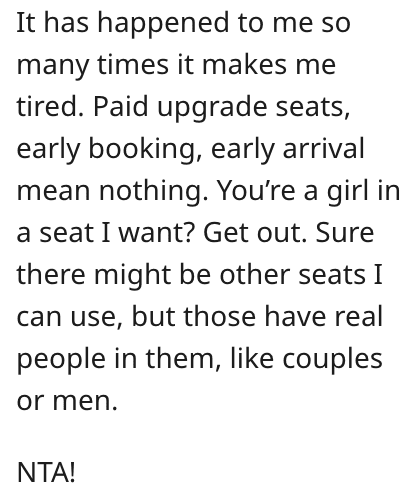