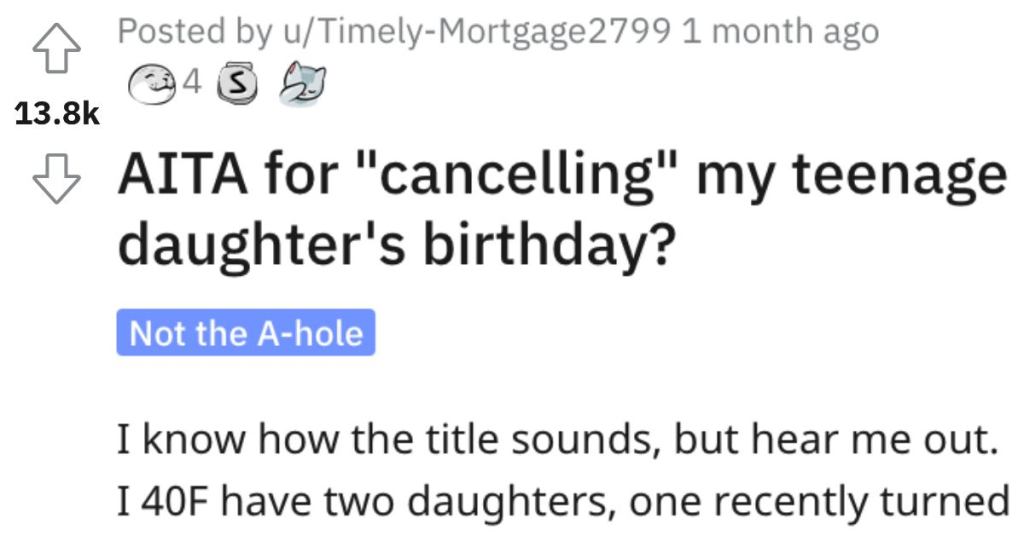 Birthdays are still usually a huge deal for kids when they’re young so if a birthday party is canceled, you know there’s gonna be a lot of drama.

Check out this story from Reddit’s “Am I the A**hole?” page and see if you think this mom stepped over the line.

“I know how the title sounds, but hear me out. I 40F have two daughters, one recently turned 16F and one is 11F. My 16 year old, Fiona, is very into fashion right now. She loves to watch Project Runway, Rupaul’s Drag Race, basically anything to do with fashion.

For her birthday, my husband 44M and I bought a rather pricey sewing machine. We agreed that although this would be an expensive purchase, it was one that Fiona would really enjoy for her 16th birthday.

Two weeks before Fiona’s birthday, my youngest, Cathy, came running to me sobbing. Her beloved American girl doll was missing. I tried to calm her down while my husband looked around the house.

A few hours later, Fiona arrived home after shopping with some friends. I told her about the situation and Fiona promptly said, “oh that old thing, I sold it.”

If ever there was a record scratch in real life moment this was it for me. Fiona then told me that she needed some money for a new spring wardrobe and didn’t think Cathy would mind since, “she rarely plays with the thing. It just sits there creepily in whatever outfit she put it in.”

Cathy was in the room and bursts into tears once more. My husband swiftly removes her from the room while I stare down my oldest. Fiona had this almost sly smile on her face before telling me, “I know you’re going to say to return everything, but almost all of the clothes were on final sale, so I can’t.” I told her she was grounded before sending her to her room.

I then sprung into action on getting Cathy her doll back. Took some time but I was able to not only cancel the fedex delivery, but the ebay seller understand the situation and accepted a refund.

Now, the problem with Fiona. I checked the receipts of the various stores and sure enough, my daughter bought almost everything on “final sale”. My husband and I were out around seven hundred dollars.

My husband and I returned the sewing machine to help cover our financial loss. As for Fiona’s birthday, we could still have dinner at his parent’s house, with the cousins and whatnot, be no gifts.

A few days before, my husband and I sat Fiona down and explained that due to her theft she would no longer be getting the sewing machine for her birthday. She wouldn’t be receiving any other gifts either. She did not take it well.

A few days later, I started receiving messages from more distant relatives and some of Fiona’s friends. Apparently, I am a complete a**hole for cancelling my daughter’s birthday and telling other people that she couldn’t receive gifts. Fiona posted this story all over social media.

I know that my daughter is hurting, but these are the consequences of her actions. Still, part of me wonders whether or not I went too far by baring everyone from giving her gifts.

One reader said this mom is NTA…but… 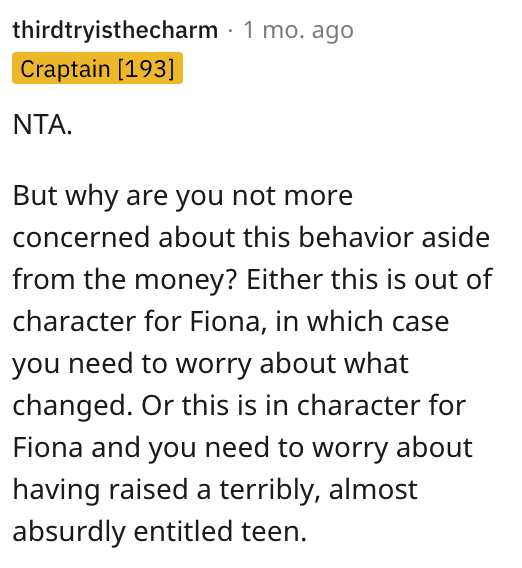 And another Reddit user said there are a lot of red flags going on here with her daughter. 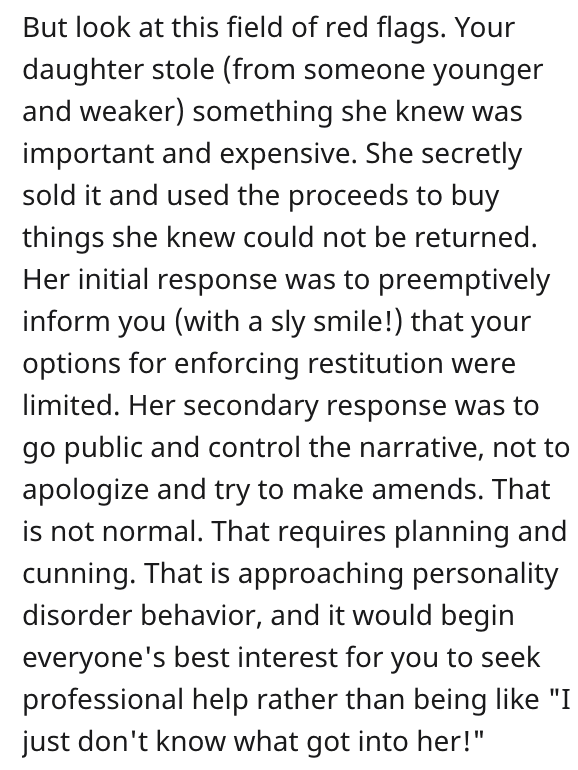 This individual said the mom is not the a**hole and that actions have consequences. 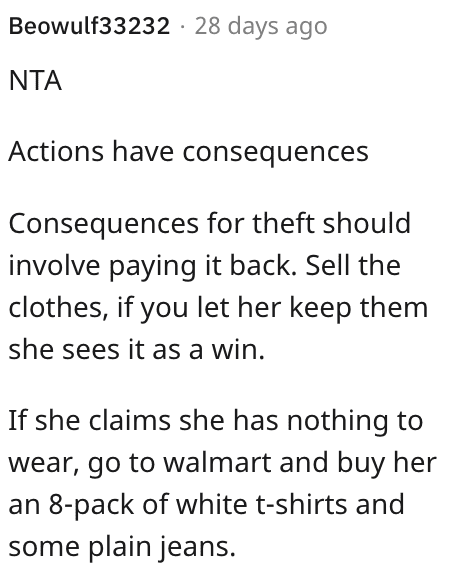