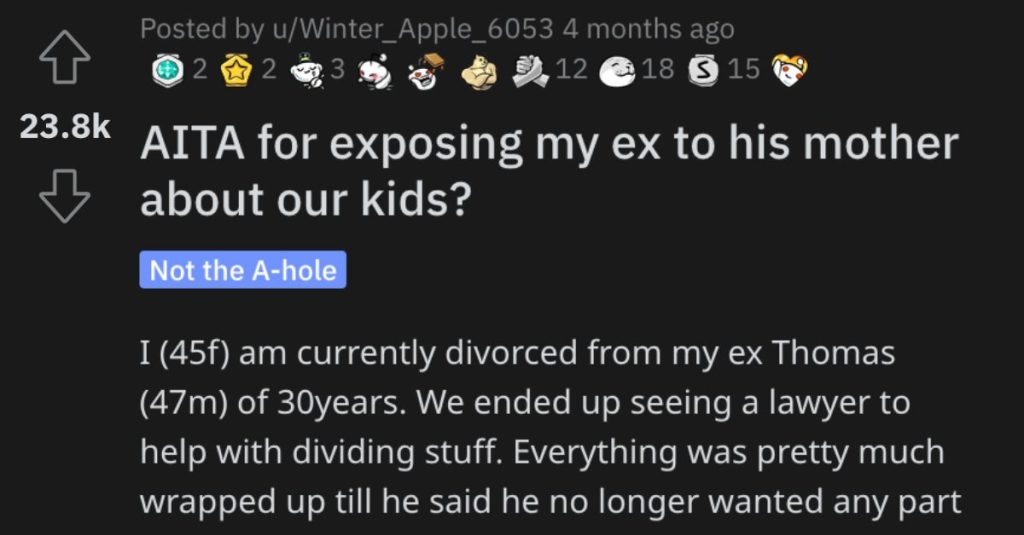 And it can be especially painful when it comes to family…

Take a look at this story from Reddit’s “Am I the A**hole?” page and see if you think this woman was out of line for what she told her ex’s mother.

AITA for exposing my ex to his mother about our kids?

We ended up seeing a lawyer to help with dividing stuff. Everything was pretty much wrapped up till he said he no longer wanted any part of our kids’ lives (5m) and (12f).

I didn’t argue with him about it since I already know what it’s like having a parent who doesn’t want you around or wants to be in your life. I asked what he wanted me to tell the kids and he just said “whatever you think is best I don’t care. I don’t want to parent anymore.” Everything was in agreement and signed with no fuss.

A few weeks later I get a call from my ex Mil asking if we could meet each other. When I came over she broke down crying and begging to let my ex see his kids again. I was confused about what she meant because not once did he contact me after meeting the lawyer.

She went on about how my ex said “he really missed them and that I was just a petty b**ch for taking full custody.” Also that he was crying for days about it. I told her my version of events and she called it bs saying her son wouldn’t lie like that especially not about his kids. Then I decided to call him in front of her. He didn’t know she and I were meeting that day.

I said “hey (5m) has a soccer game in a few days (which he did) and I was wondering if you wanted to go? I know he’d really love it and be happy to see you.” He instantly said “No. I already said I’m not doing this anymore.” I raised my voice a bit saying “well what about holidays and birthdays because we never discussed any of it and your family might want to see them.”

He just said ” my family already thinks the kids aren’t mine anyways so it doesn’t matter.” I asked”well how do you think this is going to effect Denise (his mom)? She is over the moon about them.” He just said ” She loves me more than the kids so I doubt this will be an issue for her.” After a bit more talking we finally hung up. Ex Mil was straight faced and nodded at everything that just happened saying “mmm okay.” She asked me to leave and said we would be in touch.

Later that day I got a call from my ex saying how it’s my fault he was kicked out of his mom’s house and possibly will be taken off her will. Also that none of his family members will talk to him because of what ex Mil heard. He threw a lot of insults at me before I hung up and now him and his mates keep calling and texting me. My friend is saying I shouldn’t have said anything in the first place and I ruined his life.”

This reader said she’s NTA and that she set the record straight. 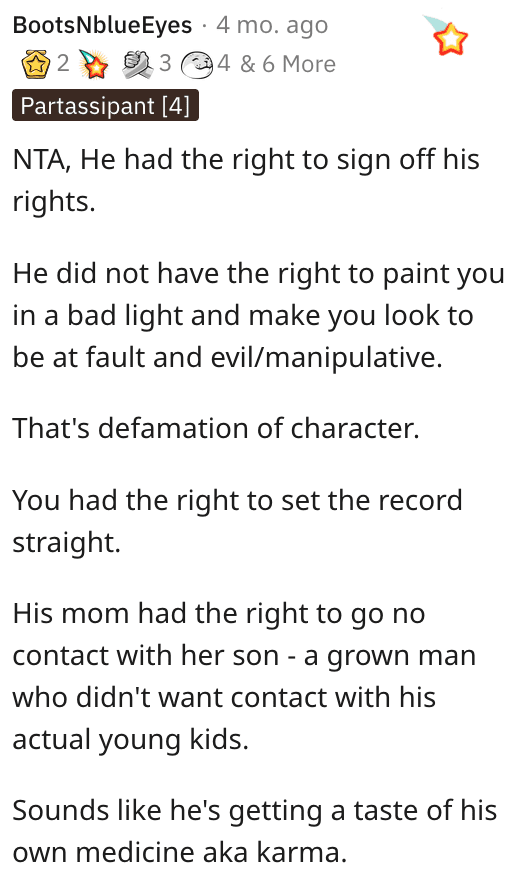 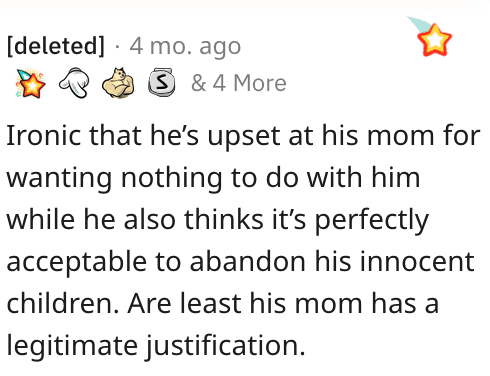 And this reader said she’s NTA and that his ex ruined his own life. 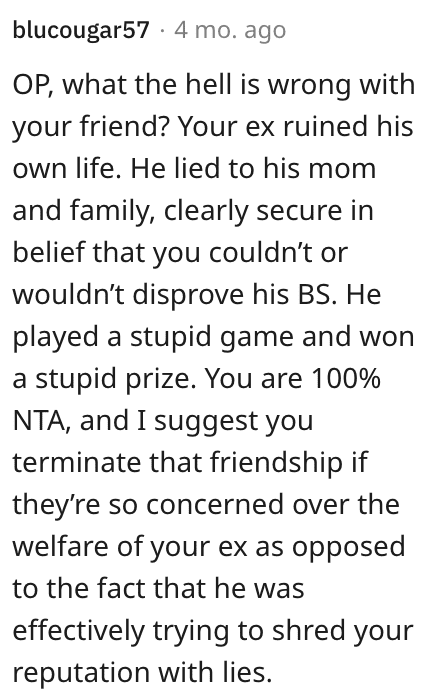