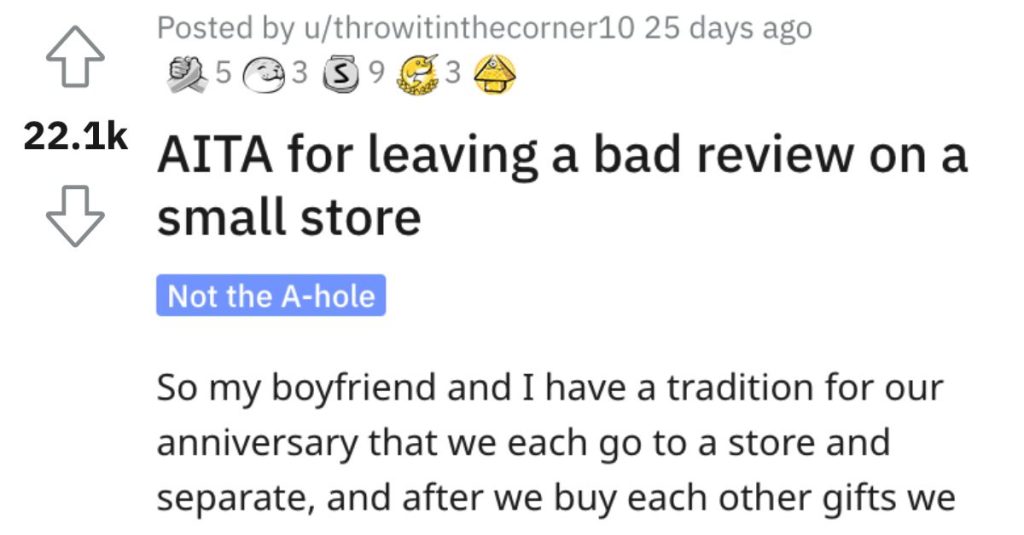 I’ve never written a review for a business but I definitely like to read them if I’m going somewhere for the first time.

And we all know those reviews sway our opinions about whether we’re going to spend our hard-earned cash at certain places.

Take a look at the story below and see if you think this woman acted like an a**hole for leaving a bad review for a small store.

AITA for leaving a bad review on a small store?

“So my boyfriend and I have a tradition for our anniversary that we each go to a store and separate, and after we buy each other gifts we exchange in the car. It’s silly and cute.

We separate and I go look at stuff for my boyfriend. A worker walks up to me and starts chatting, then points at my leg. I have a pretty big tattoo of Kakashi from Naruto on my thigh, among other anime tattoos.

He asks if I got that for my boyfriend and I said no, I’ve always loved Naruto and then showed him my other tattoos which included the leaf village symbol, Gaara of the sands gourd, and a piece on my arm of Asuma Sarutobi.

He started quizzing me on the lore of the anime and I told him I wouldn’t have spent $1000 on tattoos of an anime I didn’t know about, and I didn’t appreciate him trying to catch me in a “Gotcha” moment.

I told him I didn’t need his services and he can go back to the front desk. He told me I was a “rude wannabe b**ch” and walked into the back and I continued purchasing my items.

I left a review later, TLDR: if you’re feminine presenting enter with caution, one of the employees will call you a b**ch when you don’t want to prove your “nerd cred” to him.

The owner left a comment on my review asking for an email conversation and asked that I take down my review because people have started complaining about this employee as well and his sale revenue has dropped.

I told him I wouldn’t and maybe he shouldn’t hire misogynists if he doesn’t want bad reviews. My friends tell me I’m over reacting.

One person said she’s NTA and that Naruto isn’t very hard to understand. 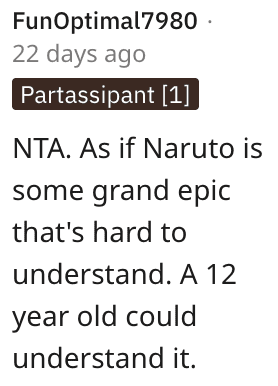 And this Reddit user also said she’s NTA and that the store owners might not have known what kind of employee they hired. 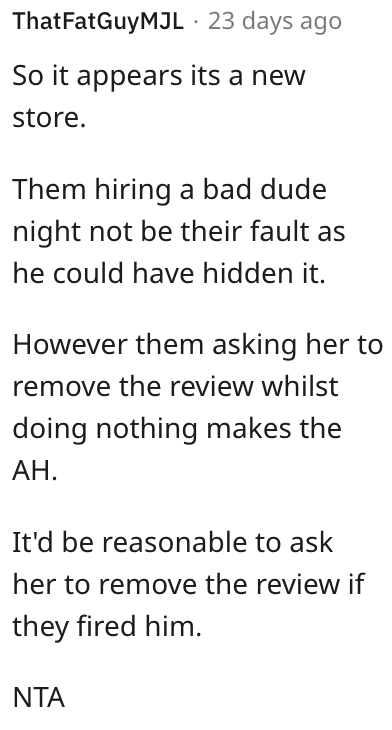 Another individual said it’s okay for businesses to make mistakes but it’s how they handle it that makes all the difference.