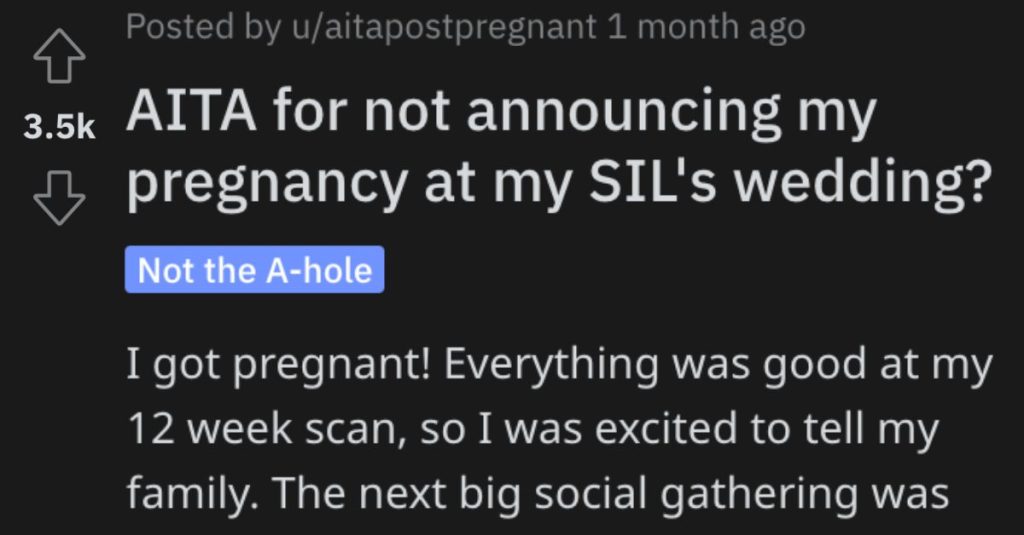 Call me crazy, but I think it should be up to the person who’s actually pregnant to decide when they announce the big news…

But you know people out there are crazy!

And that has this woman asking the folks on Reddit’s “Am I the A**hole?” page if she was out of line for not announcing her pregnancy at her sister-in-law’s wedding.

Let’s see what the heck is going on here.

AITA for not announcing my pregnancy at my SIL’s wedding?

“I got pregnant! Everything was good at my 12 week scan, so I was excited to tell my family.

The next big social gathering was Bob and Janet’s wedding. I know you aren’t supposed to announce a pregnancy or engagement at a wedding, so I went, and it was great, and I didn’t tell anyone.

Almost a month after the wedding, I hosted a dinner where I announced my engagement and pregnancy. Everyone was excited but Bob and Janet. Later, they pulled me aside and asked why I hosted a dinner and why I didn’t I just announce it at their wedding.

I replied that I didn’t want to overshadow them on their big day. They said I could have just said it then and they would have been ok with it. They told me I was an a**hole bc people could have been enjoying their evening and I ruined it and wasted a lot of time and money.

I don’t think I am the a**hole, but I need an unbiased pov. 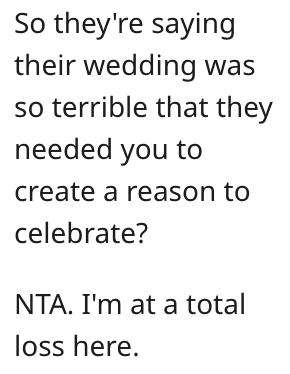 Another individual made a good point about this whole situation. 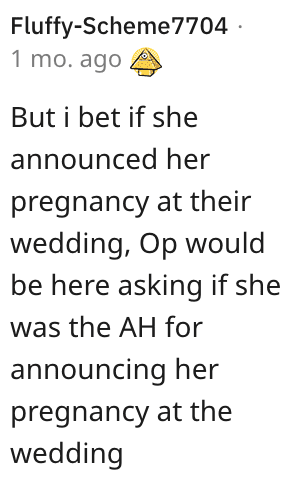 And this Reddit user said she’s NTA and she shouldn’t invite this couple to any events in the future. 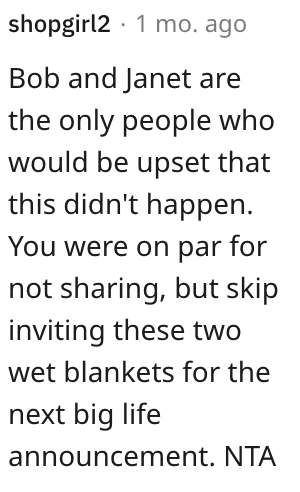