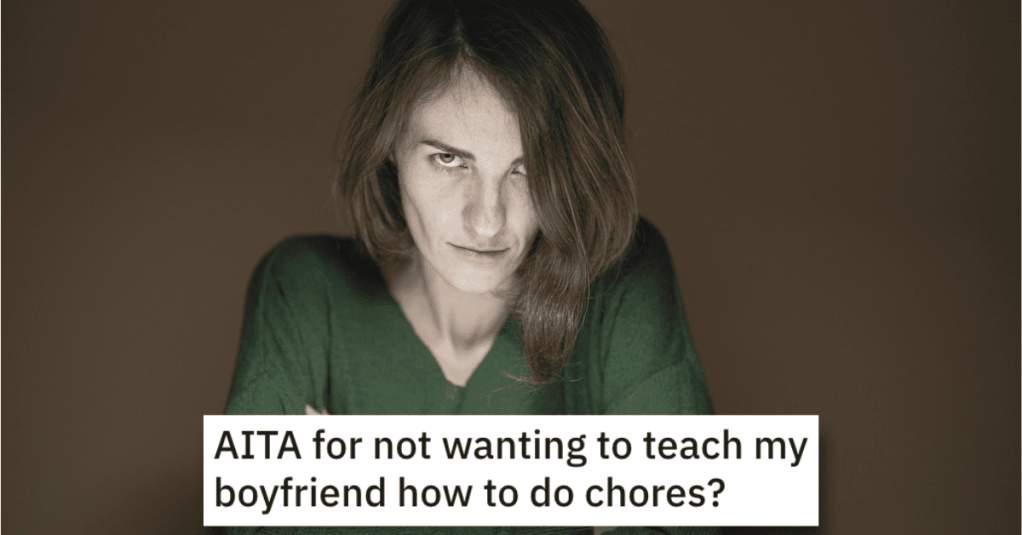 This is just bizarre to me…

What adult doesn’t know how to do chores?

Well, apparently this guy…and his girlfriend is pretty tired of it.

Read on and see what happened and if you this woman was out of line.

AITA for not wanting to teach my boyfriend how to do chores?

“Just as title says. I’m 20F, and my boyfriend (23M) has always lived at home where his mom did most (all) of the chores.

He moved in with me a few weeks ago, and asked me to help him ‘learn’ how to certain things.

I started with cooking, I figured that would be one of the most useful skills to know for him. So every night when I’m cooking he ‘helped’ a bit, with me explaining why and how I do things. That has been the first two weeks or so. This week I told him to try himself without help, I found some easy recipes of foods that he likes, and left him to try things out.

I’m tired of it. And that’s just cooking, I’ve been doing almost all the other chores myself too.

So I told him I’m done. That he’ll do his own laundry, cook every other day, and do the dishes on the days he doesn’t cook. That he can ask certain things, but only if he can’t find the answer himself, and I won’t show him / do it for him.

He got upset because ‘relationships are about helping each other’, but I feel like he doesn’t want to learn and just push things off on me. I’ve shown him how to make French toast twice, but he still claims he ‘doesn’t know how to do it’. I even wrote down the recipe! I just want him to put in some effort instead of expecting me to do it all.

I’ve talked this over with my mom, and she said I should be grateful he’s even asking to learn.

My boyfriend thinks I don’t want to help him with anything. I think he’s a grown man and shouldn’t need his hand held the entire way, especially with simpler stuff.

Now check out how Reddit users reacted to this story.

This reader said she needs to Google this term to understand what her boyfriend is probably up to.

And this person said that she shouldn’t buy into his act. 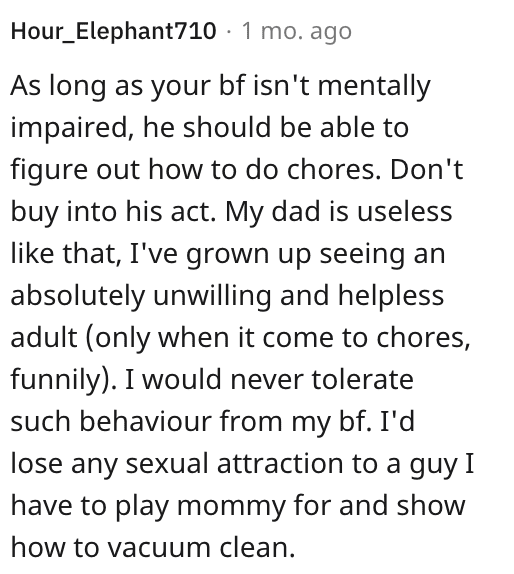 Another reader said that she needs to lay down the law with one simple sentence with this guy. 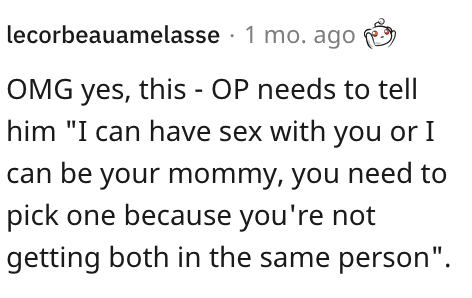