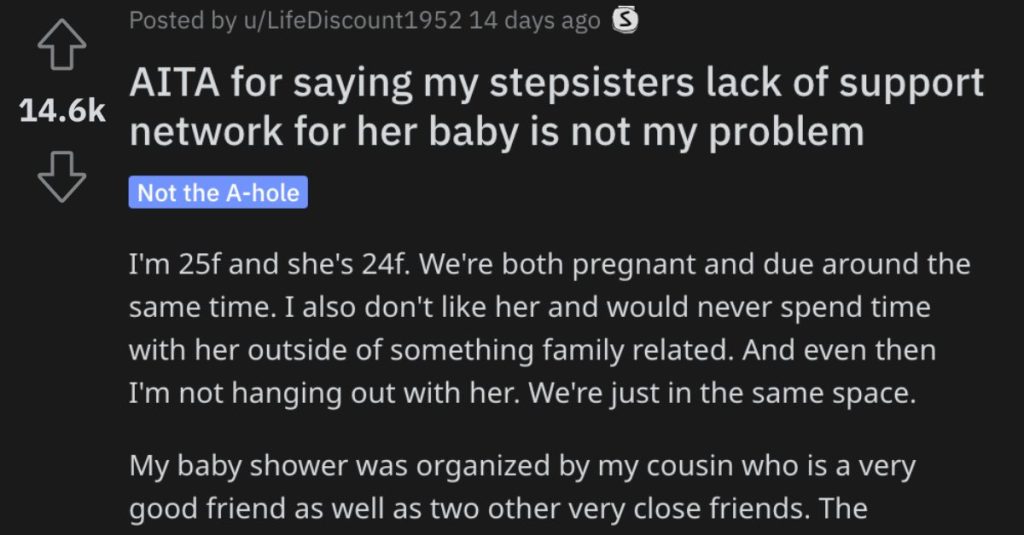 Sometimes, you just gotta put a person in their place…

It could be a friend, a family member, a co-worker, or even a complete stranger.

Take a look at this woman’s story and see if you think she was out of line for what she said to her stepsister.

AITA for saying my stepsister’s lack of support network for her baby is not my problem?

I also don’t like her and would never spend time with her outside of something family related. And even then I’m not hanging out with her. We’re just in the same space.

My baby shower was organized by my cousin who is a very good friend as well as two other very close friends. The shower is today actually.

My step sister had nobody offer to throw her a shower and weeks ago my mom asked me to let her share mine. I said no. My stepsister then asked me to throw her one. I said no yet again. We’re not close enough for me to invite her so I’m not going to spend my money throwing her one.

My mom told me she has nobody, that none of her friends offered and nobody in her bio family or our side offered either. I told mom it’s not my fault she has nobody. I pointed out it’s time for them to ask why people don’t want to do this for her, why she has no support network outside of her and her husband. Mom said I should be doing more because we’re “sisters”. My reply was her lack of support network and baby shower are not my problem.

For context: my stepsister and I both lost our other parent. My mom married her dad when I was 9, she was 8. She has always claimed her loss was greater than mine, has outright told me I don’t have the right to grieve him the way she grieves her mom.

She made up a lie when she was 14 about my paternal grandparents calling her an unwanted bastard because she was jealous they wouldn’t take her out when they spent time with me. She told my cousin (paternal cousin) that they had to treat her like family or she’d get them in trouble too.

It’s how she got found out. She’s also the kind of person who expects you to do what she wants and would never reciprocate. So I dislike her. I don’t consider her my family and I still call myself an only child.

My mom, her husband and even my stepsister are outraged that I would be so “callous” about her. They say I should care about her and my “niece”.

This reader said this woman is NTA at all. 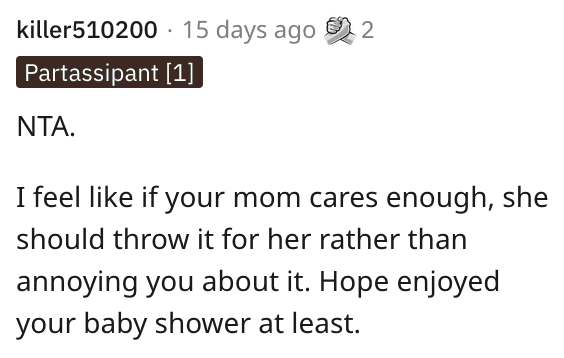 And this individual agreed she’s NTA and had some interesting insight about the situation. 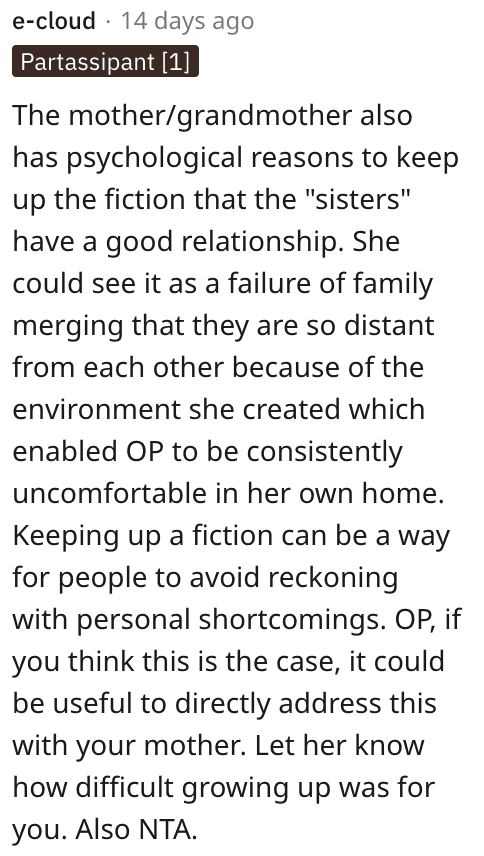 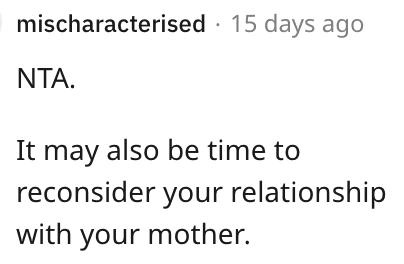