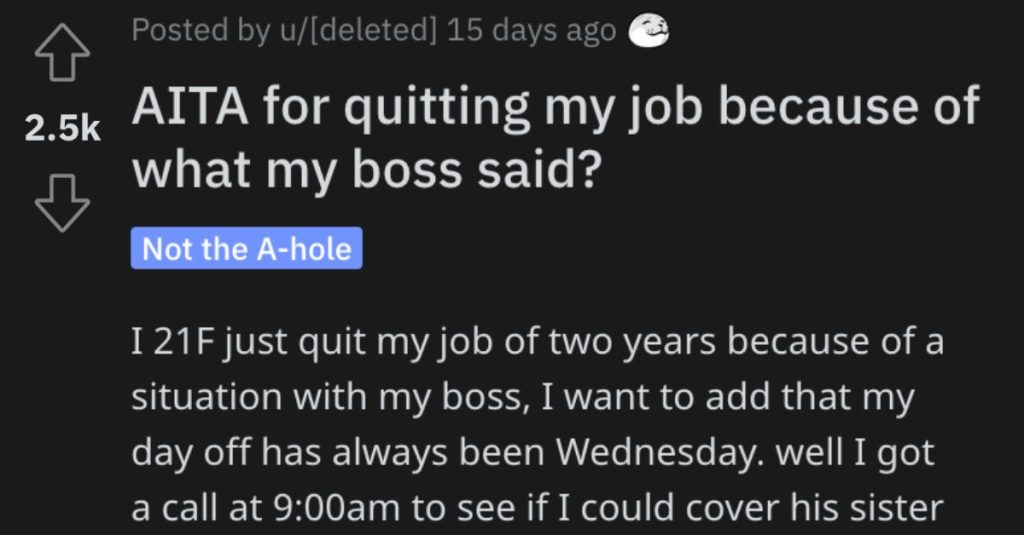 Woman Asks if She’s Wrong for Quitting Her Job Because of What Her Boss Said.

And it sounds like this woman got to that spot with this job and she decided to quit.

AITA for quitting my job because of what my boss said?

“I 21F just quit my job of two years because of a situation with my boss, I want to add that my day off has always been Wednesday.

Well I got a call at 9:00am to see if I could cover his sister in laws shift because she wasn’t feeling good, Normally I would go into work on my day off to cover anyone who couldn’t make it but this was 30 mins before the store would open and we have to be there at 9am to get the store ready.

Also I didn’t have time to take my son (3yo) to daycare, I said no because I have to go see my mom in the hospital (she’s been having heart problems, already has diabetes and passed out and has been in the the hospital a few days.) well when I said no he was silent and then said “well to be honest with you, that’s not my problem I don’t want the next time you can’t work to be this excuse again.

I tried reminding him it was my day off but he had hung up. I just went about my day visited my mom, around 10am I saw his sister in law posted a picture of her with her sister,my boss and their kids with the caption “breakfast with the family” I sent him a message saying that I know my mom being sick isn’t his problem but trying to get me to cover his sister in laws shift, just so they could go out for breakfast wasn’t the way to go about getting me to come into work on my day off.

He tried lying and saying they didn’t go out and I just sent him the picture and told him I wouldn’t be coming back to work anymore. Now I’m getting messages from my old coworker’s, his wife and sister in law telling me that I could’ve just went to see my mom another day and I made it into a big deal for no reason so

This reader said she’s NTA and that her boss sounds like a manipulator. 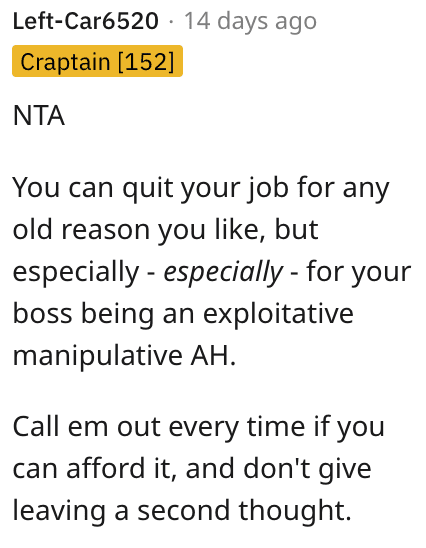 And another individual agreed and said she should be glad she doesn’t work there anymore. 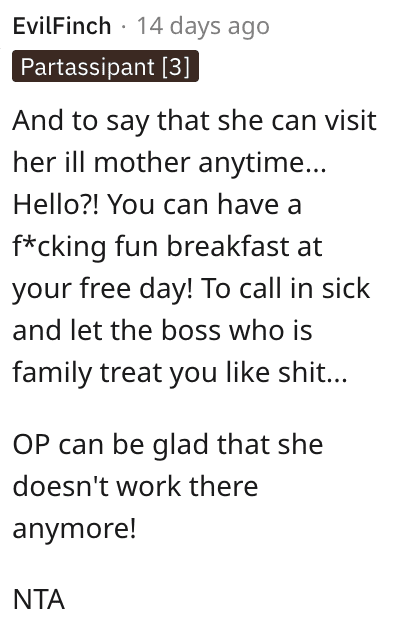 This Reddit user also said she’s NTA and that her child and her mother are her priority. 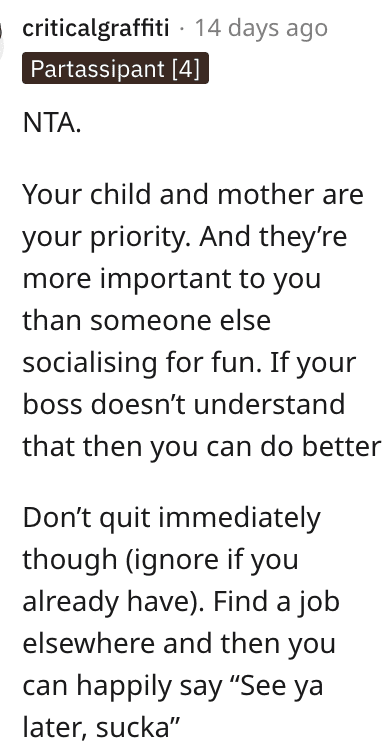