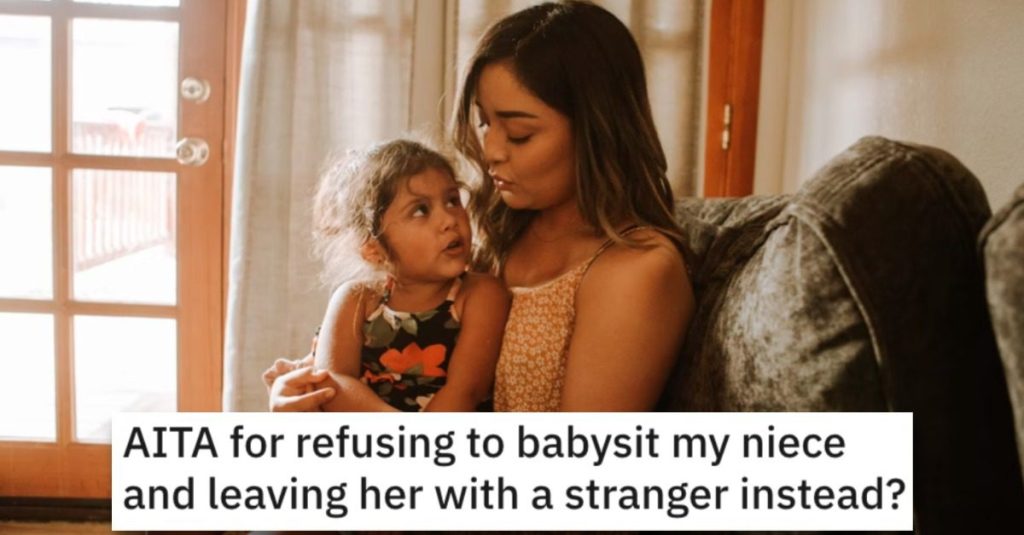 Would you ever leave your kid with a stranger?

How about leaving someone else’s kid with a stranger?

Yeah, that doesn’t sound too good, now does it…?

But I’m sure this woman who shared her story on Reddit’s “Am I the A**hole?” page had her reasons, right?

Read on to get all the details and tell us what you think in the comments.

AITA for refusing to babysit my niece and leaving her with a stranger instead?

“I (F24) am an aunt to my 1 year old niece Ava. My sister and BIL live close to me so I babysit for them sometimes. They don’t pay me but I’m happy to do it anyway.

On Friday was their anniversary and they asked me 3 weeks in advance if I could babysit, I provisionally agreed because I had nothing else planned. My plans changed however when some of my old college friends told me they were stopping by my town on Friday. I haven’t seen them in nearly 3 years and really wanted to see them.

I gave my sister 5 days notice that I could no longer babysit on Friday, and that she should make other arrangements. She didn’t respond to the text, but she read it, so I assumed it was OK.

On Friday however sister stopped by my house with Ava. I was confused and asked why she was here, she told me she was leaving Ava with me as originally planned. I said again I was busy, she replied that family is more important than my “silly college friends” and I should step up to my responsibility as an aunt.

Before I could protest, she bolted back to the car where BIL was and they drove off, leaving Ava with me. I tried to call her after she left but she had her phone off and none of my calls went through.

I didn’t know what to do. I couldn’t leave Ava alone but I also didn’t want to cancel my plans.There’s no other family members who live near me- however I do have a friend, Jade, who lives near.

She is good with kids and does baby sitting as a side hustle. I called her and explained the situation, even offering to pay her to look after Ava, but she was understanding and said she’d do it for free. I thanked her profusely and dropped Ava off.

I texted my sister to say I’d left Ava with Jade and to collect her from her house. It’s relevant to the story that neither sister nor Ava know Jade personally. My sister didn’t respond immediately but after about 2 hours she started spamming my phone. I turned my phone off, as I was already out by that point anyway.

They picked up Ava later that evening and she was perfectly happy, however my sister and BIL are furious at me for “dumping Ava with a stranger” (even though they know Jade is a trusted friend of mine.) They accused me of endangering my own niece. Many other family members have sided with them and I’ve been getting angry texts all weekend.

I really don’t know what to think, I felt like I acted as best I could given the circumstances.

One reader said she’s NTA and that she gave her sister plenty of warning time. 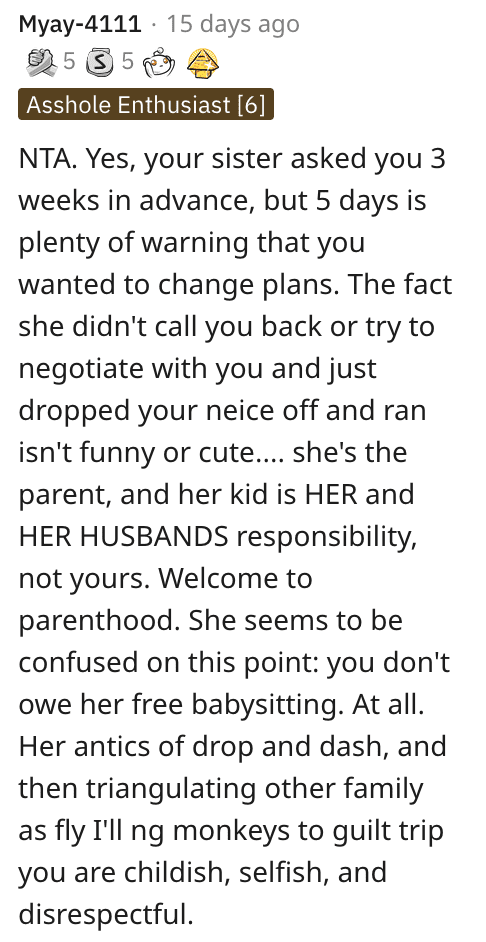 And another individual talked about what they think might happen next… 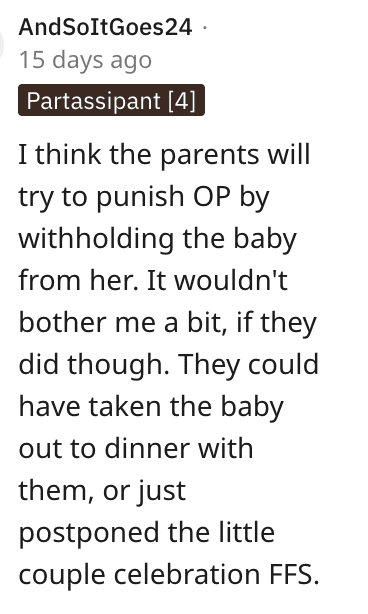 And this Reddit user said she’s NTA and she needs to stop the free babysitting now. 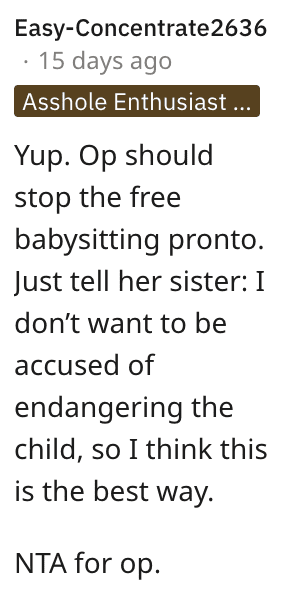