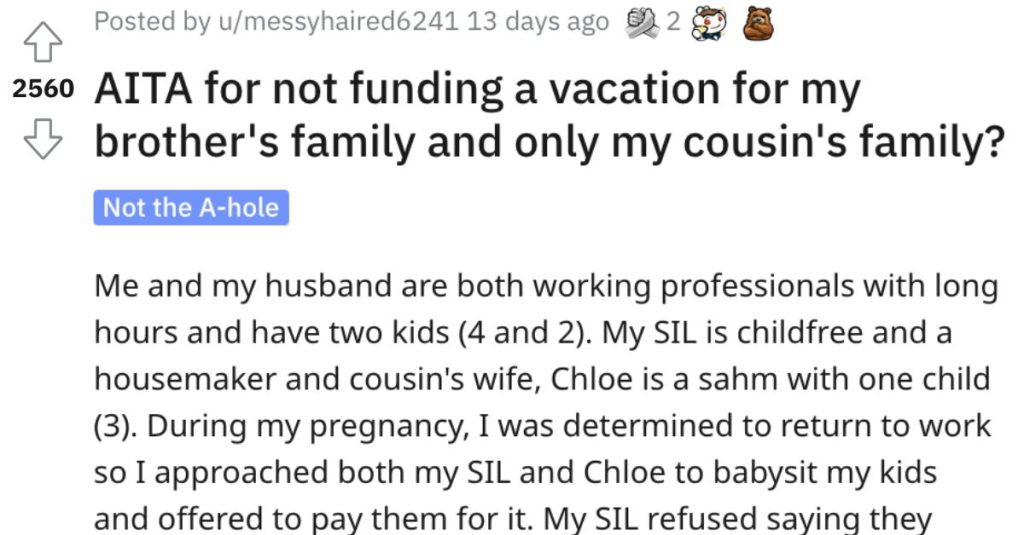 Well, this sure is a strange story…

And it proves just how weird some people can be and how complicated family dynamics are.

Take a look at this story from Reddit’s “Am I The A**hole?” page and stick around to see how readers responded.

AITA for not funding a vacation for my brother’s family and only my cousin’s family?

“Me and my husband are both working professionals with long hours and have two kids (4 and 2).

My SIL is childfree and a housemaker and cousin’s wife, Chloe is a sahm with one child (3). During my pregnancy, I was determined to return to work so I approached both my SIL and Chloe to babysit my kids and offered to pay them for it. My SIL refused saying they were childfree. I thought I would have to find a daycare but luckily Chloe agreed but refused pay.

So instead, every year I fund a two week long vacation for my cousin and Chloe (and now their child). My brother and SIL did not know about these vacations being funded by me. A few days ago, I got a call from SIL, fuming and angry crying that I favoured my cousin’s family over my brother’s. She had been talking to Chloe in the phone when she had accidentally mentioned their upcoming trip to Greece with an all inclusive resort.

My cousin had been having some financial troubles ( nothing major but just not enough to afford a trip right now) and everyone in the family knew this. On being questioned by SIL, she told her that we funded it and all the other vacations as well. I tried explaining to her that the trip was a thanks for Chloe’s help which led to SIL going ballistic about me discriminating against childfree people. I tried to explain but she kept cutting me off so I hung up on her.

Later my brother called me, I understood he was a bit hurt from his tone but asked my side of the story. I told him. He said he understood but maybe I should apologize to SIL because her mother always pressured her to have children and that a woman’s life is unfulfilled without having children which is complete bulls**t.

I sympathized with her so I called her up to apologize for not telling brother and her about funding a vacation for my cousin’s family. She said she’ll accept the apology if I gift her and brother a 6 month long world cruise once the Covid pandemic ends fully to make up for all the vacations I didn’t fund for them.

I was completely taken aback. I said I would think about it. I hung up and looked up the prices and the cheapest ticket was about 50000 per person. I cannot afford that now or in the foreseeable future. So, I texted her that the best I could do was to send them on a trip to Greece after my cousin comes back from his. Well, she blew up. Spammed me with messages calling me a b**ch, a**hole and again accused me of discriminating.

What I was surprised by was, my mother calling me and telling me I’m being insensitive to my SIL and she is going through a tough phase standing up to her mother. I told her I can’t afford a cruise like that and she said, I should cancel my cousin’s trip for this year and the next few years and save up for the cruise.

I refused and she called me an a**hole. I truly can’t afford that cruise and these trips are the repayment for Chloe who takes care of 3 kids, 5 days a week.

I want to know if I was the a**hole for not funding trips for my brother and SIL as well which has led to the current situation.”

This reader made it simple: they think the sister-in-law is totally delusional. 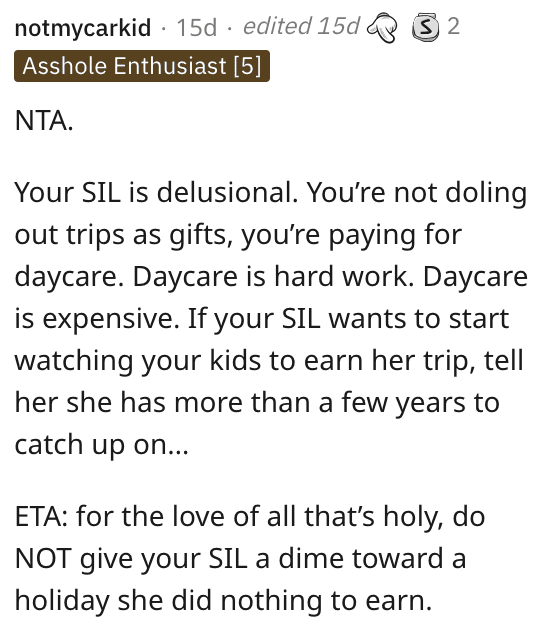 Another person said that the woman should not budge and give her sister-in-law a darn thing. 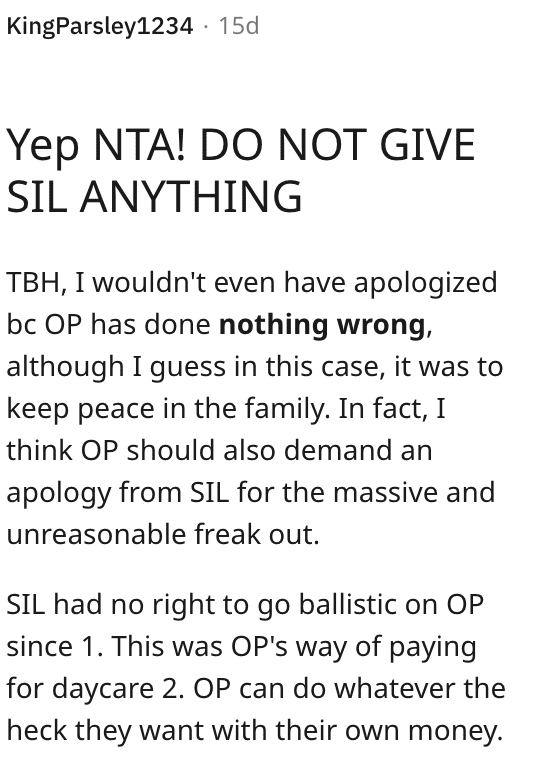 This reader said that demanding a six-month vacation is, quite frankly, insane. 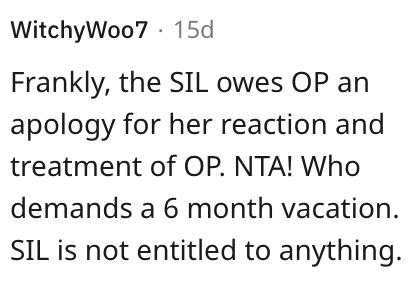 And finally, this Reddit user said what we were all thinking…go get a job and pay for your vacation yourself! 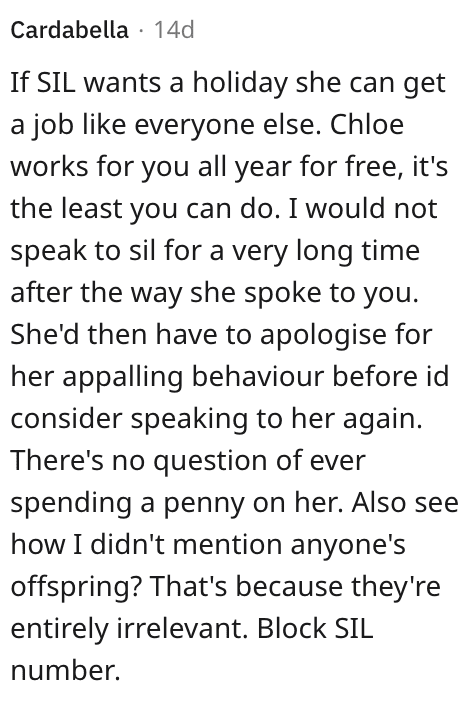