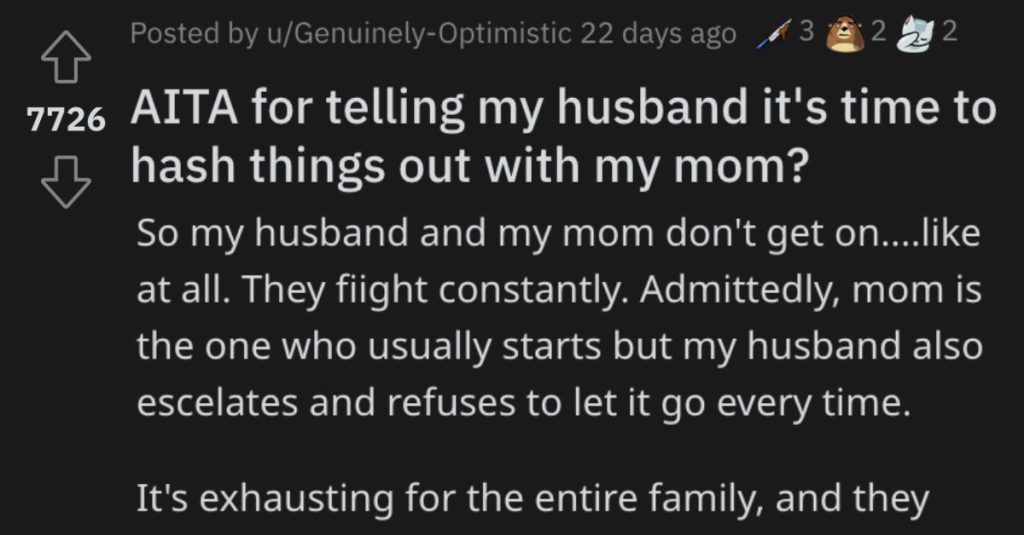 I can’t imagine being married to someone and having them not get along with my parents or my siblings.

But relationships with your in-laws are complicated, right?

Check out this story from the “Am I the A**hole?” page on Reddit and see if you think this woman is out of line.

AITA for telling my husband it’s time to hash things out with my mom?

“I know this gonna sound weird but I’m literally struggling with it.

So my husband and my mom don’t get on….like at all. They fight constantly. Admittedly, mom is the one who usually starts but my husband also escalates and refuses to let it go every time.

It’s exhausting for the entire family, and they don’t even fight over something worthy, they just nitpick each others words. My husband told me many times that the solution would be that he stops going with me over to mom’s house.

I refused this solution because it’s not practical nor is fit for long term. Besides I don’t feel comfortable attending family functions by myself like I’m single. My suggestion is for him to try to ignore her at least and he said he would try.

On mother’s day dinner, mom noticeably started commenting on my husband’s mother implying that she h**ed her children and isn’t proud to be a mom just because she refused to celebrate with them. My husband wanted to respond but whispered to him to let it go and stay calm. And he did. He still looked visibly upset but didn’t say a word which made me think that my solution worked. But I was wrong.

Once we got home he followed me to the bedroom and said “Listen, I AM NEVEEEER EVEEER GOING BACK TO THAT HOUSE EVER AGAIN AFTER ALL THE S**T YOUR MOM DONE” I sighed and didn’t say anything til he started throwing a fit about me watching my mom insult his and not wanting him to react.

I Snapped and told him he was acting childishly. He asked how and I told him by giving out threats and saying he won’t go with me to my mom’s house again. He tried to make excuses saying my mom created this situation and tried to put all blame on her. I told him he’s no saint either, he has his moments and has a habit of letting things get this far.

He said that I was the one who let things get this far by not setting my mom straight. I told him his problem is with her and that it’s time that hash things out with her once and for all, Just him and her. He sorta looked like I just offended him and told me I was wrong because this is my mom and it’s my JOB to put a stop to her shenanigans and get her to understand that he was sick and tired of her bulls**t.

I told him he’s an adult why should I defend him while he hides behind me?. He was like “OKAY OKAY OKAY. DON’T GET INVOLVED IN THE PROBLEM BUT DON’T TELL ME HOW TO DEAL WITH IT”. then walked out and stopped talking to me. He even took the couch which made me think that he was punishing me for something I didn’t do.

One reader said it sounds like this woman doesn’t even like her husband because of the way she’s acting. 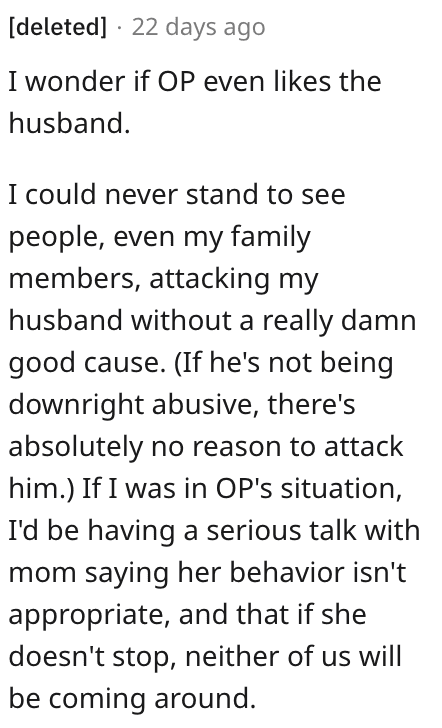 And this Reddit user said she’s supposed to back up her husband, which she isn’t. 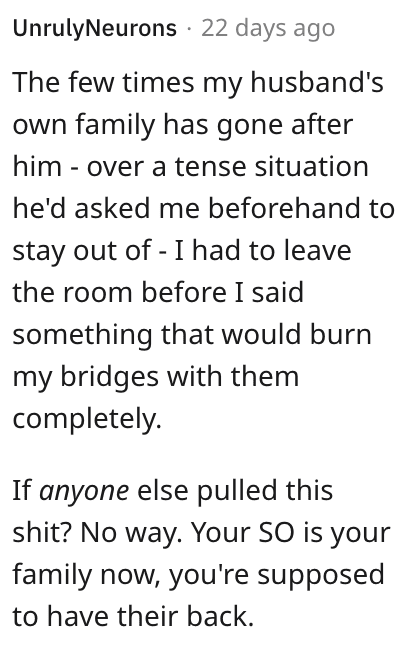 This individual said that at some point, people have to take responsibility for their actions no matter how toxic their environment was when they were growing up. 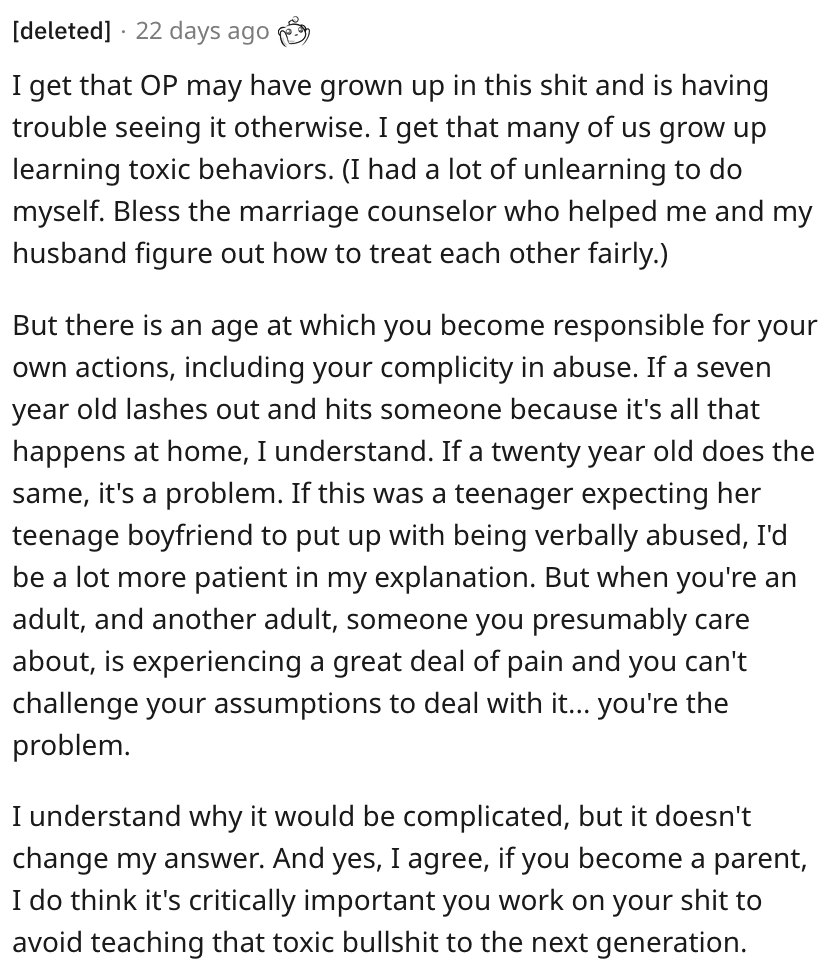