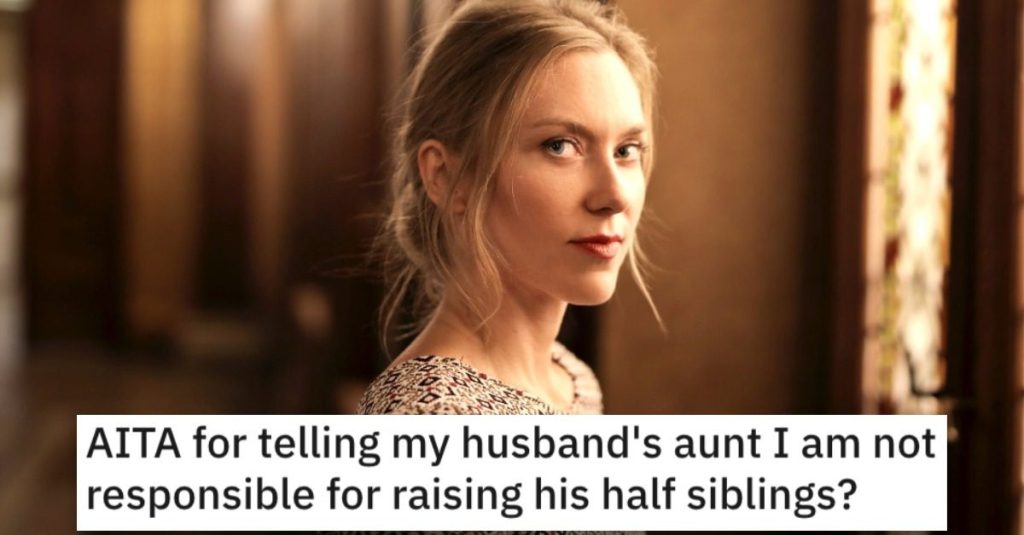 This story sounds complicated right off the bat, don’t you think?

Being asked to raise someone else’s kids?

And a woman shared her story on Reddit’s “Am I the A**hole?” page to see what the fine folks there think about her problem.

AITA for telling my husband’s aunt I am not responsible for raising his half siblings?

“My husband was told three months ago that his father, who he was estranged from, and his father’s wife, had passed away in an accident and he had been listed as the person to become guardian to their two young children.

My husband had no idea his father had done this. He never actually met those children. He was estranged from his father by the time the older of the two was born, though he did know the older child existed.

My husband told the person who called that he was not willing to become their guardian. The person understood and what ended up happening is my husband’s aunt took the kids. This is his father’s sister.

She wants my husband to take them still. She has reached out countless times to convince him to meet the kids and form a relationship and see if he could build up to wanting them. He has no interest in this. After my husband blocked her and stopped responding completely, she decided to show up at the house while I was working.

She told me we needed to talk and proceeded to tell me I could decide we are taking them and I could be the person to make the first step. She told me they were just as much my responsibility, as my ILs, as they are my husband’s, and that they are children who are orphaned and don’t need the family history being the reason they never know their brother.

The family history is my husband’s mother died when he was 17. His father was having an affair while she was sick. The affair partner became his wife. My husband never forgave him and left before he turned 18 and before their oldest child could be born.

I told the aunt I had no responsibility to raise the kids, that I was not going to raise them if my husband wasn’t interested. I told her if SHE doesn’t want them she should say so, but she should not try to force them into a home where they are unwanted and unloved.

I told her it’s tragic for the kids but they are not my children. She called me heartless and told me that as a woman I should be ashamed to be married to someone who would discard flesh and blood children over the actions of adults. I made her leave.

I had to then block her on my work phone because she attempted to reach me there to tell me once again that I am this bad person.

Hmmmm…take a look at what folks had to say on Reddit.

One reader said she’s NTA and that their dad was crazy for pulling something like this. 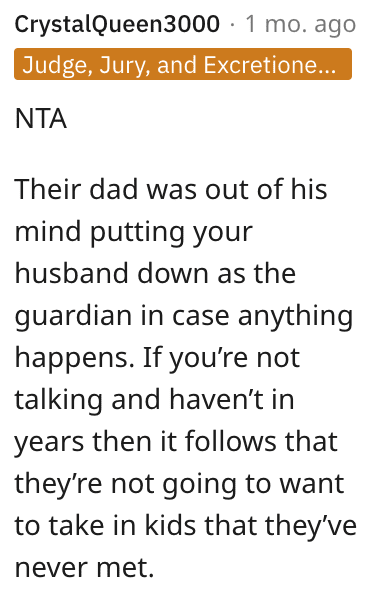 Another individual said they had something similar happen to them but the people ASKED first. 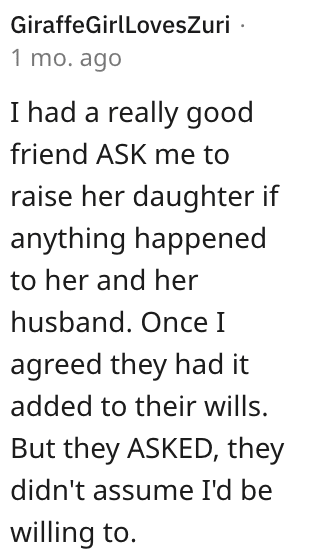 And this reader said the aunt is out of line for guilt tripping them about this. 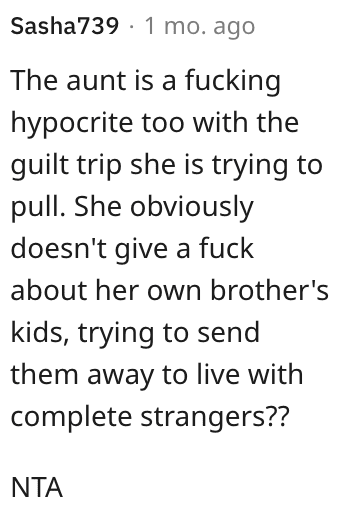